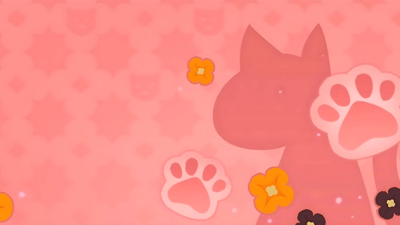 Diona is a healer and shielder support character in Genshin Impact. Her shield strength and healing rely on her HP, which suffers if you decide to build her as a DPS. Either way, she can be an excellent character to obtain.

Icy Paws (E) fires off its namesake. The number of paws released depends on whether the button is pressed or held. Two shoot out when it’s the former, and five when it’s the latter. Shield strength is based on her HP, with duration depending on how many projectiles hit a target.

The target doesn’t have to be an enemy; it could be the floor or an obstacle. The only criterion is that it has to hit something. With her first passive, allies shielded by her skill get a Movement SPD increase and a Stamina Consumption decrease.

Signature Mix (Q) makes Diona throw her signature cocktail, creating a Drunken Mist in an AoE. It applies Cryo to enemies while simultaneously healing allies periodically within its area. It has several upgrades from passive talents and constellations.

Despite the focus on support, making her a DPS is possible. Some are even calling it ‘discount’ or ‘mini’ Ganyu. The build will be described in the next section.

When focusing on increasing shield strength and healing, you’ll want to increase Diona’s HP. The best way to do that is using 3x HP artifacts or the 2-set Tenacity of the Millelith. HP substats will also help with this. However, depending on your set, Diona might also need some Energy Recharge for buffs that activate upon using her Burst.

Possible Sets: Maiden Beloved, Ocean Hued, 2 Tenacity of the Millelith or 2 Emblem of Severed Fate with 2 of the other mentioned sets, Noblesse Oblige

This can be a challenging build to do since it needs the best combination of stats, a proper bow, and good team composition. One example is Amos’ Bow as a weapon for Aimed Shot DPS Diona. There are other alternatives, but it is the best weapon for this build. As usual, you’ll want a high Crit DMG, with Crit Rate as less of a priority due to using Aimed Shots.

As for teams, Shenhe is almost a requirement, as she can buff the damage of Cryo users. Still, you can make do with the Thrilling Tales of Dragon Slayers catalyst or a Noblesse or VV user to get the required buffs or shred.

Lastly, this build is more effective with C4 Diona. The upgrade lets her charge up Aimed Shots faster when in her Burst’s AoE.

Most players give her the Sacrificial Bow or Favonius Warbow when using her as a support. Other alternatives are:

As a DPS, Amos’ Bow is the best, seconded by:

Unfortunately, you can’t get a DPS and high-healing Diona, so you must choose a focused build for her.

Hailing from the Kätzlein clan, Diona sports her family’s distinctive ears and tail. She’s a little clumsy and naive, but you can trust she means well.

When she was around seven years old, she befriended a ‘spring fairy,’ which was the origin of the town’s name. Diona would talk to the fairy on moonlit nights, a companion to unburden her worries and assuage loneliness.

On her seventh birthday, Diona heard the voice of the spring fairy bless her with the following words:

The fairy never showed itself to Diona again, so she believes it to be some childhood dream. Little did she know that it would become the bane of her future goals as the ‘Wine Industry Slayer.’

Let it be known that she loves her father, Draff. He is the best hunter in Springvale, something Diona deeply admires. As many children are wont to do, she greatly treasures the moments she could spend with his sober self.

However, as they’re living in Mondstadt, Draff is an unrepentant drunkard. Since Diona can’t hate her father, her blame turns toward the innocent alcoholic drinks. In her mind, it bewitches people to drink and lose their faculties and senses. She hates seeing her father deep in his cups and acting, in her words, like a ‘wild boar rolling about in the mud,’ so she resolves to destroy the wine industry.

Fret not; her plans don’t involve direct destruction of the Dawn Winery (which would actually be a blow to Mond’s economy). Her goal is to convince people that alcohol is bad. She applied to the Cat’s Tail as a bartender to enact the first step. That is, mixing the most horrible drink to make people stop drinking alcohol.

Remember the spring fairy’s blessing? Diona’s plan failed before she could even start it. No matter how disgusting her ingredients were, the alcoholics always praised her concoctions and asked for more. As long as the drink passes under her blessed hands, it will turn out excellent (though some might say ‘divine’).

Diona never lets her cursed (in her perspective) abilities stop her. Someday, she’ll find a drink recipe she could make that will convince any drunkard to stop drinking. For now, though, she’s still grumbling about her popularity as a bartender.

For a long time, the regulars at the Cat’s Tail thought Diona’s ears and tail were part of the uniform. One patron even went as far as grabbing her tail, which led to disastrous (for the grabber) consequences. This sparked a researcher to write a note saying, ‘Diona bites when provoked, so please take care.’

Another incident of this kind happened to Elzer, the general manager of Dawn Winery. When he heard of the Cat’s Tail’s booming popularity, he thought he must recruit whoever brought it about. Off to the rival business, he went and met Diona.

Elzer forgot one thing: proper background research. Even talking to Margaret should’ve clued him to Diona’s perspective on the wine industry. At the very least, he could have avoided being bitten. Alas, he pushed on with his plan and aggressively pitched Dawn Winery’s success if she joined.

Later, when Diluc inquired about his bandaged hand, he could only say he was bitten by a cat. This made him more determined, as Diona’s hangout showed he was still trying to recruit Diona to the Dawn Winery.

It could be a blessing in disguise for him because we know that Diona won’t join until she perfects her most disgusting drink. Only then will she be able to perfectly destroy the wine industry, starting with the Dawn Winery.