How to Get to Inazuma Genshin Impact Guide 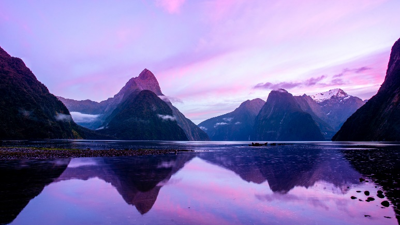 Inazuma is an archipelago to the southeast of Liyue in Genshin Impact. It is the land of Electro, and the Raiden Shogun, the Electro Archon, rules over it. It consists of six islands:

You can find the city proper on Narukami Island. It is also the home of Ritou, where tourists and traders will first step into the country. Another landmark on Narukami Island is the Grand Narukami Shrine, the biggest temple in the nation. Many players wonder how to get to Inazuma with so many sights and sounds. This guide answers that question.

As for the other islands, Kannazuka is the front of the war between the Shogun’s army and the rebels. It is also where the Tatarasuna, the legendary forge, lies. Yashiori is where the Electro Archon slew the god Orobaxi with the Musou no Hitotachi. Pieces of evidence for this event are the serpentine bones scattered throughout the island and the Musoujin Gorge, which formed after that attack.

Watatsumi is the home of the Sangonomiya clan and the base of the rebellion. Its people still worship the slain god Orobaxi, but that’s not their only reason to rebel against the Shogun. The island also contains the entrance to its people’s ancient homeland, Enkanomiya.

Seirai Island is a storm-battered land. The native people have migrated to other islands, though one of its temples is still stubbornly maintained by a cat.

Fog engulfs Tsurumi Island. Despite being part of Inazuma, it’s lost to time, and people hardly remember it exists. Travelers brave enough to explore this island can discover what truly happened and lay old ghosts to rest.

How to Get to Inazuma

First, you must have reached 30 Adventure Rank. Second, complete the first part of the Archon Quest Chapter II: Act I – The Immovable God and the Eternal Euthymia. Then you can talk to Beidou and ride the Alcor with them towards Ritou.

Afterward, you can sail back to Liyue with your Waverider, as there are several Waverider Waypoints in Inazuma. Before completing the Inazuma Archon quests, a storm encloses Inazuma and deters players from doing so. Also, getting past a specific point will teleport you back to safer waters when crossed.

Making an ice bridge is a challenging way to get to the nation. You’ll still go through the storm with lightning targeting you every few seconds, so it’s pretty easy to drown. Otherwise, you could get electrocuted by all the lightning strikes. The best way is still the legal way or the next suggestion.

If you have a friend you can co-op with that has the region unlocked, that’s another way to get to the nation.

Inazuma Specialties and Where to Find Them

These are the materials for the Ascension of Inazuman characters. Of course, they can be found around Inazuma only (and the Golden Apple Archipelago).

This fruit thrives off Electro energy and can be found on the stormy Seirai Island. The center island is a hotspot for this fruit. You can farm many of these fruits by going around its perimeter. No other island produces this fruit.

As inferred by its name, it is the crystallized marrow from the remains of the god Orobaxi. The specialty can only be found on Yashiori Island, near the bones that encircle it. Following the trail should provide you with much Crystal Marrow.

There is also an area in the Tatarasuna with nodes for this resource but in fewer quantities.

Dendrobium is abundant around the Maguu Kenki and Nazuchi Beach in Kannazuka. It’s a small red flower that’s said to grow redder where there is bloodshed.

It’s an eye-catching mushroom that grows in the fog of Tsurumi Island. There’s a high concentration of them in and around the central peak and the mountain on the north.

Like the Amakumo Fruit, Naku Weeds thrive in Electro-rich environments, but to a lesser degree. You can find them in the following areas:

You can get seeds for this specialty if you harvest them with the Seed Dispensary! Planting them in your teapot can significantly help when trying to collect them.

These hardy bugs love Electro-rich environments too, but sometimes can be found outside of those. Find them around the Grand Narukami Shrine and Tatarasuna. Otherwise, they’re scattered about, mostly found on trees but sometimes on rocks.

You can only collect these petals on Narukami Island. Affecting them with Electro (using an attack or with an Electrograna) will make them harvestable. The area with the highest concentration of the material is the Grand Narukami Shrine and its surroundings. Araumi and Hanamizaka in the city (near the big sakura tree) are also notable hotspots.

They are lustrous pearls that can only be found on Watatsumi Island. Going around the central watery area should give you a good number of them. An unlockable quest area holds an additional six nodes, but the other place should be enough.

Sea Ganoderma is a hardy mushroom that grows in the shallows of beaches. You’ll see them if you walk along the shores of most islands in Inazuma. There’s a higher concentration of them to the east of Nazuchi Beach. Fortunately, you can obtain cuttings for them with the Seed Dispensary to supplement your collection.

The characters would also need the materials from these bosses endemic to Inazuma:

It’s Tough to Get to Inazuma, But Be Patient!

New players can get Inazuman characters from the gacha, but they won’t be able to level them past 20. They would need 3 of their required local specialty for the first ascension and open up levels 21-40. So even though Heizou needs Runic Fangs from the Ruin Serpent in the Chasm, new players can’t get Onikabuto yet, leaving the character stuck.

Newbies will have to wait until they get to those nations until Hoyoverse figures out a system that lets new players collect Inazuma and Sumeru specialties. During the 2.0 patch, some new players were frustrated that they couldn’t upgrade their favorite Inazuman characters. They couldn’t gather the necessary materials to ascend them, and the skill books were out of reach.

Hopefully, a mentor-apprentice system that lets new accounts join higher world-level players for materials will be applied. This is one solution to that problem and lets beginners enjoy the characters they love. Another suggestion is being able to ask for specific resources and materials from more experienced players.

For now, have fun playing Genshin Impact, and may you reach Inazuma safely!