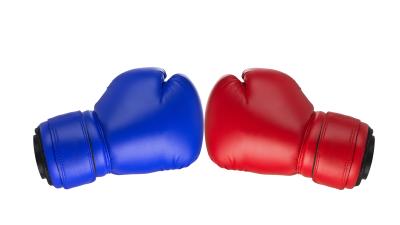 Dota 2 vs LoL? The million-dollar question that people often ask when it comes to these two games is this: which is one harder? Gamers often pit these two MOBAs in heated battle to see which is superior. More often than not, such things can erupt into a whole thread on Reddit or the Steam community. But it’s time to put the nail on the coffin as we answer the question that’s been begging for an answer for a while now.

When all is said and done, which MOBA reigns supreme?

There is less homogenization when it comes to Dota 2. With League of Legends, almost every champion scales with one stat or another, making the power spikes more consistent. For example, if you have a 4k gold lead on the enemy team, chances are you’ve got a lot of items to increase your attack or ability damage. While on the other hand, if your K/D/A is essentially off balance with your deaths towering on your kill and assist participation, don’t expect to 1v1 the enemy carry and win it. In the case of Dota 2, this varies from hero to hero. Some heroes only get strong after 35 minutes of farming. Some heroes seem invincible but whose effectiveness hit rock bottom after the 25-minute mark. Depending on the hero you choose, your playstyle is forced to adapt.

Dota 2 takes the win for this as well. While the abilities in Dota 2 don’t scale quite well, they’re much more powerful in general. Certain moves that have stuns, slows, and silences last longer compared to League of Legends. Nukes are devastating in the early game in Dota 2 as well, as these concentrated bursts can easily kill a hero. The spells in Dota 2 also have longer cooldowns and cost more mana, so you have to be conservative—especially in the early game. Basically, the abilities in Dota 2 have a lot more impact but can only be used sparingly. In League of Legends, you can easily alter the cooldown of your abilities by buying items that have cooldown reductions.

Perhaps the biggest difference between LoL and Dota 2 is that there’s more variability in Dota 2 than League of Legends. LoL has certain roles that are required for players to follow (unless you want to get flamed). League is balanced in a way that it will always have a 1-role setup. One for tip, mid, bot, support, and jungle. In Dota 2, the only constant is gold demand and gold efficiency. 3 heroes in one lane isn’t unheard of, especially in high ranks. Many strategies are viable so long as the laners that your team has can make it work.

Winner: LoL (by a landslide)

League of Legends emphasizes individual play and skillshots more, and each champion has complicated mechanics. Although these mechanics offer a level of complexity to the game, they don’t really add enough depth. Dota 2, in comparison, has mechanics that contribute to the depth of the game like denying creeps and active items like the Blink Dagger. Dota 2 also has a brutal death timer than can easily last more than a minute, making the risk of doing plays even higher.

Winner: Dota 2 (by a hairline)

Dota 2 takes the cake for being a tougher game to master. But by no means does that mean that LoL is automatically a bad game. It’s just that Dota 2 is a lot more punishing to its players since the playstyle of Dota 2 is harder for new players than its counterpart. League of Legends is not “easier”, but more casual. And being casual doesn’t necessarily mean that the game is of lesser quality—or popularity. To put it simply, this doesn’t mean the Dota 2 is the overall better MOBA game to play, but it provides more difficulty for players who crave a good challenge.