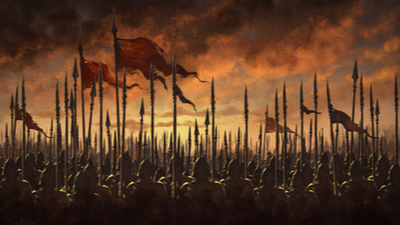 The MMO franchise is still going incredibly strong, even going forward in 2022. So much so, that it does raise the question of which games you should actually be playing, with FFXIV and ESO often being mentioned. With that in mind, today we will be taking a look at the grand battle of FFXIV vs ESO, and why you should be getting into these titles this year.

This article will be taking a look at the following factors:

Cross-Play options on FFXIV vs ESO

This is a pretty big deal if you happen to have family and/or friends who own different platforms. In this instance, FFXIV is available for PS4 and PC, as well as being set to release on PS5 down the line. The title itself is playable across these platforms via cross-play, which is a massive bonus for those looking to play together. Unfortunately, ESO is locked to its own platform, though it is available on Xbox One as well as PS4 and PC, with plans to release the Xbox Series X/S and PS5.

Of course, being able to afford or at least be willing to pay for a subscription can be a deciding factor as well. With ESO, we did see an initial paid monthly subscription as we do with many other MMOs. However, now you just need to own the base game, and there is an optional subscription known as ESO plus at $14.99 where you receive 1,650 Crowns every month and gain access to all present and future content in the game.

FFXIV however still needs players to hand over a monthly subscription of $14.99 , as well as having a feature in which players can pay for certain items for their characters if they wish.

There is certainly a difference between ESO and FFXIV where the story is concerned. Many have bemoaned the lack of a gripping storyline from Elder Scrolls Online, and although it does offer up many different nods and elements from the single player entries, it just doesn’t quite live up to those admittedly high standards that you expect from an Elder Scrolls title.

Meanwhile, FFXIV has a much deeper narrative offering with a storyline capable of grabbing your attention and keeping you invested. With it’s deep characters and enticing lore, there is certainly enough of an effort from a story standpoint post release of Heavensward.

Building on the story side of matters, it is also important to see how character choices play out in games such as these to truly immerse you in the narrative. This is where the tables are turned, and it is ESO that sticks to its roots by giving fans of the franchise the chance to use different methods to change how things play out. For example, the option to be able to intimidate NPCs to alter how the conversation goes on, or even being able to kill certain NPCs is still there. You may want to avoid this, however, unless you want to get a bounty on your head, which is probably stress you could do without.

On the other side, we have FFXIV which doesn’t tend to offer anything related to this. Each character generally has the same experience as the other, the only difference being the start of the game. This is where you would have the choice of choosing your nationality, as well as being able to participate in different job quests. That’s about it though in terms of differences.

Combat in FFXIV vs ESO

Naturally, combat is going to play an essential role in an MMORPG title, so having the better fighting mechanics of the two is going to be a huge bonus. That being said, ESO has a combat system that focuses on immersing the player so you feel like you have an active part in how each battle plays out. This in turn requires you to concentrate on what you are doing more so than other MMO offerings of the same ilk. FFXIV for example caters to a much more casual effort in this sense, in that you can lock on to enemies and have the game do a lot of the work for you, though you will need to input commands for certain attacks.

Of course, given that these are MMORPGs, they heavily lean towards the multiplayer aspect of the game. Even so, there’s no reason as to why we shouldn’t be able to play the games that we enjoy from a solo aspect, and both of these games are certainly playable on your own.

With that in mind, although you could pretty much play all of the content in ESO by yourself, you could argue that FFXIV is making strides to make sure that you can enjoy the game so that you don’t feel like you are not playing the game as it should be. You can get Chocobo companions to help you in battle for example, and you do have the option to take NPCs with you to older dungeons. That being said, the fact that ESO has content that is more accessible to solo players when comparing it to a lot of MMORPGs, you can see why many would opt for the latter.

This isn’t just a case of expansions, but rather what activities there are for you to do when you aren’t focusing on the main quest. You could say that if you are wanting to take in something fun for a change of pace, then FFXIV shines very brightly here. You have a wealth of minigames to choose from, whether you are playing mahjong, Triple Triad, Chocobo Racing, or the many others that the game has to offer, it is hard to find another MMORPG that has this kind of added content for mini-games.

So choosing which game is better depends entirely on what it is you are looking for from your MMORPG experience. If you want a bit more of a sense of realism where combat and consequences are concerned, then ESO is the game for you. Otherwise, FFXIV has the better story with additional content outside of the main quests such as mini-games and more.