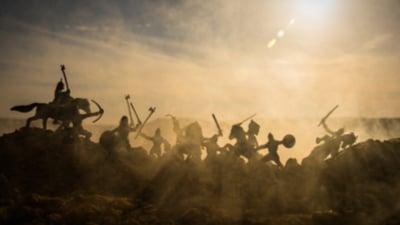 The age-old debate between which MMO titan of the gaming industry is the best has been waging on since the conception of massive multiplayer online role-playing games, with both ESO and WoW being constantly compared to games around them. While both games have their fans who insist that their chosen MMO is superior, new players find themselves in the middle trying to make their mind up on which to play. We’re going to be continuing this debate by looking at which title you should be playing in 2022 between ESO vs WoW.

In this guide we shall be discussing the following:

ESO vs WoW – Which Has Better Overall Gameplay?

This is a major decider in terms of which MMO to choose from. After all, if the gameplay isn’t something you feel like you can adapt to or enjoy, then you aren’t going to be playing it for very long. From ESO’s perspective, it offers up a more realistic approach in terms of its appearance and graphics. It also has an effective UI so that you can navigate the vast world and provides ample information about zones and much more. As for the missions themselves, expect some great voice acting, engaging battles and the opportunity to decide the fate of NPCs in certain situations. With a thriving and often friendly community, you can see why players would opt for ESO over WoW given the choice.

It is arguable that these traits that ESO possesses outshine what WoW has to offer. The effort from Blizzard goes for a more cartoonish approach and doesn’t really hold up in comparison to Elder Scrolls Online, especially once the excellent voice acting is thrown into the mix. Some would also agree that WoW’s gameplay can be repetitive in terms of the progress you are making, or the impact that you are making on the story for that matter.

Which Has the Better Storyline Between ESO and WoW?

For those who like a good novel to read, then World of Warcraft takes the crown here. They outperform ESO and many other MMORPG titles just by the many forms of media that they are able to portray their narrative onto. The Horde vs. Alliance stories are among those that will stick with you for time to come, and although ESO’s odes offer up the typical good vs. evil kind of storyline that we come to expect from a lot of games, it doesn’t do as much to build the world it inhabits as WoW’s does.

This is most certainly one of the most important factors when considering which game to choose. It might not determine which game is strictly better than the other, but it is still more often than not enough to sway consumers to one side or another.

With that in mind, we can take a look at what these two titles offer in terms of cost. As always, World of Warcraft is sticking to its guns with the whole $15 monthly subscription. Meanwhile, ESO does actually require you to purchase the base game, though the $15 monthly membership fee is entirely optional. For what you are getting from your subscription, with ESO offering you currency to spend on additional content, you would argue that it uses your hard-earned subscription money more effectively than World of Warcraft does.

There isn’t really much to decide between the two games here, as it will probably boil down to which narrative you prefer. We have seen ESO introduce a number of expansions where we get the opportunity to revisit a number of past locations from Elder Scrolls titles that have gone by, such as Skyrim and Morrowind for that extra nostalgic feel. I find that narrative is a very subjective matter, since some players prefer more depth than others, which might play a role in your decision here.

World of Warcraft is no stranger to taking players to relive the past either, nor has it let up on releasing new content for the game. The addition of Shadowlands brings some very interesting features with it in which we get to explore the afterlife and much more, and it is certainly worth your time checking out.

Which Has a Better Solo Experience?

Yes, there may be collective groans when discussing the solo content of games that are most certainly steering towards the multiplayer aspect of gaming. That being said, there are still many people out there that would like the opportunity to enjoy these games solo, and there isn’t any reason as to why they shouldn’t be able to do so. They may not get the same experience as playing with others, but there still should be enough content there to make it enjoyable whilst playing alone.

With all of that being said, there is arguably a clear winner in terms of which is the most accommodating towards solo playing. You could get away with playing the majority of ESO on your own without coming across too many issues.

This isn’t to say that World of Warcraft is strictly forbidding a single-player experience. WoW does have plenty to offer you as far as a solo experience is concerned, but it does also contain content that is going to require you to team up with others in order to overcome certain parts of the game, such as particular quests or cutting down on the time it takes to grind. Not to mention that some of the best content in WoW involves working with or against other players.

The reputation of the community for World of Warcraft somewhat precedes itself. It is renowned for being petty, immature, and in general considered by many to not be as friendly as the likes of ESO. With ESO, you are more likely to come across a friendlier and more mature community, if that is indeed something that you are looking for. World of Warcraft isn’t of course the only guilty party of having a toxic community, with pretty much every single game out there having some level of toxicity in their communities, but it is certainly up there with the best (or worst) of them. That’s not to say you won’t find friendly people on WoW, because you certainly do, and when you find them it’s a godsend, but the chances of that happening seem to be much lower than on ESO.

Of course, choosing which game is better than another is a completely subjective matter. There are going to be those nodding in agreement and others clenching their fists in discontent. What it ultimately comes down to is what you want to achieve when comparing ESO vs WoW. If you are looking for a game that has spent years worldbuilding to creative a captivating narrative, then World of Warcraft is a great choice. ESO meanwhile offers a more accessible, mature, and visually realistic approach in comparison to its counterpart. Whichever you choose, you are getting a fantastic multiplayer experience to delve into and, if you are able, try to play both. With both games offering fantastic multiplayer experiences, there’s no reason not to try out both if you are able to.