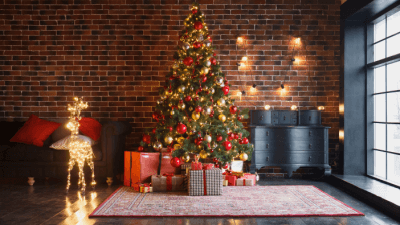 Old School RuneScape has quite a tradition of bringing new and heart-warming seasonal events every year. Three significant seasonal events stand out: the Easter event, the Halloween event, and, of course, the Christmas event. Completing this year’s event will make the previous years’ rewards accessible, just in case you weren’t playing RuneScape years ago. The rewards are generally cosmetics. Long ago, Christmas rewards would be extremely valuable; they mainly consisted of Party Hats or Christmas Crackers, which could contain more party hats!

Even though they have now lost their GP value, the party hats remain an iconic item for Old School’s Christmas events, and you will receive them upon completing this year’s event. You will be able to enjoy the entire event between December 13th and January 11th, and this should give you plenty of time to engage in the new minigames and help a gnome get access to a special pub.

Why is the Christmas Event Special This Time Around?

There are a few reasons why this year’s event is so special. First, after the completion of the event, you will be able to reaccess the minigames and have an all-year-round memory of Christmas with you. Second, this year’s event was designed by Mod Halo, who has recently joined the game’s design team and was assigned this year’s Christmas event as their first project. This means you can expect a lot of enthusiasm to leak through the event! On top of this, if you’re a beginner, you will benefit a lot from doing the Christmas event as you will receive both untradeable and tradeable rewards, so you’ll be able to earn a fair coin from this fun and festive event!

A Walkthrough of the Event

Before you start, ensure you have enough inventory space and are not wearing anything in the cape slot. To start the event, teleport to the Barbarian Village. The closest teleport is the one found on the free-to-play item, the Skull Sceptre, which you can obtain by combining its four parts that are dropped by the monsters inside the Stronghold of Security. You’ll see the seasonal event icon on the minimap just west of the Barbarian Village. Head there and speak to Guss, who will tell you that he wants to enter a tavern through the portal just a bit to the north, but he could only do so by winning some festive games—of which he is terrible at.

After you speak with Guss, move to the north and speak to Santa. He will ask you what you want, and here, Mod Halo brought a lot of humor as you’ll initially tell Santa you want a Twisted Bow, one of the most valuable items in the game and the best in slot ranged weapon. After that, you’ll get back to the Christmas event and ask Santa for times for you and Guss, and he will assign different times for you and Guss to keep things fair.

Speak to Guss again and tell him about the timers. He will confess that he has been trying to do this for 21 years, which is a reference to the 2001 launch date of RuneScape. Guss will also tell you that he will cheat to get into the finals, where he’d face you.

Afterward, go back to Santa, who will give you a multiple-choice riddle. You can choose any of the answers to progress, but the pun in Santa’s riddle is another opportunity for more humor: “What do you get when you meet a vampyre in the winter?” – “Frostbites.” After that, Santa will ask you if you want to enter the festive games, and you’ll need to pick option 1 – yes. If you are still wearing a cape, remove it, or otherwise, you will not be able to enter. You will still be able to enter with the cape in the inventory.

Upon entering the Festive games, you will unlock seven seasonal music tracks:

Talk to Santa’s scribe to start the first minigame; he will tell you the rules of the first game. To play it, you’ll need to pick up coal from the ground and hand it over to some NPCs you’re competing against. The NPCs will also give you coal, so to win the game, you will need to keep collecting coal and then click the NPCs to give them your coal.

You will also be given a personal best timer in the chat on completion, similar to how you’d get on defeating a boss. If the NPCs manage to give you 100 coal, you’ll lose the round, and you’ll need to start over the minigame. After the minigame, speak to the scribe again and answer “snowman” to his riddle to progress.

After you complete the first minigame, the only direction in which you can go is in the northeast building. Here speak with the NPC to start the minigame, and he will first explain the game’s rules.

You need to remember that there are four types of gingerbread you can pick up from the ground, and they all give points except the red one (shattered gingerbread), which will give you minus 10 points.

You will need only to pick up a few gingerbreads at a time; otherwise, you risk for an NPC to come and steal it and pay attention to the other NPC called merryxmas2000, who will sometimes shout, “I’ve got all the bad ones just for you.” This one will try to reset your points unless you kick him by clicking or tapping on him.

After you collect your 250 points, you win the round, which is confirmed with your time in the chat box. Speak again to the gnome inspector for the final riddle to progress and answer “candle” to his question, “I am tall when I am young, and I am short when I am old.”

Exit the building through the north exit to head towards the last minigame. Here you’ll benefit the most from having plenty of inventory space as you will need to grab as many snowballs and use them against NPCs to eliminate them from the competition.

When an NPC throws a snowball at you, you can dodge it by moving away. The white snowballs deal 10 damage, and the randomly spawned yellow snowballs deal 50 damage, which means you should pick them up every time they spawn. Eliminate all the other NPCs except Guss to win the minigame.

After eliminating all the NPCs, a cutscene will start where you’re against Gus for the final round. Whether you choose to dodge and win the contest or let him win, you will both gain access to the pub, where you’ll need to speak to him again in order to finish the event.

The event’s completion will give you many Xmas cosmetic rewards, including two party hat sets and two Christmas crackers. You can store the non-tradeables in your toy box, which you can find inside your player-owned house.