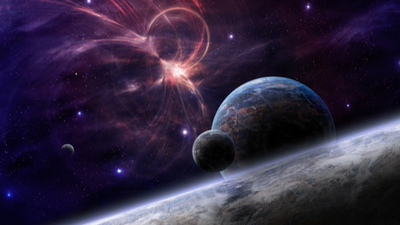 As loyal Destiny 2 fans, we’ve been eagle-eyed for any “This Week at Bungie” news spewn our way. Last May 14’s reveal was a little unorthodox and you could say… controversial. Bungie is apparently going to retire Legendary gear as we go through the seasons, or in a more practical MMO or business sense, “sunsetting” this gear. But hear us out—it may not be in the way you think it is and there could be various facets to this in terms of game dynamism.

What is the infusion update all about for Destiny 2?

Starting season 12, Legendary gear will start getting slightly outdated. A piece of Legendary equipment can now be only infused to the max Power Level attainable 3 seasons ahead of it (and when you include the current season of the item, this means the Legendary gear could be infused up to the Power Level possible for 4 seasons). A more concrete example is this: if your favorite hand cannon is from season 8, then it can only be infused to the max Power Level allowed for seasons 8, 9, 10, and 11. This means by season 12, your hand cannon will start feeling weaker and may no longer be viable for Nightfalls and other activities. This principle is expected to be followed even beyond season 12.

Here’s a blow-by-blow take on how infusion will work starting season 12:

How is this going to affect Destiny 2 as a whole?

This is a game-changing update because, while it’s going to break a lot of meta builds and era-defining weapons, it will restart the cycle and chase for better gear. This has been the norm for vanilla builds of Destiny 1 and 2. By the time expansions and seasons rolled out, all of us had become confined to the season’s current best without the room for creativity and variation. I mean, sure, you can opt for other perks, stats, and equipment rolls but if you stray too far off from the current meta, you’re bound to get outgunned and outclassed in the Crucible and Trials.

As a whole, we can’t say for sure that it’s outright the best update to Destiny 2 so far, but we can summarize some fairly strong points this update will bring to the Destiny 2 table without even needing to sugarcoat the process:

When is season 12 going to roll out? What can we expect from the next update?

Destiny 2’s Season 12 is expected to launch this fall/autumn (somewhere between September to December). There is no solid info on what new story/lore, raid, or seasonal activity Bungie has planned for us yet, but they’re aiming to maintain the season for a year — a first for any season and probably the roadmap Bungie is aiming for with the next seasons after this.

This is beyond fantastic because guardians now have less pressure to deal with in terms of collecting all the gear and items a season has to offer. Defining your guardian’s ultimate gear set is going to be less constrictive, given the infusion changes and the importance it gives to getting new gear. Plus, with a whole year to blow through all activities we’ve grown to love, maybe this season we’ll be more compelled to turn on activity reminders again be it on our phone or desktop computers.

Are you as excited for the season 12 updates and changes as us? Sound off in the comments below, and if you have theories on the next big reveal for Destiny 2, let us know!

Stay right here at the PlayerAuctions blog for the latest in Destiny 2 and other game updates.