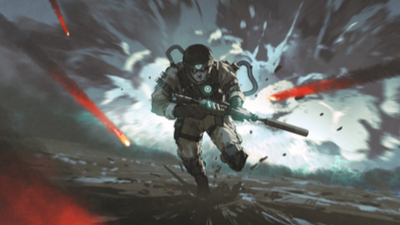 But if you only carry a good rifle, you can A) deal damage a range B) never worry about running out of ammo C) deal damage up-close by hip firing D) have a steady fire rate and quick reload speed. You can easily do entire missions with just your rifle, but it’ll be much harder to do the same with any other weapon.

With all the different types of rifles available, the most satisfying to use are automatic rifles, where you only have to hold down left-click to keep shooting until your magazine is empty. They usually have a good fire rate, a quick reload speed, and the ammo they require is always abundant in any game. Auto-rifles in Destiny 2 have never had a constant run, due to several changes that Bungie has made over time. In this article, we’ll take you through the best auto-rifles in Destiny 2, how to acquire them, and what makes each of them so special.

Misfit is one of the more popular out of the best auto rifles in Destiny 2. It is an Energy type Legendary rifle that is fun to use and deals a ton of damage. I recommend perks such as: Extended Mags, Under Pressure, and Quickdraw, and a combo of Zen Moment and Rampage will make it a great midrange weapon. Misfit is one of those “satisfying” weapons to use and can clear rooms quickly. It melts through enemies and has an interesting recoil pattern with a high magazine size and great fire rate.

Uriel’s Gift is a Legendary auto-rifle with an interesting recoil pattern. Its perk “Precision Frame” gives it a predictably vertical recoil pattern, and its second perk “Tap the Trigger” gives it boosted accuracy and stability after the initial trigger pull. Uriel’s gift can be obtained via Legendary Engrams or by earning rank rewards for factions. With Tap the Trigger and a good range Masterwork, Uriel’s Gift is a great DPS option for PvP.

Breakneck and Ringing Nail – Season of the Forge auto rifles

It might be surprising to find a legendary weapon in this list, but Breakneck is one of the most relevant DPS machines in Destiny 2 right now. It was released in the game during the Season of the Forge, and has its signature perk “Onslaught” that buffs fire rate for Rampage stacks (Rampage is the other perk). Breakneck is one of the best Pinnacle weapons in the game with its increasing damage and an incredible fire rate that allows you to mow down enemies quickly.

Ringing Nail is another auto rifle from the Season of the Forge. It can have a large variety of perks (the best ones being Shield Disorient, Dragonfly, and Zen Moment) – the only downside being that you only find out what the perks are after you get the weapon. Ringing Nail can be obtained from the Forges.

Tommy’s Matchbook and SUROS Regime – health regeneration on the go

Tommy’s Matchbook is an auto-rifle that is currently unobtainable. It could be acquired if you played with the Season Pass during the Season of Seraph Towers. It has a great catalyst and the “Heat of the Moment” perk can offer you an insane health-regen whenever you take damage. This is unlike any rifle we’ve had in Destiny 2 until now, but the utility it offers is extremely unique and useful in any game mode you play.

SUROS Regime is a Warmind weapon that has become pretty good since Bungie’s auto-rifle buffs during the Season of the Worthy. It is an Exotic weapon with a perk “SUROS Legacy” that offers extra damage on the second half of the magazine and offers a chance to regenerate health on eliminating enemies. Its other perk “Spinning Up” allows you to ramp up your fire rate, largely boosting your DPS.

This weapon was added to Destiny 2 during the Season of the Worthy. It offers great stability and weapon handling especially with a Masterwork upgrade, and has a perk called “Fourth Time’s the Charm” that replenishes ammo (2 magazine rounds) to your rifle after dealing precision hits.

Seventh Seraph Carbine can be acquired from the Seraph Bunker in the European Dead Zone. Its “Swashbuckler” perk offers even more damage, making it a great pick for the last slot.

Hard Light is an Exotic weapon that was first seen in Destiny. In Destiny 2, it has gone through some tweaks and is equipped with two incredible Exotic perks that make it a beast in PvP. It’s perk “Volatile Light” offer zero damage fall-off for Hard Light’s bullets.

On top of that, bullets will penetrate targets and bounce off hard surfaces, easily making it a meta weapon. It’s rare to find auto-rifles in games that allow you to deal maximum damage from any range. Its other perk – “The Fundamentals” – allows you to swap between damage types. Being able to pick between Void, Solar, and Arc is an amazing attribute for PvE missions.

Endnote on the Best Auto Rifles in Destiny 2

I hope our list helped you understand Destiny 2’s best auto-rifles better! ARs are some of the most satisfying and versatile weapons to use in the game, and the added utility that the guns in this list provide surely makes them worthy of a slot in your loadout. Try these weapons out for yourself and check gameplay online before attempting to obtain them. While these auto rifles are certainly meta options, the utility of a weapon largely depends on how fun it is for you to use.