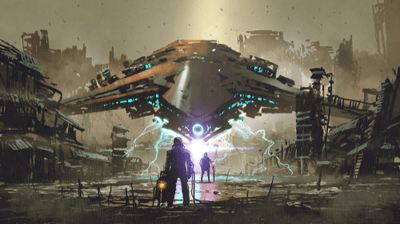 Destiny 2 has increased in popularity over the last five years and continues to gain momentum as the story about the Guardians and the Traveller reaches its climax. With the amount of hype that the recent expansion has generated. Bungie did not disappoint players when they officially launched the Witch Queen. The recent expansion is arguably better than the Taken King from Destiny 1, and early reports from players seems to indicate that it’s even better than Forsaken – the barometer for Destiny expansion quality so far. And now, just a week after the initial release of the expansion, Destiny 2 players are gearing up for the release of the newest raid, Vow of the Disciple. With the raid set to release on March 5 UTC, Guardians are eager to try out and conquer the sunken Pyramid in Savathun’s Throne World.

Vow of the Disciple Release

There have been a lot of rumors and leaks circulating around the internet about the potential drops, bosses, and even mechanics for the upcoming raid. None of these has been fully confirmed since Bungie is known for not releasing any full details about their plans, especially for highly anticipated content like the Witch Queen.

The only details confirmed by the gaming studio are the March 5th release date of the raid, the setting of this challenge, and the 1530 minimum Light level to participate in the activity. Of course, players will also need to have the Witch Queen DLC in order to play the raid. Here is the list of time releases per region:

Vow of the Disciple Leaks

Though there have been many speculations about the raid, there have been some leaks of certain details that are more likely than not will be included in the official release. These details include new raid armor, the boss, and the ending cutscene of the update.

The leaked armor shows Guardians that the new gear will feature a skeletal design that is somewhat similar to the theme of the raid boss. Though there are leaked names for the armor set of each class, player have stated that the Hunter has a royalty theme to it while the Titan’s set is more foreboding. Armors in the game are usually related to the lore in some way, so players will have to wait for the official release to get more details about these armor sets.

Another confirmed leak is one of the encounterable bosses in the raid. Guardians have unearthed a boss called the Caretaker which seems to be the first or second major obstacle in the raid. The boss features a large with protruding razor-sharp teeth. The Caretaker also has long appendages that make him extra creepy on top of the fact that he doesn’t have any eyes.

The last official leak that data miners have discovered is a cutscene that potentially involves the last raid encounter of the update. The scene features a large menacing Scorn-like creature who is fighting a number of guardians. It is assumed that the name of the boss is Raulk, and he is actually the first disciple and the final encounter of the raid. However, until the update goes live, this leak is still temporary and not final.

How to Get Ready for the Vow of the Disciple?

Even if Guardians do not have any confirmed details about the raid or even read the leaks about it, there are still a number of things that players can do in order to prepare themselves for the upcoming encounters. Getting ready for a new challenge is pretty straightforward in a game like Destiny 2, and the methods are applicable to almost any raid.

This might seem like a no-brainer for many gamers. However, players should put an emphasis on this element due to how strong the mobs and bosses are in the Witch Queen DLC. The power caps in this expansion are significantly higher than the previous DLC opponents, so players who are at the minimum required level will still have a very hard time doing the raid. Here are some power caps that players should consider:

Guardians should note that if they reach the 1500 power level without any artifacts equipped, then their characters are more than ready to take on the raid.

The best thing about not reading leaks and having no confirmed details is that it keeps gamers on their toes. Players do not know what type of bosses will appear, what their mechanics are, and which weapons or armor sets will be effective. The best way to deal with this problem is to bring a bunch of various weapons on the raid. Doing so will allow Guardians to swap weapons to see which are more effective in the raid.

Get in the Zone

In any game, warming up for a new challenge can be very helpful, especially when playing with friends. Practicing in existing raids or dungeons will help gamers become more alert and prepared once they enter the Day 1 experience of the Vow of the Disciple. Since players still know nothing about the raid’s mechanics, simply getting into the right focused mindset before participating in the raid will help Guardians tremendously.

Destiny 2’s Vow of the Disciple is just two days away, so Guardians should do everything they can in order to survive the first-day experience. Gamers should make sure that they own the Witch Queen DLC so that they can participate in the raid. With all the things going on for the game, it seems 2022 will be a good year for Destiny 2 and its players.