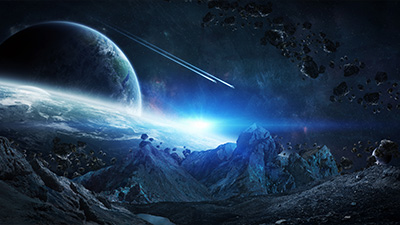 Here’s an exotic that shoots fire orbs, and I’m not joking. Jotunn is a Solar-damage-based Exotic Fusion Rifle in Destiny 2, that uses special ammo. While Destiny 2’s Shadowkeep certainly brought in a number of great new exotics, there are quite a few from the previous seasons that are still worth getting.

Jotunn is one of such Exotic that you should try obtaining if you don’t have it already. With its unique firing style that honestly feels a bit like an RPG, Jotunn is fun to use and is pretty effective with what it tries to do. This guide will help you understand its perks, how to obtain the weapon, its strengths and weaknesses, and how good it is in both – PvE, PvP, and Gambit.

Jotunn is a fun and unique weapon with lots of potential in all kinds of content. It shoots similar to how a Heavy Weapon would, and deals a lot of AoE damage without the corresponding Heavy Ammo cost.

Here are all the perks the Jotunn Exotic Fusion Rifle can have:

Jotunn in The Black Armory

Jotunn originally comes from The Black Armory, where obtaining it was a whole different story. You needed to unlock and complete the Bergusia forge. It was a part of the “Mystery Box” quest that would reward you with the Izanagi’s Burden – a pretty meta sniper that hits hard. Fortunately, the quest has been simplified quite a bit and it is now much easier to obtain than in Year Two.

During Black Armory, players were required to go through a long process to unlock forges. However, now the forges are there, each available on a different day on the European Dead Zone map itself. In Shadowkeep, the process to obtain this fireball-shooting machine is much easier. Here’s how you can do it.

How to get the Destiny 2 Jotunn Exotic Rifle in Shadowkeep

That’s it! The Jotuun Exotic Fusion Rifle is yours to keep.

How good is Jotunn and what are its strengths?

Jotunn is a pretty great Exotic, not the best option for raid bosses, but certainly worth a slot for Nightfalls/solar burns and strikes. It’s strong, fun to use, can one-shot yellows, and is really good for targets like Blockers in Gambit or Solar Servitors. The charge time, reload time, and flight speed are its primary downsides. It’s definitely great in Gambit, where you don’t want to die and lose Motes just because you’re in the enemy’s line of sight.

One of its best qualities is that along with dealing a ton of damage with great AOE, it lets you fire from a safe distance, unlike many other Special weapons that put you in the enemy’s line of sight. It tracks slow targets and offers good range, along with a stun on hit. You can do jump-shots, stay safe, and it’ll rack up damage easy in PvE. Compared to Exotics like Telesto, it requires you to do “less work” while still offering a lot of damage. It hits hard enough to even feel like it’s a Heavy Weapon.

Just like Telesto, it is an annoying weapon to face in PvP (making it great to use), although it isn’t impossible to counter. It can even two-shot a Sunbreaker in PvP, and has plenty of threads on Reddit and on the main forum asking for nerfs.

The Jotunn is a great, heavy-hitting Exotic weapon with a fun fire-orb shooting mechanism that never gets old. It is a fantastic general-purpose weapon that is different from other Exotic, and is surely worth the Exotic slot in your loadout.

Fortunately, Bungie has simplified the process to obtain the Jotunn, and it is easier to get than it used to be. The fact that it can drop from any powerful frame from Bergusia is a big plus, and will help you acquire it easier than if you had tried during the Black Armory expansion.

We hope our How to get the Jotunn Exotic Fusion Rifle in Destiny 2 Guide helped you understand how to get the weapon, what perks it offers, and how to best use it! Side note: if you’ve never seen the weapon, it looks like a toaster – but believe me, it’s great.Bottom of Form