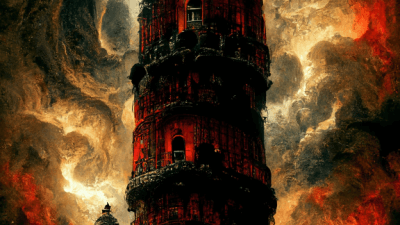 Smilegate made several announcements that excited the community during the LOA ON. The event featured tons of new upcoming content and several game-balancing fixes. While many details were mentioned in passing, players have learned enough to be hyped up for 2023. If you couldn’t watch the four-hour event, here is a summary of what went down.

What is LOA ON?

LOA ON is a convention where Smilegate simulates a dev talk wherein they announce the game’s current developments and upcoming content. The event also features many other things, such as a mini-concert, orchestra, and mini-games in the lobby. Q&A portions are also conducted after all the announcements and discussions.

LOA ON Winter 2022 is the second dev talk this year, highlighting the upcoming Raids in the game. Aside from these, several live performances and interviews were held before the dev talk. Gold River and two other directors headed the event.

The event started with a summary of everything that happened in 2022, including the launch of LOA West. Several statistics for the KR servers were shown, such as the statistics from the Legion Raid, which includes kills, deaths, and Deathless runs. The data for Horizontal content was also featured, showing the number of players who have achieved 300+ Roster levels, around 16,000. Only a few people have reached full completion of the available content. Unfortunately, there were no statistics released for regions outside the Korean server.

Many in the community have noted that some classes are getting outdated as more characters are introduced into the game. Several balancing patches were implemented in the past year, but some jobs still need to be more efficient than others. These changes will be presented in January 2023.

Smilegate also reiterated that these class updates were too frequent, which affected the effectiveness of the changes. Devs have also determined that the test server periods needed longer to maximize the results and feedback. One particular instance was the experimental phase of the Summoner and Artillerist rework, wherein the classes were too overpowered and were not balanced before being released to live servers. The testing phase will be improved further by enlarging their durations to allow more testing and optimizations to avoid situations like this.

Players will see tons of new upcoming features in the coming year. LOA ON teased a lot of new classes, as well as the remaining Legion Raids. Here are all the notable things that will happen in 2023:

The Artist and Aeromancer classes have been teased once again. These two jobs will be the advanced specialization of the new base class known as Specialist. Unfortunately, it was never made clear when they planned to introduce them.

A new region has also been shown, described as a city filled with mutant scientists or Homunculus sages. While there will undoubtedly be new story quests related to this area, the most notable features coming from Voldis are the next Abyss Dungeon and the progression system. Here is the critical content coming from the upcoming region:

A larger area will be revealed as the region east of Arthetine has been teased next. Kurzan is a desolate place filled with volcanic activity. Only a handful of Delain still lives on this continent after the Sacrian massacre. This area will highlight the continuation of the main story and lore of the Chain War.

Raids have been the core of Lost Ark since most of your progression comes from consistently participating in these activities. There will be upcoming changes to existing ones, while newer challenges will be introduced gradually over the coming months. Here is all the forthcoming Raid content that players can expect:

The fourth Legion Raid will finally get its hell mode after the release of Akkan. All six stages can now be challenged with a more severe difficulty come 2023. Previous Legion commanders had all of their gates on Inferno, but this won’t be the case for the Phantom Commander. Only the fifth and sixth gates will be upgraded to hell mode, so players won’t find the who challenge too demanding.

The strongest Legion commander will finally make his move in Arkesia as he spreads his shadow to every continent. Devs have not gone into anything specific yet, but they did confirm that this Legion raid will be the hardest they have ever made. This challenge will feature four gates, with Thaemine as the final boss on the fourth.

As the strongest and most mysterious lieutenant of Kazeros, Thaemine will be the final obstacle that adventurers will face to reach the Demon Lord. Devs do plan on nerfing the difficulty of this specific raid eventually to ease the time for weekly clears. However, they will only do so once a particular number of players have completed the Darkness Legion raid for the first time.

The Kazeros Raid has finally been teased, considered the game’s final known boss. As the overall commander of the legion, the Demon Lord will feature unique gameplay compared to previous ones. The only known detail about the raid is that it will be on a larger scale, so we can assume it might feature a 15+ man instance.

A new set of Guardians will also be introduced to accompany the arrival of Thaemin. The first is Gargedith, who is a frog-like entity. The gargantuan amphibian can absorb energies to pair with his powerful stomp attacks. The second is Veskal, who is shown to be similar to a bat. The flying guardian will be able to breathe attacks based on the announcement.

More minor changes involve the Kyangel and Akkan Raids. Devs will try to improve the existing content further, but they will focus more on improving the rewards you can get from completing them.

The devaluation of Gold in Arkesia has been a massive problem for all players. As prices for essential materials such as Engraving Books and stones soar, the trading currency becomes less and less competitive. Devs have attributed this problem to the overproduction of such money compared to the amount spent. People have pinpointed the source of the massive amount of gold as Valtan HM and Vykaz HM. While this is generally true in every region, Smilegate mainly emphasized that this is the situation in KR.

Devs are working on multiple changes to address the problem, such as introducing new gold sinks and other progression materials. Some things the company will implement are lowering the honing level requirements and making card sets more newbie friendly. These changes aim to encourage more spending to revitalize the Lost Ark in-game economy. One notable fix is that the amount of Pheons used in trading will be significantly reduced to allow more exchanges.

Currently, players can utilize only two Awakening skills in battle. Devs have announced that they will add a third ultimate ability, which is significantly more powerful. These attacks will have their camera cutscene, as shown in LOA ON. However, the Awakenings can only be used once per instance.

LOA ON featured tons of new game modes that players can experience soon. While these games will still be aligned to the ARPG genre, they will feature various elements from others, such as battle royales and MOBAs. Here are the upcoming modes for Lost Ark:

A short clip of the upcoming Primal Island was featured in LOA ON. The gameplay will feature battle royale elements as players must loot around the area and fight other adventurers. In addition, players can also place traps to assist them in their battles. Gamers should note that the characters in this game mode will feature a new set of action skills.

A MOBA game mode was also teased during LOA ON, showing a promising future. The fight will have gameplay similar to LoL and DOTA 2. Instead of a three-lane map, AOS instances will happen in a 2-lane area. Like other MOBAs, there will be Towers and creeps that players can slay for exp and gold.

It should be noted that only a select group of classes will be included in AOS. Aside from this, they will also use a fixed set of unique skills and items to make them easier to understand. These are all the available details for now, so players will wait for further announcements in the future.

There were tons of other minor changes that have been announced, including several QoL fixes. The most notable one is overhauling the game’s graphics, which will upgrade Reflection, Water, and Lighting. Here are the other improvements that adventurers might appreciate:

These are all the most important primary and minor changes announced during LOA ON. Since most of these features were not fully discussed, players should wait a bit longer for more information. The update for January 2023 will also provide updates on the upcoming future content.