Is the OLED Switch Worth the Price? Green Tinted Screens are Putting Off Buyers 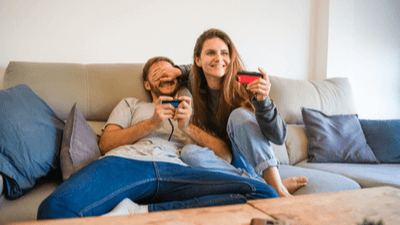 You might’ve heard of the “Red Ring/Light of Death” before. The term surfaced when gamers faced a problem with the Xbox 360’s hardware wherein three red lights on the ring/power button would indicate that there’s a hardware error. Suffice it to say, it’s common for some owners to receive duds when purchasing a console, and the newer options that we have now are somewhat better, but not by much. Reports on the PS5’s issues include software problems, crashes, and there are even some cases where the system gets bricked altogether. It’s difficult to determine just how widespread the problems are, but when you’re dropping $499 on a piece of hardware, it could makes people rethink their decision. Just recently, there’s been an alarming number of folks on Reddit and other forum websites that are having an issue with their latest Nintendo Switch OLED. Introducing the Green Tint of Death, the latest headache that Switch OLED owners have to deal with.

Before people get confused on the distinction between green tint and screen burn-in, I’ll go over the differences between the two. Screen burn-in has been a hot topic ever since the OLED Switch launched, so it’s understandable to think that this might be what people have been talking about. Burn-ins typically occur with various types of displays if they’re made to show the same static image for long durations. This is a common problem in other hardware such as phones, TVs–basically anything that has a screen on it.

The green tint hullabaloo, on the other hand, is typically seen at lower brightness levels and games that have a darker tone such as Limbo, Hollow Knight, and Diablo II. Since the OLED technology is inherently non-uniform, each of the pixels displayed must be color corrected and calibrated to display an image that’s as uniform as possible. The green tint issue surfaces when the pixel drivers aren’t precise enough to display uniformed colors at low brightness. This is because the power input to the LED must be extremely precise to provide accurate colors. As a result, a lot of people see the green tint when they turn down the OLED Switch’s brightness to lower than 40%.

The Rising Number of Customer Complaints

Posts about the issue have been mushrooming through social media, whether it’s on Reddit, Facebook, or other gaming forums. Concerns about the alarming rate of consumers having green tints on their OLED screen have spread like wildfire, with some going as far as to say that Nintendo has done a poor job doing quality control on the units. And to be honest, they’re not entirely wrong. Some say that this is normal behavior for OLED screens, especially on mobile phones. However, there are just some people out there who seem to defend Nintendo at all costs and settle for low-quality screens. Nintendo is indeed a company that’s often slow on the uptake in regard to utilizing the latest technology, but even so, it’s not a excuse for sending out a half-baked product.

The green tint didn’t start in the Nintendo Switch OLED. There are even reports of the v2 model having the same problem. YouTuber’s who had tested out the Nintendo Switch v2 such as Digital Foundry stated that their test model’s screen has a color temperature of bright pink instead of a cooler blue. Other testers ran into similar trouble, with some of them even having a green tint hue. The displays on Nintendo’s handhelds have always been a tad finicky and have been present since the Nintendo DS days, but the OLED version of the Nintendo Switch has the most complaints by far. With many people returning their defective Switch OLEDs to retailers for the nth time after receiving multiple bad eggs, those that were originally thinking of purchasing the latest hybrid console model are now having doubts as to whether they ought to risk their hard-earned cash for a broken piece of hardware or not.

Should You Buy a Nintendo Switch OLED?

The first year of a newly launched console has often been touted as the “testing period” -the time where unknown and unexpected issues surface at the expense of day one buyers. Still, it’s surprising to see this considering that Nintendo bought their screens from Samsung, which – is arguably the best OLED manufacturer in the world. For those that are on the fence about getting the OLED Switch model, it’s best to hold off until Nintendo has released an official statement regarding the “Green Tint of Death” or until they’ve fixed the problem. But for those that can’t wait, it’s recommended that they test their newly bought OLED Switch immediately (at least before their warranty expires) by fine-tuning the system’s brightness levels.