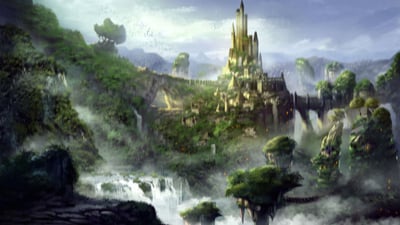 EverQuest is a longstanding MMORPG that has been around since 1999. Even now, 26 years later, it’s still running alongside its younger brother EverQuest II. There was even EverQuest Next, a game that was supposed to be something the other two games were not. However, it never panned out and its development was ultimately terminated in 2016. Now that one of the production pillars has left the studio, EverQuest Next’s fate hangs in limbo. Despite all the setbacks, Daybreak Games are planning a new EverQuest experience, in what seems to be EverQuest 3.

How is Daybreak Game Company planning to handle developing EverQuest 3?

The first is Dimensional Ink Games, which will continue supporting the DC Universe Online MMO. Jack Emmert, who once worked on Star Trek Online and Neverwinter, heads this studio.

The third and last is Rogue Planet Games. It will handle the FPS series PlanetSide, as well as something brewing behind the scenes that promises to be a genre-defining title.

What actually happened to EverQuest Next?

It was first envisioned as a competitor to World of Warcraft. They planned it to have an open world with no loading screens, instanced dungeons, stylized models that lend to low system requirements, and PvP ‘done right’ since day one. Two years later, they said the former idea was obsolete.

They then announced a brand new IP tentatively titled EverQuest Next. Diverging from its predecessor’s format, it would have these features:

It was an ambitious project. Development stalled and sputtered. News about it was scarce, as there were long periods of silence in between updates. They released Landmark as a prototype for EQ Next, though it never really took off. At one point, it was stated to support the Oculus Rift in some way, and that it would eventually come out for the PS4. However, as stated above, it got canceled sometime in March of 2016. Three years later, there was a small spark of hope for a revival. Unfortunately, it was not to be, as the one who sparked that hope stepped down the following year.

Has there been any news on EverQuest 3?

There’s actually convincing evidence to show that EverQuest 3 is in the works, but there is nothing official yet. AMAs and developer interviews have hinted at it. They said that they were researching what made the game EverQuest and will stick to that idea as they move along. There’s also a leak from one of the former staff of Daybreak Games, whose claims were eventually proven right one by one. It said that EQ 3 or something similar has been in the works.

DG is remaining tight-lipped, having learned from the untimely cancellation of EverQuest Next. They will remain so until they get ‘meaningful news’. Also, they don’t want to hype up a title until they’re certain they can follow through.

Fans may be worried about the development of the game. After all, Holly Longdale, executive producer and longtime developer of the franchise, left the company last March. In a letter she left, however, she stressed that EQ players are in good hands with her successor, Jennifer Chan. There’s also the company’s unfortunate tendency to cancel their games after some time.

Now, even with all that, we can’t be too sure when we’ll hear about it officially. We’re stuck waiting until something of note comes up. One thing’s for sure, it’s going to be a long wait. Here’s to hoping that wait is worth it!

Let’s all look forward to a possible EverQuest 3!