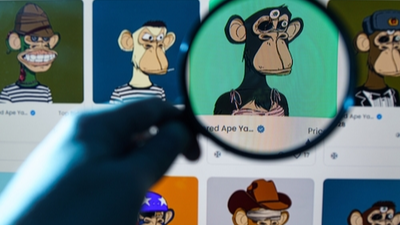 The cryptocurrency and broader NFT market have experienced a precipitous decline recently. Cryptocurrency price indexes show not just a fall in overall price levels, but market activity as well. In a quarter-by-quarter comparison, overall transaction volume has fallen 47%, and year-on-year that figure becomes a staggering 92%. The overall effect has been close to a $1 Trillion dollar price crash since cryptocurrencies peaked in mid-2020.

As we have covered before, despite this downturn, Square Enix is forging ahead with their company-wide pivot to NFTs and cryptocurrencies more broadly, offloading some of their most venerable properties in a fire-sale to Swedish gaming Conglomerate, Enabler. Some of the titles sold include Square Enix classics such as Tomb Raider and Deus Ex.

In a letter to shareholders, Square Enix president, Yosuke Matsuda stressed the new direction of the company and attempted to justify it, saying:

Blockchain games…are built upon the premise of a token economy and therefore hold the potential to enable self-sustaining game growth. The driver that most enables such self-sustaining game growth is diversity, both in how people engage with interactive content like games, and in their motivations for doing so… with advances in token economies, users will be provided with explicit incentives, thereby resulting not only in greater consistency in their motivation, but also creating a tangible upside to their creative efforts. I believe that this will lead to more people devoting themselves to such efforts and to greater possibilities of games growing in exciting ways.

He reemphasized the need to refocus on blockchain gaming, stressing that the play-to-earn model aligns player incentives with the company’s, meaning that players are incentivized to “play to contribute.” It has become clear in recent weeks that Matsuda’s letter wasn’t just a perfunctory press-release but a clear-cut articulation of Square Enix’s priorities going forward. The company is pivoting entirely away from traditional gaming to focus on, in their words, “the future.”

As far as some of Square Enix’s subsidiary properties, the resistance to NFTs has no doubt created some friction. Naoki Yoshida, Final Fantasy XXIV’s producer, and director, NFTs have no place in their core game design, at least insofar as FFXIV is concerned, stating:

Based on how Final Fantasy 14 is designed, we don’t intend on incorporating any sort of NFT element in the game at this point. If anybody is worried or concerned about it, I can clearly state at this time that we do not have any intentions to incorporate that into the game.

Given the tension between Square Enix’s decision to shift to blockchain gaming and the resistance of one of their blockbuster properties, fans must be worried that increasing publisher pressure will eventually lead to the inclusion of NFT or tokenized elements, particularly if Yoshida ever steps down.

It is relatively easy to imagine the ways NFTs or tokenized elements could be included in FFXIV. Tokenized mounts, items, and the most alarming possibility: leveraging FFXIV’s housing system to generate revenue from tokenized real-estate, which would make the current housing crisis in the game even worse.  Any of these inclusions would align with Square Enix’s stated goal, at least ostensibly, of creating games that are “self-sustaining” and allow people to create “interactive content” themselves. It sounds exciting enough; just not for the players of the game.