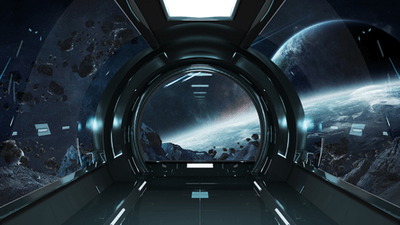 Star Citizen has had a troubled development cycle. The game has now been in development for nearly a decade. To give some perspective: a close friend of mine who backed Star Citizen with some of his allowance in high school is now married with a second kid on the way, and just finished his masters.

The game had an original launch window of 2014, and needless to say, this time frame has been pushed back. In a recently published MCV/Develop Spread, Carl Jones, the COO of Cloud Imperium Games, elaborated on their plans and content schedule for the near future:

I think by that time [2027] we’ll be operating a very large MMORPG. So, there’ll be a lot more publishing resources, a lot more game masters, more player support. That may require us to open facilities in other locations… We’ll still have huge development resources because by that time [2027] we’ll be developing the sequl and sequels for Squadron 42.

From this, and at least according to the developers, the launch of Star Citizen and Squadron 42 is at most five years away because CIG plans to be working on their sequels by then and it is relatively difficult to work on a sequel with the previous game not having finished development yet.

A caveat must be added, however, that this isn’t the first such prediction CGI has made. The game was similarly predicted to “release” in 2015.

While the interview, for the most part, is a marketing placement some of the prognostications do give a sense of CIG’s plans going forward.

As to a more definitive time frame, all Jones had to offer was, “it could be one or two years more,” with the caveat that, “it will be finished when it’s ready.”

Only including crowdfunding, Star Citizen has raised $422 million to date, and it seems that funding is being spent primarily on a glossy new studio in Manchester, and potentially the creation of a Southeast Asian studio. Jones placed a heavy emphasis on the need for CIG to expand to better fill its growing role as a Games-as-a-Service provider.

At the moment we don’t have any major Asia Pacific presence and that’s probably something that will have to come in the long run because if your game explodes over there, then youreally need to star building up teams to service that.

In the rest of the interview, Jones touched briefly on the issues at Activision-Blizzard and broader problems of diversity and inclusivity in game development, saying that:

I really hope CIG is an inclusive and welcoming company, because we’re doing everything we can to make sure it is.

The only thing backers can do is hang on to the hope that this prediction of five years is the absolute outer limit, as far as release time-frames are concerned. If Star Citizen and Squadron 42 were to launch in 2027, the game will have spent 15 years in development.