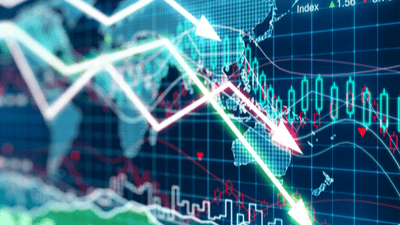 The Escape From Tarkov Rouble

NATO and its allies have placed withering sanctions on the Russian economy after the developments in Ukraine. The Russian economy was disconnected from SWIFT, and numerous Russian export and financial institutions have been targeted. The real-world implications, as severe and important as they are, aren’t really within our gambit.

However, one of the surprising consequences of these sanctions is that in Escape from Tarkov the Rouble, and prices, in general, have crashed and economic fluctuations are widespread in-game.

Reporting by The Loadout indicates that the price of the Rouble in EFT now stands at 147 dollars while just a few days prior the price was 135 roubles per dollar. This is an inflationary movement in economic terms where the value of a currency drops and prices (purchases made with that currency) rise as a result.

The currency system in EFT is unique and the price of the Rouble in the game is pegged to the value of the Russian Rouble in the real world. At the same time, and partially as a result, of this crash, Euros and Dollars in the game have increased in value and players are opting to sell their items to the Peacekeeper, an NPC who buys items for dollars. Likewise, items that can only be bought with Roubles have also dropped significantly in value, the AKS-74UB and AK-74M have dropped in price by 37 percent and 21 percent.

This type of behavior is an interesting example of economic adjustments that are made when inflation occurs, as consumers shift their currency (which is rapidly losing value) to more stable forms of exchange and are reticent to purchase anything with the (now less valuable) currency since anything they purchase will be worth less and less as inflation continues and accelerates. This is partially the reason why many countries which are stuck in inflationary loops tend to limit FOREX markets and offshoring of cash. It remains to be seen whether or not Battlestate games will make any economic adjustments to stabilize the in-game currency.

Likewise, this has affected the real-world trading market for currencies in EFT. On popular trading sites, the price in real terms for the EFT Rouble has dropped 20% since February 28th. Which neatly mirrors, but is not quite as dramatic, as the drop in the price of the Russian Rouble.