Lost Ark Leveling Guide NA – How to Get to 50 Fast 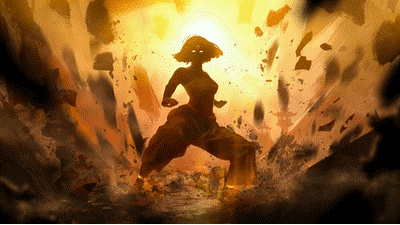 Lost Ark is generating a lot of hype ever since its official release. The game has been around locally for Korea since 2019 and has been doing very well in other servers such as RUS and JP. Due to the amount of success the game found in these regions, Smilegate RPG finally brought the Korean ARPG to Western regions by partnering with Amazon. The game officially went live for NA, South America, and EU servers on February 11. Thousands of players have jumped on the hype train in a race to reach the top of the leaderboards. In order for adventurers to stand at the top, they will have to level up their characters first. This article will give some helpful tips and tricks to guide players in leveling as fast as possible in Lost Ark.

Lost Ark is a Korean ARPG developed by Smilegate RPG. The game is very popular for its gorgeous graphics as well as its unique gameplay and excellent storytelling. The game is set in the fictional world of Arkesia which is divided into many other regions. Arkesia is in a state of chaos and disarray due to the impending release of the demon lord Kazeros combined with various wars and human conflict. Once the Kazeros breaks free from his centuries-long imprisonment in a volcanic jail, the demon lord will lead the Demonic Legion once again to dominate the world.

Players plunged directly into the fray. They are tasked with finding and recovering the Lost Ark which was used to defeat the demonic horde and imprison Kazeros. To locate the relic, adventurers will have to explore various lands, fight hordes of enemies and demons, and look for clues that will give them clues on where to find the Ark.

The game’s unique content has ensured that adventurers will not get tired of playing the game. Players have access to five different Lost Ark classes which will dictate their gameplay. The ARPG also features several exploration systems and dungeon raids that will progress the storyline and the players’ power. As gamers go further into the game, they will need to rank up their character level to make sure that they can defeat the enemies before them.

Since the release of the game in Western regions, players from Lost Ark NA servers and other regions have been wondering about the two leveling systems that can be found at the bottom of the screen. Gamers will notice that there are two bars showing the Combat Level and the Roster Level. These level systems might confuse players, but they are generally easy to understand.

Combat level refers to the character’s actual rank. By increasing a character’s combat level, gamers gain more skill points to invest in their abilities, gain more hp and mana, and increase in certain stats. In essence, combat level is the typical character progression rank of any MMO. Meanwhile, the Roster level is the total progression for every character in a team. When gamers create multiple characters, these units will be listed in the same team called a roster. When players level up their Roster levels, they gain various stats for the whole team which makes any subsequent character after the first and main character have an easier time leveling up their combat rank. Basically, roster rank gives players bonus stats that is shared throughout characters in the same team or server.

The aim for players is to level their characters up to rank 50 while leveling the roster level at the same time. The roster category progresses slowly compared to the combat progression. Gamers should not worry if their characters are already level 40, but their roster rank is still below 20. Players should focus mainly on the combat progression and only level up their roster when it is convenient.

How to Level Up Lost Ark Classes Fast?

Lost Ark basically follows the standard format for any MMO that players need to level up in order to become stronger. However, unlike other MMOs that only restrict dungeons or mob areas depending on character levels, Smilegate’s ARPG has several features that can only be used or accessed once the players’ characters reach certain levels. Getting stronger and accessing new content is the main reason for grinding up characters’ ranks.

In order to rank up fast in the game, players will have to prioritize doing specific features over others. Lost Ark does not rely on the typical mob grinding aspect of other MMOs in order to level up characters. Combat experience will come largely from doing quests, daily missions, and dungeon crawls. Here are a few tips on how to level up fast in Lost Ark:

Focus on Doing the Main Questline

The main questline progresses the story of the game allowing players to transition to other regions as well as understand the events happening in Arkesia, but these quests also provide the bulk of the experience points needed by players. Quests give gamers the most experience points out of all the activities in the game, so if players want to level up fast, then they should focus on doing the main storyline quests until level 50. Since level 50 is the soft cap for every player, this is the first major milestone that every adventurer should aim to reach.

Do Every Side Quests Along the Way

Most people tend to skip side quests because they think that they are a minor inconvenience. However, in Lost Ark, side quests give substantial amounts of experience points that compliments the amount given by main quests. The side quests are not inconvenient since most of the objectives of these missions line up with the task objectives from the main quests or are in the same pathing. For gamers who want to reach level 50 as fast as possible, they should complete every side quest in every region.

Lost Ark has a lot of features that players will find enjoyable. Some of these that are accessible early on are trade skills and collectibles. However, if adventurers want to focus on leveling up, they should avoid doing these activities until they hit level 50. Engaging in trade skills and finding collectibles can eat up the players’ time and distract them from doing quests, so it is best to stay away from them for the time being.

The game features a teleportation system called Tri-Ports that allows players to teleport themselves to different areas where the ports have been discovered or unlocked. For a small fee, gamers can go back and forth between areas to save time. Even though the game provides gamers with cool mounts, adventurers should take advantage of the Tri-Ports if they want to level up fast.

As mentioned before, mob grinding is not the main source of experience points in the game. In fact, farming enemy mobs provide very little exp that their contribution to leveling up is very minimal. However, even if mob farming is not a thing in the game, players should still invest in large AoE abilities or skills that can clear out hordes of enemies fast. Some quests will require players to kill mobs, and some dungeons will host large numbers of enemies. These are the situations when mob grinding is necessary, so players should still invest in large PvE skills.

Players might find themselves tempted to challenge themselves to do hard modes of dungeon raid quests. Doing these dungeons at the hard difficulty level will provide gamers with slightly better loot. However, for adventurers who are looking to speed run their rank progression, they should just stick to doing the normal modes. Doing dungeons at the normal difficulty yields the same amount of experience points as the harder ones. In addition, dungeon bosses on the normal mode are easier to kill and will require less time, so for efficiency’s sake, just do normal dungeons.

Once players hit level 50, they will experience an exponential increase in exp needed to reach the next level. Going from level 50 to 51 is similar to ranking up from level 1 to 50. Adventurers will need to do a lot of questing and dungeon raids in order to get enough experience points to rank up. Thankfully, gamers will unlock Una’s Tasks feature once they reach rank 50. This feature gives players daily and weekly missions that refresh on cooldown. These quests will give experience points and gold which will supplement the level progression of adventurers.

Use Powerpass for Alt Characters

When players finish the main story in Northern Vern and reach level 50, they will receive a powerpass that they can use for their alternate characters. Powerpass is essentially a shortcut for subsequent characters to reach level 50. The pass gives gamers a shortened version of the main storyline as well as brief tutorials about the game’s various systems so that gamers will not be confused when their newly created characters get to level 50 fast.

Once players reach level 50, they can consider progressing their roster level so that their other characters will start out with more bonuses. Quests also give experience points to the roster progression, so gamers will not necessarily have to grind their teams’ level all the way from rank zero. One particular note is that if gamers spot or come across any Mokoko seeds while doing quests, they should definitely gather them since acquiring these seeds will provide players with Roster Lvl exp points.

Leveling in the game is very important since various features in the game have level requirements. If adventurers follow this guide and reach at least level 27 before they arrive at Luterra Castle, they will have unlocked half of the unlockable features. Speed grinding to level 50 will also open up more time for players to do activities such as sailing, trade skills, and looking for collectibles. For adventurers to enjoy the game to its fullest, rush the combat level of the Lost Ark classes to rank 50 as soon as possible.