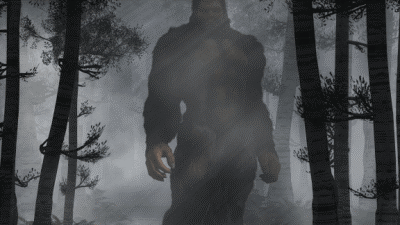 Lost Ark has released their roadmap for 2023, and things are starting to heat up in Arkesia. The previous months focused on crucial PvE content such as Guardian and Legion Raids. While Lost Ark West has much catching up to do to the KR server, it will be a while until the next set of Legion commanders is introduced. Fortunately, the roadmap indicates that a lot more exciting things are coming this year.

A mysterious vortex has caused a disturbance to a nearby island in the middle of their revelry. The rift brings many iconic characters from The Witcher to a brand-new area full of new event quests. Adventurers meet Geralt of Rivia, Ciri, Yennefer, and other known figures. Your mission is to help these stranded visitors from another world to determine the cause of this occurrence and possibly help them resolve it.

Aside from a whole new questline and the appearances of multiple Witcher characters, players can also benefit from the event’s crossover cosmetics. Male jobs can have an appearance similar to Geralt, while Female classes gain access to a costume identical to Ciri. Players can also earn tons of other things like character customization scars, Cards, structures for your Stronghold, emojis, and so much more.

February will see the 1-yr anniversary of Lost Ark entering Western Regions. Though we don’t have any specific details yet, we know there will be special events during the festivities. Hopefully, there will also be some cool and exclusive freebies and rewards.

The first bit of meaningful PvP content will take center stage in the 2nd month of the year. The Rowen continent will be introduced as the newest area for adventurers to explore. This land is rich with Sylmael, a precious and coveted resource in Arkesia. This region is a long-forgotten place that once housed a thriving ancient civilization before it mysteriously disappeared.

With the news of the abundance of the crimson jewels spread to other continents, various opposing factions have started their journey to harvest these materials for themselves. As tension arises between these groups, competition for the Sylmaels will also increase the tendency for bloodshed. However, hostile barbaric nomads will also threaten these warring factions.

Rowen introduces a new questline that players can complete once the region is released. However, you will need item level 1445 to explore this new territory. After finishing the main story missions, you must choose between the two warring factions. By the end of the quest chain, the neutral ground Eliyabeck, which prevents an all-out brawl between the two groups, has finally collapsed so that players can engage in open-world PvP.

There are two primary groups that adventurers will join to enable open-world combat to them. Each of these two factions believes in a specific doctrine that opposes the other alliance. Here are the warring sides of Rowen:

Once you have joined a faction, you can officially join the war to control Rowen. There are tons of PvP activities that you can engage in, which will increase your reputation on your chosen side. The ranks are divided into 15 tiers, and you gain Faction exp by killing enemy faction members or engaging in daily, weekly, and co-op tasks.

Aside from Rowen, another significant PvP content will be the Tulubik Battlefield. This feature will showcase a large-scale player-versus-player fight consisting of 96 adventurers (48v48). The battlefield has multiple objectives that gamers need to accomplish, such as capturing bases and killing a specific number of enemies.

Players can participate in two types of engagements on specified schedules. Both of these matches will occur on the same day. Here are all the modes for the Tulubik Battlefield:

To ensure that participants are prepared for this content’s trials and tribulations, players must have at least 1490 Item Level and have achieved Faction Rank 5. Gamers gain Faction EXP from participating in this large-scale event.

Aside from the Tulubik Battlefield, there will be tons of new balancing and events in March. There have yet to be specifics on what changes will be implemented. However, we know that a third Arkpass will be included in the March patch.

The long-awaited Specialist class will make its introduction in April 2023. The first advanced job in this field will be the Artist, who uses her brush to support and protect her team. This summoner-type character can damage her enemies by using skill directly attacking her foes or by summoning creatures she can conjure through her art. However, the Artist’s strong suit is providing various support moves to empower and protect her teammates in multiple situations. This support class is expected to be a welcome addition to any raiding party.

The gameplay of the Artist relies on her Moonfall and Sunrise. Moonfall empowers multiple allies simultaneously, while Sunrise provides substantial healing to a single party member. Balancing your usage between the two will be the mechanic players will need to learn when playing this class. These skills can be used when you have generated enough Harmony Orbs by filling your Specialty Meter.

It has been noted that there will be several changes that will make their way into the Western version of this class. Fortunately, these are all gameplay related. Most of these updates will involve aesthetics and costumes since Lost Ark West previously reacted negatively to skimpy suits in the game.

The Hardmode version of the Phantom Legion Raid will be introduced at the same time the Artist class is launched. This mode will make the fight with Brelshaza much harder, considering she is already one of the most tedious and challenging bosses players have faced. In addition, the introduction of HM will mark the entry of Ancient quality gear and accessories. The item level requirement for each gate will also adjust to ensure players are fully prepared for the challenges. Here are the gear score needed for entry:

The movements of a certain colossal being have heavily inspired the unique fighting style of the Martial Artists in Anikka. Hanumatan is the Solar Guardian who was once forced to be reckoned with during the Chain War 500 years ago. The hallowed being has now arisen from his slumber after sensing chaos spreading through Arkesia. Unfortunately, this ape-like Guardian has decided that Humans are the cause of the current situation the world is in.

Adventurers must now stop Hanumatan before he can unleash his fury on the citizens of Arkesia. This guardian will require players to have at least Item Level 1540, which will be the highest in the game. Adventures who defeat gargantuan apes will gain access to Ancient accessories drops.

While we have a roadmap for the first quarter of 2023, some content needs to be specified for this update. The female Berzerker is one of the upcoming classes that players are anticipating. It has been rumored that this job will appear sometime in the first few months of the year, but we have yet to confirm this. Other characters, such as Aeromancer, are not included in the announcements either.

Aside from upcoming classes, adventurers are also excited about future Raids, which include the Demon Akkan. The Plague Legion Commander is already available on other servers, including KR and JP. However, there have not been any details on when this boss will come to Lost Ark West. However, there are speculations that he will appear at the end of the year.

While waiting for these updates to go live, players can take time to enjoy the changes that the Wreck the Halls update brought. Adventurers can level up their Summoner characters or fully clear the six gates of Brelshaza. Make sure to stay updated on any feature announcement from AGS.