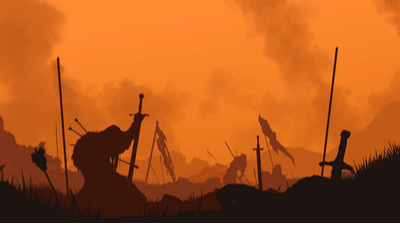 Lost Ark gained astonishing popularity as soon as it was released. Just a day after it went live, the game rose on Steam’s leaderboard and became the second most played game in the history of the platform. The pace at which the Korean ARPG’s population grew in numbers is being compared to another online game that was released back in September of last year: New World. This naturally draws comparisons and in this article we’ll compare Lost Ark vs New World and contrast the two games.

Fans are worried that the new hit MMO will bleed players in a way similar to New World. However, there are a lot of things that set the Arkesia apart from the world of Aeternum. These qualities Lost Ark possess make sure that the game will survive and continue to grow months after its initial release, despite valid fears from fans.

What Happened to New World?

New World started out as a promising new MMORPG that was a massive hit when it first came out to the Steam Store. The game found massive success during its peak as it garnered around 900,000 active players. The Amazon-owned MMORPG was setting itself up as the gaming studio’s biggest and most successful gaming title yet.

However, things started to go sour a few weeks after the game’s initial peak. It was expected that the MMORPG would eventually start losing players, which was normal for any new game after its release. However, the rate at which New World lost players was exacerbated by the issues that plagued the game.

Aeternum was facing a serious issue regarding a gold duplication exploit that essentially wrecked New World’s economy. The gaming studio took too long to resolve the problem that players started to lose their cool. The community’s loyalty was also tested when Amazon Gaming Studio started to release new updates that were highly unpopular with the players. After months of struggling, New World finally stabilized at around 100,000 active players, which is less than a fraction of its original population.

Why is Lost Ark Better than New World?

Other than both games being released by Amazon to Western regions, both Lost Ark and New World are MMOs that are new to gamers from NA, South America, and EU. While New World was developed and published by Amazon Gaming Studios, the gaming studio was only the publisher of the Korean MMO to Western regions since it was Smilegate RPG that actually developed the game. However, this is where their similarities end as the Korean ARPG has something much more to offer than Amazon’s own game.

A More Polished and Optimized Game

Lost Ark has been around since 2019 in regions such as KR, JP, and RUS. New World is an entirely new game with no previous background or reference, so the game will have to test and experiment on updates that may or may not be successful or popular with fans. Meanwhile, Lost Ark has already years of optimized features and updates that have been tried and upgraded over the years. This means that the new players in Western regions will not face similar issues regarding updates like they experienced in New World.

When people compare the two games’ visuals and graphic designs, Lost Ark is superior in all aspects. From the game’s well-designed characters, engaging cinematics, breathtaking environment designs, and superb animations, fans of the Korean ARPG can always admire the beauty and ambiance of the game. While New World does have its own perks and qualities regarding this aspect, Lost Ark is simply more aesthetically pleasing than the Amazon game.

Another feature that players enjoy in Lost Ark is its gameplay. Some gamers feel that New World’s skill and attack animations were still a bit clunky and rough. Meanwhile, Lost Ark’s battle scenes are smooth and visually pleasing. While New World was innovative in its weapon-based gameplay system, the Korean ARPG made its own unique play style by implementing a flexible system for Lost Ark classes that allows every class to fit into different roles such as DPS, tanks, or support. Ultimately, the Korean ARPG takes the cake due to its numerous available classes since the Amazon-owned MMORPG is restricted to its limited number of weapons.

One of, if the single most important reason why Lost Ark is better than New World is that the game already has multiple features available. Smilegate’s MMO has a variety of content that players can explore such as sea exploration, upgrading and decorating island strongholds, participating in chaos dungeons and guardian raids, trade skills, and gathering collectibles for rewards. Lost Ark players have many things to do without feeling that the game is repetitive. On top of this, the game is completely free compared to Amazon’s pay-to-play MMO. Though New World cannot be faulted for this since it is a new game, it still needs to compete against the Korea ARPG since both of them are trying to reach the same market. Because Lost Ark is already a polished game with more updates coming in, New World is hundreds of steps behind the ARPG MMO.

With Smilegate’s ARPG being more optimized, more developed, and visually better, the game has the potential to compete with other top MMOs such as Final Fantasy XIV and World of Warcraft. Unfortunately for New World, it has fallen way behind. The Amazon-owned MMORPG will have to spend months or even years in the dark until the game finally matures enough for players to fully appreciate and enjoy.