Lost Ark – Why are People so Excited? 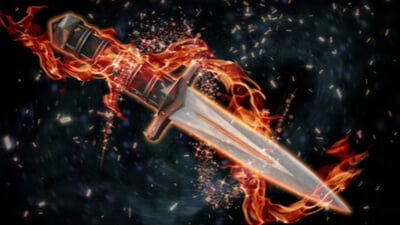 Lost Ark has been generating quite a buzz in the gaming community weeks before its scheduled release. Even though the game has been out since 2019 in East Asia, the Korean ARPG has never been locally available to western regions until recently. After months of beta testing in selected countries, Smilegate RPG is now ready to release the game to western audiences after partnering with Amazon. Casual gamers and avid fans of the MMO genre are anxiously waiting for the time when they can finally create their Lost Ark accounts. With so much attention being given to the game, some people might wonder why a game that has been out for almost three years generates so much hype?

Lost is a Korean ARPG-MMO, similar to Path of Exile and Diablo, developed by Smilegate RPG. The game’s primary setting is the fictional world of Arkesia. The story of the game starts with the players being informed that the demonic lord, Kazeros, is about to break free from his volcanic prison. Once he is free, he will lead his demonic army to ravage the world of Arkesia. Players are plunged right into the conflict as they are tasked with finding the Lost Ark, a timeless relic used to jail the demon lord. The quest for the Lost Ark is not easy, as players will have to brave through harsh lands and demonic hordes in order to find the relic. To do this, players will have to get stronger by questing and farming Lost Ark gold to get higher stats and stronger items.

The game features an isometric view that is standard to any ARPG game. Unlike PoE’s dark and gloomy atmosphere, Lost Ark is bright and radiant. Even though it’s set in a time when the world is nearing an impending doom, players can still appreciate the game’s vibrant atmosphere and gorgeous graphics. The character and environment designs have been the game’s trademark features since its release back in 2019.

What Makes the Game So Popular and Unique?

Unlike some of the most recent MMOs like New World and Final Fantasy XIV, Lost Ark provides players a unique and interesting gameplay experience. The game has a point-and-click movement orientation which dictates the direction of the characters’ movements and attacks, which may disappoint some players. However, the game has a lot more to offer than just simple mouse mechanics.

The game features gorgeous graphics and marvelous environments that rival Final Fantasy. One particular feature that players tend to spend their time on the most is character creation. Character customization in Lost Ark is a huge deal since the gaming studio has made excellent and quality designs. Creating the most gorgeous and breathtaking characters is something gamers are avidly trying to do in the ARPG.

Unlike some MMOs, Lost Ark pays heavy attention to its storytelling as the main quests and its world’s lore are some of the most interesting parts of the game. Most of the game’s dungeons and raids are cinematic as they are heavily influenced by the game’s story. These raids are not just built for players to grind but also to develop the current narrative.

A unique feature of the game is its so-called Tri-Pod system. This system allows players to invest their skill points in a variety of skills. Investing in different skills alters the gameplay and specialization of each class significantly. As characters level up, gamers do not need to follow a single-specific build or skill tree to enjoy and optimize their characters. Investing in a variety of skills opens up different combos and skill rotations that are optimal in the world of Arkesia. This ensures that players can feel how different their characters are from other gamers in terms of style and build.

Lost Ark also prides itself on the amount of exploration content available to players. In the quest to find the Lost Ark, gamers will spend a large amount of their time fighting demonic hordes, exploring, and sailing. The game has an open sea system where players can set sail in order to expand their horizons. They can customize their ships and crews to fight other entities along the high seas. But no fleet is complete with a place to call home.

Aside from having ships and crewmates to sail with, sailors can also acquire their own island fortresses. These strongholds will serve as the base of operations of the players and their fleet. Players can stay in their fortresses to rest, craft materials, or plan for their next adventure. These bastions can also be upgraded by looking for raw materials during explorations which can open up a lot of options on what can be done in these areas.

Though classes or jobs are already common in a lot of MMORPGs, Lost Ark makes their class system a bit more unique by inputting more elements to it. Smilegate’s ARPG features five starting or beginner classes that players can choose from. These classes are the warrior, gunner, martial artist, mage, and assassin. As these characters progress and level up, they can be further upgraded into advanced classes. These various advanced classes provide different styles of gameplay further cementing the game’s uniqueness.

What makes Lost Ark popular from a gameplay standpoint is that these advanced classes are not destined to stay on one role. Each class can be played differently from the standard tank, support/healer, or dps role. The versatility of these classes means that they can fit into different roles or niches depending on how the players build them. For example, gunlancers are considered the best tanks in the game. However, characters who fall under this class can still function as supports or even attackers depending on which skills were invested in.

One of the most notable features of the game is its versatility and flexibility. Unlike most MMOs which require players to have party members with specific classes, Lost Ark does not restrict its content by class-locking its raids and dungeons. The game is very generous to parties that do not have the standard party format of having a tank, support, and dps. Instead of heavily requiring parties to have tanks or healers, gamers can dive into dungeons and explorations with any class as they can shift their strategies and fighting style depending on what they have. This means that Lost Ark’s content is accessible to any class and any party arrangement.

Another feature that makes the game more popular is its flexibility between solo-play and team play. Unlike MMOs like World of Warcraft that require players to party up with other people to do raids, most of Lost Ark’s dungeons, raids, and explorations do not require a party. Since the difficulty levels of these activities are scaled with the number of players, raiders can choose to do these things with or without teammates.

For the game’s PvP system, gamers will find that they do not need to build or gear their characters to be PvP oriented from the very start. Lost Ark separates the stats, skills, and builds between PvP and PvE content. This means that players can have PvP builds that are separate and independent from their normal or PvE build.

For most gamers, Smilegate’s ARPG is the breath of fresh air needed in the MMO industry. The gaming scene has been saturated with third-person MMORPGs that are grind heavy and have simple graphics. Final Fantasy XIV has been the only constantly exciting and interesting MMO for the past few years. However, due to the game’s popularity, their servers have become overcrowded, forcing other gamers to look to other gaming titles.

Other games such as World of Warcraft and Guild Wars 2 still have a good following, but they are not comparable to their golden years. WoW, in particular, became stagnant and has seen large swaths of its population go to other MMO titles. Runescape and OSRS are good games, but they are lacking some qualities that make them fall short of becoming the top MMO in the field. Meanwhile, Amazon Gaming Studios’ own New World has fallen out of favor after being riddled with issues and problems for several months. From almost a million active players during its peak, Amazon’s MMO has only retained around 100,000 active players from its original player base.

Players and fans of the MMO genre have been experiencing a drought of new and enjoyable content outside FFXIV, and Lost Ark seems to be the answer for many gamers’ cravings. For years, the only ARPGs that are easily recognized by gamers are Path of Exile and Diablo. While the list of tpp MMORPG grew, the ARPG genre has not produced any hit titles. Despite being an excellent game, Smilegate’s ARPG has been limited to only several countries. With the game’s success in its local region and selected beta testing countries, Lost Ark seeks to conquer western regions with its unique graphics, storyline, and gameplay.

Fans are very much excited to see how Smilegate’s ARPG will fare into a much larger array of audiences. With its release set on February 11, 2022, many players are ready to start creating accounts and start farming Lost Ark gold. It’s safe to say that the game has the potential to be on the top 5 MMORPGs in recent years, so gamers should be ready to start their quest to find the Lost Ark.