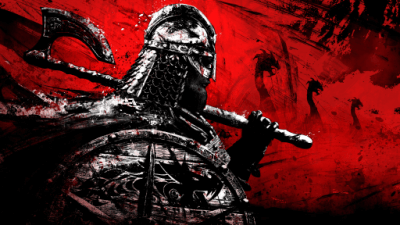 Mastering the Charge Blade in Monster Hunter World is an intimidating obstacle; not only do you have to remember lots of combos, but the concept of it being half of a sword and shield and half of an axe can be vexing. As a result, the Charge Blade is often touted as a weapon that’s not for the easily overwhelmed. There is beauty in its complexity, though—its move set allows hunts to utilize various play styles. As a result, tons of unique and diverse builds highlight the CB’s specific advantages. Whether you’re just trying the Charge Blade out or looking to put together multiple builds after finishing the Iceborne expansion, you’ve come to the right place. The builds I’ll be putting here will cover the essentials and explore some that align with the meta.

How the Charge Blade Works in Monster Hunter World

Before diving into the goods, we first need to discuss what the Charge Blade is capable of. The Charge Blade is designed to swap between its Sword and Axe modes. You can treat Sword mode as the default, where you’ll spend most of the time using the weapon. Sword mode offers you a balance between offense and defense; it’s also how you can charge up your phials. Your axe head will turn into a shield when using this mode, and it’s capable of deflecting attacks and storing your phials until you swap to Axe mode.

If you want to deliver powerful blows, Axe mode is where it’s at. With a higher reach and damage output, it’s the ideal mode for attacking monsters that love staying up in the air (yes—I’m looking at you, Kushala Daora!) or cutting horns. When you have enough phials stored, you can go for a Super Amped Elemental Discharge—or SAED, for short. This is the most powerful attack a Charge Blade can offer, but it can be easy to miss, especially if the monster you’re hunting is constantly moving.

For this build, we will prioritize armors, skills, and decorations around the Charge Blade’s Power Axe mode. Power Axe mode is relatively new since it was only introduced in Monster Hunter World’s Iceborne expansion. Basically, it lets you cancel your SAED into a Savage Axe Slash—assuming you already have phials loaded.

This build aims to deal as much raw damage as possible and use your phials to power up your axe instead of dealing any additional elemental or impact damage. We’ll take advantage of Agitator Secret and Teostra Technique here; these are considered the best CB Monster Hunter World set bonuses since they deliver affinity and sharpness boosts.

Here’s the pre-decoration skill list for the Power Axe build:

Once you slot in the decorations, remember to prioritize Capacity Boost since it powers up your axe head. Here’s what I recommend slotting in:

For this type of build, I’ll lean more towards doing as much damage as possible by using various moves with the Charge Blade. If you’re always up to date when looking up the latest build guides, you’ll no doubt recognize the armor we’ll be rocking here—there’s a reason why it’s considered the current meta (outside of the Fatalis build sets). The Lightbreak Charge Blade is the best pick for this build due to its non-Awakened raw damage, gnarly Blast damage, and stunning Impact phials.

Much like the Power Axe build, Agitator Secret and Teostra Technique are must-haves. Plus, with the Rocksteady+ Mantle and Temporal Mantle+, there’s no stopping you. The Temporal Mantle+, in particular, is helpful if you’re still getting to grips with timing your Guard Points. If you miss the block and the monster’s attack hits you, you can automatically negative the damage and evade it.

Here’s the equipment and armor:

You’ve probably noticed that we’re more or less using the same armor and equipment as the Power Axe build, so you can expect the skills also to be identical:

Here are the decorations/skills that are recommended with this build:

Take a look at the equipment and armor for this elemental build:

As you can see, you’ll be using all of the armor pieces of Safi’jiiva. Using True Dragonvein Awakening enhances this build’s attack even more, but when used with a complete Safi set, you can also heal 20-50% of the self-damage you deal with when it’s active.

Here’s the skill list for the Ice Elemental build without any decorations slotted in yet:

And here are the decorations I recommend using with this build:

By slotting in DPS skills like Critical Eye and Ice Attack, you’ll be able to hold your own with this build. Moreover, since you’ll have Guard, Evade Window, and Health Boost, it’ll take the pressure off of you to avoid getting one-shotted by elders.

With the Charge Blade feeling like a convoluted weapon, to say that it’s challenging to master is an understatement. Hopefully, you learned a thing or two about what you can build around the CB and how you can tap into its fullest potential.