The 5 Best Cars in Rocket League 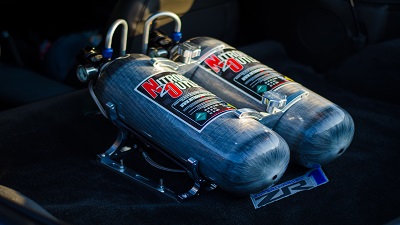 If you ever found yourself feeling awkward and disconnected by using that fancy new Rocket League car that just dropped out of the crate, you are not alone. While all the cars are similar, they have varying hitbox sizes, turn radiuses, power, ball control etc. These seemingly small differences affect the playstyle significantly.

There are around 40 cars in the game, with some available right away, some unlockable by playing the game, and some only available through paid DLCs and crate unlocking. Some are just better than others. Here are our top picks for the Best Cars in Rocket League that will instantly boost your competitiveness.

What are the Best Cars in Rocket League?

Among the competitive crowd, Octane reigns supreme. There’s an unofficial consensus that Octane is the best all-around car. Around 50% of all professional players exclusively use Octane for ladder play and in tournaments.

Whether it’s aerials, dribbles, powerful shots or something else, Octane and its crate variant Octane ZSR will serve you very well. Much of Octane’s success is derived from the elusive “feel” of the car. The players who swear by it often state just how smooth, natural and realistic it feels to handle Octane in all aspects of the game.

A big factor that contributes to Octane’s feel lies in its look. The way Octane looks corresponds to how it performs. This is something Takumi and its crate version Takumi RX-T lack. They have almost identical stats as Octane, but something about the way they look just doesn’t relate that well to how they perform during games. Nevertheless, they are both equally as viable competitively. It will only take you a bit longer to get used to them.

Mechanically, Octane type excels at aerial power shots. It’s easy to control, the hitbox size is almost perfect, it hits hard, and most importantly, it provides the level of comfort and consistency required in the highest echelons of a competitive ecosystem. This is why 1v1 mode is literally Octane swamp.

Last, but not least, stock Octane is a car available to anybody who buys Rocket League. Many players clocked thousands of hours on it simply because it was free. We still recommend getting Octane ZSR though. However, it won’t provide you with any meaningful competitive edge. You will simply look cooler than the rest of the stock Octane.

Batmobile and the rest of the plank type are a flatter, longer variety of cars with superior power when hitting the ball. The increased length of these cars compensates for the lack of surface area and lower profile. This primarily relates to much easier aerial dribbling capabilities.

While length certainly provides a competitive edge, these cars are at a disadvantage in head-on collisions, the so-called 50-50 situations. Octane, which has a visibly higher profile than the Batmobile, can often win these smash-ups solely due to a bulkier hitbox and bigger surface area.

Also, Batmobile and the rest of the plank types are more prone to near-misses and other errors. In the capable hands of masters like kuxir97, Over ZerO, Fireburner or Snaski, Batmobile is a weapon of mass destruction. However, in the hands of less experienced players, it can often become a source of frustration.

Mastering these plank types requires time, patience and dedication. Definitely avoid if you just want to get better in as little amount of time as possible. However, if Mantis or Centio V17 find their way into your Rocket League garage, give them a few runs. You might end up pleasantly surprised with their power shots.

Dominus is my personal favorite. There’s also a crate version called Dominus GT which performs similarly, but due to a more streamlined design, something about it personally makes me feel distant and disconnected from it.

Dominus is also a low-profile, flat, long car capable of highlight-reel aerials and air dribbles. It’s basically a big, blocky powerhouse flying through the air smashing the ball wherever you see fit. On the ground, dribbling should be no issue as well, due to its lengthy nose. To me, aerials and dribblings feel much more natural compared to Batmobile. On the other hand, the Batmobile is an alien looking car, so the brain definitely perceives something different from these two.

It might just be due to individual experience, but Dominus actually feels less handicapped in 50-50 situations. You will still regularly lose the duels with Octanes, but near-misses should be less prevalent. Also, this car is quite tolerant of a bit rougher handling, so in those nerve-wracking moments when you are surviving the siege of your goal, you will be less prone to mechanical errors as well.

Classic Dominus is available as DLC, while Hotshot is free. Dominus GT, obviously, drops from crates.

Breakout type maximizes the length in exchange for an even narrower frame and low profile. It’s a stock car that comes with the game, while Breakout Type-S and Animus GP are only available from crates. I’d only opt for Breakout if I absolutely didn’t want to spend another dime on Rocket League and, for some reason, Octane didn’t work out for me. It’s still one of the best cars out there, but it’s more suitable for high-level players than the moderately competitive and casual playerbase.

Merc is the friend of all Rocket League newbies. By virtue of being literally a big, blocky “brick,” Merc is a bully capable of easily demolishing opponents’ cars. You will find lots of Mercs in lower ranks, but as players learn, improve and progress, it will be less prevalent. Still, if you notice you miss the ball a lot, Merc can often serve as a band-aid fix.

While ground dribbling will feel a bit clunky due to its height, Merc can parry any Dominus and Breakout out there in aerial duels and dribbles. It’s no stranger to insane power shots either so it can fill the defensive and passing roles in team match quite well. This friendly van is freely available to any Rocket League owner as one of the stock car choices.

Which car(s) should I use?

Thanks for checking out our piece on the Best Cars in Rocket League.