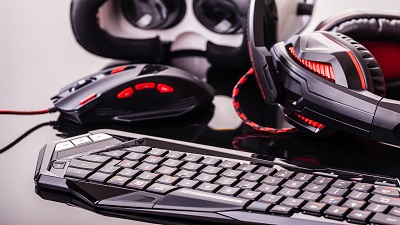 The pinnacle of this year’s premier Rocket League esports league, the RLCS Season 4 World Championship, took place this weekend at the MGM National Harbor Theater in Washington, DC. The popular stunt-car soccer game has a healthy and growing pool of fans and professionals attending these international LAN events. This year was no different.

The 4 top teams from Europe (Gale Force eSports, Method, Mock-it eSports, and PSG eSports), the 4 best from North America (Cloud9, Ghost, NRG Esports, and G2 Esports), and 2 from Oceania (Chiefs eSports Club and Pale Horse eSports) competed for glory. Also, the battle was for bragging rights and a stake in the $150,000 prize pool. The match format was Bo5, with finals being Bo7.

After Cloud9’s stellar performance at the Northern Arena Invitational earlier in October, everybody wanted to see whether NA has finally caught up with the Europeans. EU teams routinely outperform their opponents from across the pond in these high-stakes competitions and tournaments, so what better place to settle the score than at the RLCS Season 4 World Championship!

The first day was scheduled for the lowest seeds. Round 1 pitted NA & EU #4 seeds, G2 Esports and PSG eSports against Oceania’s representatives, regional champs Chiefs eSports Club and runners-up Pale Horse eSports. Despite dragging the match to the distance, Chiefs ultimately got dispatched by G2 Esports into the lower bracket. Pale Horse eSports followed suit after getting swept by PSG.

These 2 intro matches were immediately followed by four star-studded quarterfinals pairs. EU champs Gale Force eSports defeated G2 Esports easily. What followed was a series of matches that went the distance. Ghost Gaming managed to subdue Mock-it eSports, PSG eSports settled the score with Cloud9 and Method eliminated NRG Esports in the final match of the day too.

After dominating G2 Esports the day before, Gale Force eSports continued the stomping by going on full lockdown and sweeping Ghost Gaming in the first semifinals pair. This was followed by a close matchup in between PSG eSports and Method, with the latter emerging victorious.

After that, it was time for the lower bracket. It started with arguably the biggest upset of the whole tournament. Chiefs eSports Club defeated NRG Esports after a goal-infested match that went the distance. Few people, if any, expected this to happen, but the Oceania champions showed marked improvement this year.

Oceania #2 seed though, Pale Horse eSports, got eliminated right away by Mock-it eSports, finishing the tournament without a single won game. Mock-it eSports scored 16 goals in just 3 games, which showed just how strong and competitive the EU teams are.

In the second round, Chiefs were up against none other than Cloud9. This was a much harder challenge, and the one they simply couldn’t beat. Chiefs actually won the first game, but Cloud9 balanced out the pressure in the second and turned the tempo and control of the match in their favor completely, sweeping Chiefs out of the tournament.

G2 Esports staged another upset, beating Mock-it eSports 3-2. The disparity between NA and EU is still evident, but the gap has visibly gotten smaller this year. Obviously, most of these wins for NA teams came after long and hard-fought games, but they certainly showed how to beat the EU overlords.

The remaining teams in the lower, losers’ bracket was all amped to knock each other out. Cloud9 struggled a bit against Ghost Gaming, but managed to win. G2 Esports eliminated PSG eSports 3-1. The two NA teams clashed in the fourth round, going to the bitter end. Cloud9 ultimately confirmed their undisputed status of #1 NA team at the moment, beating NA #4 seed G2 Esports 3-2.

After decisively knocking out PSG eSports the day before, it was time for Method to take a shot at the main bosses of Season 4 in the upper bracket winners’ finals. Gale Force eSports, obviously, had no intention of losing. They won in the end, but it was certainly quite competitive. The match went the distance and the goal differential was minimal in all but the 5th game. This was one of the most amazing displays of talent, raw skill and teamplay. Watching these teams duking it out was a true treat for the crowd, fans and all the live-stream viewers.

After narrowly losing the winners’ finals, Method had another chance for redemption in the losers’ finals. This was where the journey stopped for Cloud9. Whether it was nerves or just fatigue, Cloud9 got outclassed and outplayed by Method. They won the first two games, but that was it. Method adapted in the third and went on a sweep, going back against Gale Force eSports in the grand finals.

As much as fatigue may have played a role in Cloud9’s loss to Method, so did Method probably buckle under the pressure against Gale Force eSports. After a close and competitive match in the winners’ finals, grand finals were the stark opposite. Gale Force eSports went on an absolute tear and swept Method decisively, winning the championship in an absolute spectacular and dominant fashion while staying undefeated throughout the whole ordeal. Turbopolsa, one of the Gale Force eSports trio, is the first professional Rocket League player to win the World Championship two times in a row.

Runners up Method confirmed EU still reins supreme over NA, albeit the gap is much narrower this season. Oceania champions Chiefs eSports Club, despite failing to get far, have been a pleasant surprise, as much as NRG Esports were a disappointment. Hopefully, we’ll get to see more and better of these two teams next year.

Last, but certainly not least, Cloud9, despite ultimately failing to win the title, is at the forefront of the NA Rocket League esports scene at the moment. With such a big and established esports organisation that is Cloud9 backing them up, this team is set for some great results. We’ll be seeing C9 regularly in the coming months for sure. And who knows, we might even see them at the RLCS throne next year!