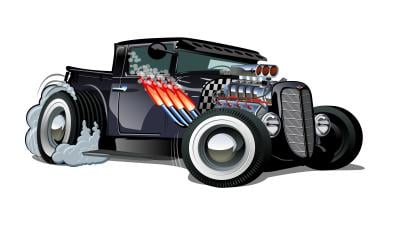 As anyone who’s played Rocket League can attest, some things in the game are so cool that they’re already bordering on legendary status. These things can range from special moves to rare items as well as plays and everything in between. Being a game that’s jam-packed with coolness, you might be asking yourself: what exactly are the coolest things in Rocket League? What do people covet the most? What causes the most excitement? What’s the hardest and rarest thing to pull off, find, or equip? While such things are speculative, they’re not exactly beyond conjecture.

Why are Titanium Whites awesome?

If you spend more than five even as little as five minutes in trading forums, you’ll learn that Titanium White wheels are amazing. People love it. It goes with every other color, looks striking in every way, and generally comes across bright enough to see from across the map. Perhaps nothing is more coveted than Titanium White Zombas, which is still the most popular and the rarest exotic wheel in the game. Even rarer, even more valuable, and even more the subject of envy is the legendary Titanium White Apex. You may have literally never seen one of these in-game because they make everything else look like child’s play. I’ve been playing since the game came out, and one time, I met a guy who owned six of ‘em. Still the hands down most amazing thing I’ve ever seen!

What about Trick Shots?

Trick shots are, of course, in a different category than any wheels or items. Anyone can do trick shots, no matter what your vehicle of choice looks like. They are the Rocket League equivalent of dunking on someone in basketball. Why? Trick shots are some of the coolest things in Rocket League because they are hard to pull off, take skill and practice (or at least a lot of luck), and are real showstoppers!

From the lowest-ranked to the best players in the world, if someone successfully does a trick shot, it takes your breath away—even if for a mere second. Some of the most famous trick shots come in the form of aerials, but they can take on several forms. Most involve quick motions up close and personal in the face of the enemy player and have to have some kind of twist. You can’t go up for an easy aerial and score in an open goal and call it a trick shot. You can, however, go up for an aerial, air dribble it past two defenders, and call it a trick shot!

Can you call it a party if you don’t have Black Market Decals?

Do I get bonus points for coming up with terrible, convoluted titles? No, I do not. That part’s free. But seriously though, one of the all-time classic status symbols in Rocket League is that of the Black Market Decal, aka the shimmering, universal decals. For those of you who don’t know, like everything else in the game, they vary in value. Not every BMD is born the same. Generally speaking, new BMDs get wildly popular and die off after enough crates are opened, but you see less of that than you used to. Probably the most iconic one is the Heatwave. I will say that people tend to love the Heatwave, but I’ve also met a number of people who swear by their individual BMDs of choice.

Black Market Goal Explosions! I remember when they were this sort of stupid, overly priced thing that only a few people really wanted. Think about all the other things on the list so far. What do they all have in common? They’re easy to see! People love to flash their style, and Goal Explosions, well…they’re pretty rare. You see your car the whole game. You see everyone else’s car the whole game. You only see BMGEs when someone scores. Then, they took off in popularity as more and more people started having them as a necessary part of their gear, kind of like having a cool wheel!

Pro tip: these suckers vary wildly in price, especially when a new one comes out. You don’t need to pay an arm and a leg for one of these. Sooner or later, with an emphasis on sooner, the market gets so saturated with them that you’ll be able to score one at a reasonable price. Case in point: I know a guy who traded White Zombas for Electroshock when it came out.

What about being a good teammate?

I swear, I didn’t intend to get all sappy, but here’s the deal: why do you play Rocket League? Because it’s fun, right? Because you enjoy it! It doesn’t take a genius to realize that toxic players can ruin the experience for everyone. It’s so clichéd that I hate to even say it, but being a good teammate is one of the coolest things you can do. I feel like one of those old Captain America ads where Cap tries to talk to schools. Anyway, in all seriousness, keeping Rocket League toxic-free is a great thing!

Have you made someone look a fool?

Right after talking about being a good sport, I’ll talk about this little number, which is probably the most hilarious, most exciting, most savage moves you can make. Some people call it the whiff. Others, the fake. Some, the yeet. Whatever your term of choice is, this move is where you go up to the ball accelerating like you’re going to hit it, forcing an enemy player to dive in front to block it, but you don’t actually hit the ball. You just watch the other player sail by, haplessly aware of how big a fool they must look like. This move is rather effortless, takes virtually no skill or training, and is still one of the best things to do or even witness Rocket League. It’s one thing to be beaten by a master player doing crazy moves. It’s another thing to get beaten by someone who didn’t even hit the ball to begin with!

Today, I took you through some of Rocket League Coolest Things. Is this a conclusive list? Of course not! It would be a literal impossibility to make a definitive list of all things that are awesome about the game. These are but some of the coolest overall things that you can do, equip, and use.