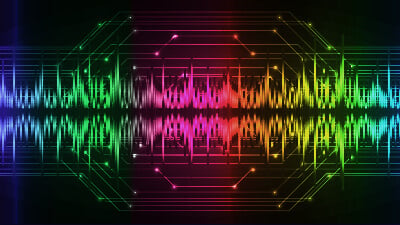 There’s a new cowboy in town in Rocket League, and his name is HDR Audio. What’s that? Well, there are about a gajillion different rumors flying around about what it is, what it means for the future of Rocket League, and what you should expect now that it’s coming out—at least, according to the internet. Don’t worry, though! Most of the negative rumors aren’t true, and I’m here to give you all the juicy tidbits that you need to know about the Rocket League HDR Audio.

What is HDR audio?

Let’s go ahead and ask the most obvious question first: what is it? I’m gonna be totally honest with you here. The reason that there’s so much misinformation about it is this: it’s kinda hard to understand, to the point where the team working on it declared that “HDR audio is one of the hardest things to explain,” adding that “even when we’re constantly working with it, it can still throw your brain for a loop.” Without further wait, I will now attempt to unravel its intricacies.

Here we go! HDR Audio is basically making the important sounds more noticeable than the unimportant sounds. In layman’s terms, HDR audio means that you hear what you want to. In an adrenaline-pounding moment where you’re going in to shoot the ball, you really need to be able to hear where the ball is or if you’re boosting. You probably don’t care about if the crowd is cheering. The best way that I’ve heard it explained is this: It’s the extra sounds and ambiance moving out of the way when you need them to.

Yes, yes it did. HDR in Rocket League was already attempted, way back in 2016 when the Neo Tokyo Arena was released. The Rocket League website claims that there were some “growing pains” about it, which means it didn’t work out too well. It wasn’t an ideal system, especially since new boosts, cars, and explosions came pouring out of every new update.

Why didn’t it work before?

First off, it isn’t an exact science. Players might wonder why in the blazes something suddenly seemed quite wrong in terms of loudness back then, but in reality, the first attempt was a bold one. Trying to simulate every single interaction is basically impossible to do. But, nevertheless, the term HDR Audio had already come outin Rocket League, leaving a rather bad taste in some players’ mouths. Don’t worry! Rocket League is confident that this time around, they’ve figured out the problems that plagued it before.

It’s not like the first go was a complete failure. You didn’t load up Rocket League and your system didn’t explode and World War 3 wasn’t set into motion. It just wasn’t perfect, but a lot of gamers demand perfection. I did too, until I did some research on it and found out how mightily complex it was. Now, I’m more relaxed about the odd sound thing, seeing much of the game has 30 sounds stacked up all at once, from boost to crowds to the ball itself.

Will it work for me with my speakers?

It’s pretty obvious when you think about it, but people play with different speaker setups. Some people use headphones. Some people use TV or monitor speakers. Some people might have surround sounds, soundbars, desktop speakers… the list goes on. Trying to figure out a system that works perfectly on all these platforms is a rather serious challenge that may result in mismatches.

Fun fact—part of the reason it failed before was because the people who created the audio were professionals, and they used professional, top-of-the-line systems. The problem is that most people don’t have professional sound systems in their gaming setup. Somehow, this wasn’t factored in. I personally find it hilarious that a massive company completely failed to think it through in this regard.

Fun fact Part 2—the majority of players use headphones to play the game, so yes, this HDR Audio is designed to work primarily on headphones. Also, if you’re among those who don’t use headphones, don’t sweat it. It’ll work just as great on your system of choice too.

Sorry about the ten-year-long title, but this is a valid question. HDR audio is something that you’ve probably heard of before, so why is a popular game that has been running for five years now just getting it? Well, I wondered that myself, so I looked it up. According to Rocket League itself, this is because Rocket League is, and I’m quoting here, a “different beast.” It was pointed out that a lot of the competition, notably Rainbow Six: Siege, have only a couple different levels of audio, whereas Rocket League is more complex.

What should you do now?

Do you have to buy anything to get it up and running? No. Download anything? No. Do anything whatsoever? No. This update is hitting like any other update. The term “HDR” makes it sort of confusing because you can’t see HDR stuff on many setups, but HDR in audio doesn’t require anything special. Your system will run it fine. The only thing you’re supposed to do is to “give it a chance.” The team behind it urges players to understand it’s going to sound different, but they hope it’s for the better.

When is Rocket League HDR Audio coming out?

In conclusion, HDR Audio is going to sound a bit weird, but it’s probably for the better. It’s coming out at the end of August 2019, you don’t have to change anything, and you should try and give it a chance. That’s it, gang. The end of my spiel! I hope it was helpful, and please don’t give too much credence to those people running around with weird rumors. If you’re anything like me, change for games you like makes you nervous, but this is a step towards the future.