How Are Rocket League Blueprints Faring Up to Criticism? 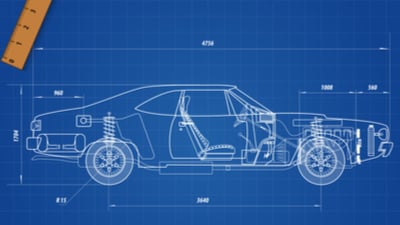 Rocket League was always one of the “crate” games. Loot boxes seemed to be around every corner in the game, disguised under the name “crate” when in reality, they were no different than any other game throwing out loot boxes to gobble up money while giving out a small chance of the player actually getting something good. Most of it was garbage that was worth nothing, but every now and then, every blue moon, you’d get something cool out of the loot boxes. And that chance, that tiny little chance, was enough to keep many players buying key after key after key after key. At the end of the day, you’d have spent a ton of money and gotten, maybe, one good thing. Two, if you were lucky. Well, back a while back, Rocket League did away with the crate system and replaced it with “blueprints.” But, how did blueprints fare? Did the community accept them or cling to their crate ways? How have blueprints come out after some time has passed? I’ll tell you!

Get all the Rocket League credits, decals, bodies, trails and more from our Rocket League Items marketplace for great, low prices!

Why Did They Get Rid of Loot Boxes?

This is an obvious question that needs to be brought up. Why, exactly, did Rocket League get away with loot boxes? It was making them loads of money and a lot of players were addicted and loved opening them! Well, my reader friends, they were essentially gambling, and Rocket League got in some hot water. There’s a seriously big movement against loot boxes in games right now and, apparently, this is one of the ones who crafted a new system.

What is the Rocket League Blueprints System?

Rocket League Blueprints aim to take away the gambling aspect, but it’s similar. Now, instead of getting crates after games, you get blueprints. Now, you don’t have the item and merely the plans for it. To actually get the item, that’s when you have to fork over credits. I suppose that in terms of finances, you stand a better chance of paying less overall for cool stuff because you know what you’ll get before you have to pay to get it. It does show things like various variations and colors and blah blah blah.

Point is, you basically get to see inside the loot box and determine if you want it. With that has come some price jumps. If you open fifty loot boxes and get one black market item, cool. You’ve spent around $50 and have a bunch of random stuff and a Black Market item. Now, you’ll throw down straight cash for the decal. Back when it came out, we are talking about $20 for a Black Market item. Got the idea? Okay, let’s move onto the introduction of the Blueprint system!

How Were Rocket League Blueprints Received?

Rocket League Blueprints were controversial. Very controversial. A huge part of what Rocket League was had suddenly been changed, and everyone had an opinion and most wanted to share it. Some people loved it! Others, others hated it. The introduction of the system happened somewhat overnight, giving a lot of fans whiplash. Most of it, at least the vocal reaction, was quite negative in a lot of ways.

Most people had problems in one of two ways: first, the items were entirely too expensive. It was easy to justify spending a dollar for a chance at a Black Market item, but forking over the money (that much money) seemed… exuberant. Unfair, almost. And the other part that didn’t like it took offense to the fact that they personally loved loot boxes. I have to admit that loot boxes were a lot of fun to open!

How Has the Rocket League Blueprint System Fared Up?

As one might guess, Rocket League needed to make some adjustments. Fortunately, most of them were for the good of the gamers! One of the biggest things that was changed that silenced a bunch of people was the lowering of the prices. I happen to agree that a lot of the Blueprints just seemed ridiculous at first. Actually getting what you wanted seemed like a chore. But, Rocket League ended up lowering the prices significantly!

Exotics went from about $16 to about $7-8 after the update, so we are talking about a serious price reduction. That soothed a great number of the complains, and although there have been some people who still definitely are strongly against it, there’s no going back now. Overall, it’s been received a lot better with time. Some of the emotions have died off, or perhaps they’ve been converted to believers, but regardless, the protests have grown a lot less obvious.

There ya have it, gang! The definitive explanation for the Blueprints system in Rocket League, why it existed and why it replaced the loot box system, how it was received at first, and how it’s fared after some time. It’s not perfect, but then again, the loot box system was far from perfect too. No matter what, the system will have people who don’t like it. If you’re a person who loves the Blueprint system, great! If you’re not, maybe give it a shot!