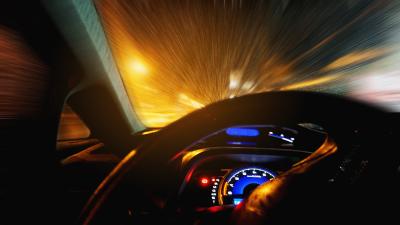 It’s official! The Rocket League Season 12 Update is now up and running on Xbox One, PC, and PS4! If you’ve heard rumblings about what’s going to be included in it and want to get to the bottom of it, or even if you clicked on the wrong link and are now reading this by accident, or for whatever other reason you’re here, don’t fret! I’m here to give you the lowdown everything you need to know about this brand-spankin’ new Rocket League Pass 4 and Season 12 Update! Lengthy name, perhaps, but take my word for it: it’s exciting (or at least it is to me), so read on!

What If I have a Nintendo Switch?

Maybe you’re a Nintendo Switch owner and you’re wondering if you should read any of this, because as of right now, it’s not released on the Switch. Don’t push the panic button yet, Switch players, as this applies to you too. Although PS4, Xbox, and PC already got the update, the update’s going live on Nintendo Switch soon!

Valid question. Here’s the answer: a lot. First off, Season 11 is done. Second of all, Season 12 is going to be up and running. Third of all, new stats, new audio, and what they’re calling “High Five” and “Low Five” stats. Wonder what that means? Well, by the time this is up and running, you may have already played, but here’s the short version: you achieve a High Five by slamming into a teammate (well, just colliding, but I like the dramatic sense of slamming) in midair after you score. For some of you clever readers, you’ve already pieced together what Low Five is. Yup, it’s the same exact thing, except you collide on the ground.

Good? Good. Now, I’ll move on to the nitty-gritty details!

It’s a big deal. Done properly, this can actually really make the game more fun. Now, there’s some speculation about the potential success of it, but if you’re interested, check out the other piece that more thoroughly describes what HDR Audio is. For our purposes, in this little snippet, “HDR Audio will emphasize the game’s more important sounds while temporarily lowering less important audio such as crowd and ambiance to give players a clearer audio experience.” In other words, more like in real life, when the adrenaline’s pumping, you aren’t going to be focusing on the bird in the background.

Do I get a free car?

Not automatically with the update, but if you buy the Rocket Pass when it goes live, you get the Mudcat for free! Well, not really free. More like included in the bundle, but you get to play with it instantly and don’t have to complete any challenges or do anything other than fork over your money, but yes, you instantly get a new car if you get the pass.

What has changed with challenges?

Not terribly exciting, but you may be happy to know that challenges no longer expire after their week concludes. Don’t know what that means or maybe don’t much care either way? Here’s how this makes life better for you: if you can’t play for a few days and you miss a week, you won’t need to sweat it. Whenever you get back on, you can complete all the challenges for the week you missed. I suppose that you could even do the challenges on the last day of Season 4, even though I wouldn’t recommend doing so.

Wait a second, you say suspiciously. Didn’t I just say that Season 11 was over with? Yes, yes I did, but that doesn’t mean that nothing else happens. With this update, all the concluding stuff with Season 11 goes to you. Nothing enormous or unexpected, but whatever your maximum rank was during Season 11, you get a nifty couple rewards. It’s quite simple. Let’s say you landed in Gold 1 or higher. Well, you get the Gold Boost, Silver Boost, and Bronze Boost. Let’s say you’re a veritable god at the game and you make it to the top of the leaderboards. You get all the stuff from all the ranks. Congratulations!

What if I buy the pass late?

For whatever reason, you’re not wanting to buy the pass right now, but you might in the future. Sometimes, games can be such sticklers about it, and you can’t get any of the good stuff you wanted because you missed the first day it came out. Not this one! Buy the pass whenever your heart desires, and start from the beginning. By that, I don’t mean that you can buy the pass a day before the season ends and have all that time over, but as long as you buy it before the season closes, you get until the season closes to finish it.

Not really. Of course, there are always plenty of tweaks and minor changes in the game every update, but by and large, we’ve covered everything you need to know about this new update and the new pass. You’re not going to fire up Rocket League and it’s suddenly a FPS. These are all the things you need to know.

In conclusion, Rocket League Pass Four and Season 12 Update is underway. It’s coming with a bunch of updates, but the biggies that you should try to remember are HDR Audio, minor changes to the way the pass works, and a whole new season of fun.