How to Get a Fortnite Season 5 Victory Royale with Ease 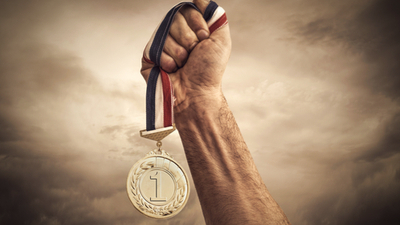 Fortnite Season 5 has delivered one of the game’s best updates, adding new mechanics such as Zero Point crystals, new NPCs, and bounties. We’ve also had a few significant changes to the loot pool this season, making the meta that much different from Season 4. Even the victory umbrella is much better than last season’s – you do not want to miss out on this one! Today, we’ll be taking you through the best strategies you can use to get the best loot, last longer in the match, and even get a Fortnite Season 5 victory royale.

New locations such as Salty Towers offer the best action, but since so many people are still landing there, it just comes down to luck. If you get lucky and find good loot early on, you can survive.

Otherwise, the best places to go are the older ones, especially those towards the end of the bus route. Also note the locations of the outposts that are being crowded due to Snowmando Challenges. Avoiding them and finding other NPCs – like Bunker Jonesy – give you a better chance to survive longer in Season 5.

Mobility Choices to Help You Win

Avoid the cars as much as you can, since they’re too noisy. Sand tunneling is a great option if you’re in the sandy part of the map. It’s just as fast and doesn’t make any noise. It’s also easier to blend in, if you don’t move too fast.

The Season 5 mobility meta is completely different. Fishing for Rift Fish or Zero Point fish and pairing them with a Bounce Pad can help you cross large distances quickly and without making noise. There are two ways to use a bounce pad. First, gain some height – but not so much that you’ll be noticed – and put yourself in a box. Put one bounce pad on the floor, and stand (with your team) towards the corner opposite to the direction you want to be moving in. Facing that corner, drop a Shockwave Grenade at your feet and jump immediately.

Rift Fish are also an option and they get you farther, but they alert everyone in your area and some of them might be skilled enough to shoot you in the air.

The new Lever Action Rifle is terrible. It’s something between a Hunting Rifle and an Infantry Rifle, but it’s just too clumsy to use. The AK, which was unvaulted this season after a long time, suddenly has a lot of bloom. Even if you’re standing below a Supply Drop and shooting at it while looking straight up, you’ll miss a lot of your shots unless the Drop is near the ground. It is stronger than before and deals more damage per shot, but the regular AR is much better, especially now that you can upgrade it so easily with Gold.

We also have the Heavy AR which is really good despite its slow fire rate. Watch out for these IO officers that randomly appear – they carry these rifles. A metal box will jump up from the ground randomly and three of those will spawn, and these are some of the hardest NPCs to eliminate because their aim is so good. Do not underestimate them, given the awkward henchmen we’ve had till now. But since they carry these rifles (Rare), it’s worth fighting them.

Are NPCs and Bounties Worth it?

Sometimes, yes. This season we have NPCs all over the island for the first time ever. They offer you Bounties that let you track players, and you can get Exotic weapons from them for Gold. Bounties are very useful for finding nearby enemies, and the rewards are great. You can also upgrade your weapons with the NPCs, although I wouldn’t specifically recommend any of the Exotics. They’re good, but nothing worth grinding for, especially the new Snowball Launcher.

Out of shotguns, the Tactical Shotgun takes the clear lead. The Charge Shotgun is noisy, had a low fire rate, and frankly nothing can really fill the gap the Pump Shotgun has left in the meta. The Dragon’s Breath shotgun is good in Team Rumble when you can set things on fire and players aren’t usually wearing shields, but otherwise it’s not really worth a slot, even with its gimmicky ability to ignite campfires with shots.

From the list of items, Bandage Bazookas are now gone. The usual Med-kit and Shields continue to be a staple for any Solo player. In Team Rumble, the RPG is hands down the best weapon. You can find it from Supply Drops easily, and it continues to have the +1 ammo on respawn, so suicide bombing with it is the best way to get kills.

I also recommend sparing a slot for Fishing Rods (preferably Pro-Fishing rods). There’s this new meta of people going to the coastal areas around the island and fishing for loot. Since you can also find Rift/Zero Point fish this way, you don’t have to worry about wasting time that you could be using towards rotation.

Fortnite Season 5 is great so far, and getting a Victory Royale has quite a few new elements. People are teleporting around using Zero Point crystals, some of them can find out your location via Bounties, and others can see you from far away using the Exotic Sniper Rifle. We hope this guide helped you understand the newer strategies better.

Keep an eye out for other players sand-tunneling near the Zero Point orb, they can be a bit difficult to spot if you’re on the move too. Good luck, and see you on the Battle Bus!