Grand Theft Auto: The Trilogy was a Failed Cash-grab from Rockstar 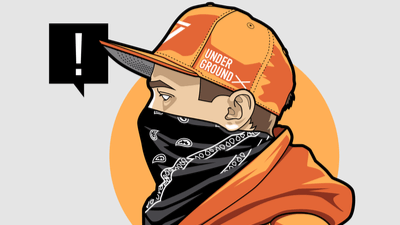 Another day, another controversy. This time around, the star of the show is Rockstar Games, a video game publisher famous for storied titles such as the Grand Theft Auto and Red Dead Redemption series. Over the years, they’ve built up a positive repertoire for the public with their AAA games–that and for milking Grand Theft Auto V for the nth time. However, that all came crashing down with the recent events surrounding the GTA Trilogy. Most of us assumed that the inevitable remasters of GTA 3, GTA: Vice City, and GTA: San Andreas would be welcomed (and guaranteed) hits. Unfortunately, it was met with scorn and ridicule from franchise fans who were stunned by the many issues.

The hype for the GTA Trilogy remaster went down like a deflated balloon once the reviews came in. What Grand Theft Auto fans had hoped would be a modernized nostalgia trip through the three classic GTA games instead became an abhorrent excuse of a remaster. Plagued with performance and visual issues, it’s mind-boggling to see how Rockstar Games could have failed considering that they’re one of the largest entertainment companies on the planet. Fans will argue that Rockstar outsourced the remaster, so the final responsibility doesn’t fall on them, but that excuse rings deaf when it’s still their logo that flashes during the launch sequence, it’s still their QA team that signed off on the release, and it’s ultimately Rockstar that pockets the revenue from sales.

This isn’t the first-time fans have been let down by a video game remaster. Some bad remasters that come to mind include ones that nobody wanted in the first place include the Silent Hill HD Collection on the PS3. The Silent Hill franchise has a handful of iconic elements, but the most memorable one by far has to be the fog. The HD Collection massively toned down this important element, resulting in the atmosphere of the game becoming wispy and pathetic. And we can’t forget about Night Trap: 25th Anniversary Edition. Through sheer curiousity, it managed to pull in $39,843 during its Kickstarter campaign. Make no mistake, it’s a terrible game and its atrocious “gameplay” makes it even worse.

The Problems with the GTA Trilogy

If Rockstar Games thought they could get away with releasing a broken product, they were dead wrong. One of the most prominent issues was the art direction. When it comes to the character models in the GTA Trilogy remaster, they’re not just different; they’re bad. Like, “I want to yank my eyeballs out and wash them with gasoline” bad. The cartoon character reskins cut away the Rockstar charm, and all that’s left are empty, ugly, husks.

The framerate issues that the GTA Trilogy has are unforgivable. It’s noticeable to the point where it’s difficult to play these remasters for an extended period because of the constant framerate drops. The worst offender is GTA 3 which had the worst framerates compared to the other two GTA games. And don’t get me started on the Switch port because it gets worse from there. The Switch version of these remasters is on a whole other playing field. While the Nintendo Switch has weaker hardware and processors compared to the PS5 or Xbox Series S/X, it shouldn’t pose a problem for the console to run games that are now close to two decades old. Oh, but it does. From slideshow quality framerates to texture tearing, the GTA Trilogy remaster has to be the worst port for the Switch so far. GTA: San Andreas performed the best and ran a stable 30 FPS for most of the time, but the other games were seemingly left to dust. It makes me think that Rockstar Games spent the most amount of time with San Andreas and didn’t pay much attention to GTA 3 and Vice City.

Let’s not forget about the audio. Most people assumed that the games would have some sort of audio upgrade considering that the trilogy didn’t include all of the original licensed songs. Against all odds, Rockstar Games has fumbled the ball once again. Numerous elements of the GTA Trilogy’s audio designs are more dreadful than the original versions of these games. The gun noises don’t sound right, there are audio files that are straight-up missing, and the sound is so compressed that it negatively impacts the overall audio quality.

The PC Port Got Taken Down

Just after launching the remastered bundle last week, the Rockstar Games Launcher went down and the games were pulled from the sale. And even after the launcher sputtered back to life, the GTA Trilogy remained unavailable. It seemed that the PC port of the remastered GTA games wasn’t compatible with the Rockstar Games Launcher program, thus rendering it unplayable. Dataminers also discovered files in the games that were not intended to be included in the retail release such as in-code developer comments and unlicensed music tracks. Nevertheless, Rockstar Games stated in their official social media accounts that the reason why the Trilogy got taken down on PC was to “remove the unintentionally included files in these versions”. Since then, the GTA Trilogy has now returned, not that anyone’s interested in buying it anymore.

Cracking Down on the Mods

The Grand Theft Auto Trilogy remasters had a rocky start, to say the least. As players try their darndest to grit their teeth to get through the horrendous remasters they purchased, the topic of past mods done for the three games surfaced. Rockstar chose to go with an…unconventional art style rather than the typical brush-up you’re used to seeing in other remasters. Amid the growing criticism of that decision, many players are starting to compare its visuals to mods that they believe did a better job. And you know what? They’re right.

It’s not necessarily a fair comparison since the mods require a PC that can deliver higher performance and visual fidelity. After all, the remaster of the three GTA games has been designed to scale down visuals to what the Nintendo Switch can run. Still, though, it’s a compelling comparison. The mods are better able to add visual features such as improved reflections and lightning. The mods are far better compared to the $60 that you have to fork over for this “remastered” version.

As players continue to criticize the recently released GTA Trilogy remastered collection, Take-Two Interactive, Rockstar Games’ parent company, decided that this is the perfect time to crack down on the mods by using DMCA takedown notices to remove more fan projects. On November 11, the GTA modding site, LibertyCity, was contacted by Take-Two and got DMCA strikes to remove three GTA-related mods. One of those mods was the GTA Advance PC Port Beta 2, a fan-developed project that attempts to port the game into the GTA 3 engine. GTA Advance was exclusively released for the GameBoy Advance back in 2004, so to have it in a much superior game engine would be a huge step in terms of giving access to people who are interested in playing GTA Advance now.

These are just some of the GTA mods that Take-Two has gone after and removed using legal DMCA notices. This isn’t anything new, considering that Take-Two has been on a takedown spree since last year. They even sued some modders over source code projects, which led to some older mods like GTA Underground shutting down due to fear of getting into more trouble. It’s a frustrating situation for the community devs and modders who spend decades improving, maintaining, and porting these classic GTA games. With Rockstar Games doing a not-so-great job at their poor excuse of a “definitive” trilogy, it feels as if they’re trying to get rid of the “competition” to make way for their product which consumers will have no choice to buy since it’ll be the only way to play those older GTA titles.

There are still a lot of problems with the GTA remastered trilogy that I haven’t talked about like the broken missions/minigames, “improved” draw distance, lazy renderings, not the mention the rain problem which makes these games near unplayable. I’d be here all day if I had to list down every single thing that’s wrong with Rockstar’s latest release. But the worst part is, they still have the nerve to charge us a premium price for the undeveloped trilogy. GTA: The Trilogy – The Definitive Edition feels far from being the ultimate version of these game, at least as of now. This indeed makes it easier to play them on modern consoles, but there are just far too many bugs, issues, and missing content that you can’t turn a blind eye to.