How To Make Supercompost OSRS 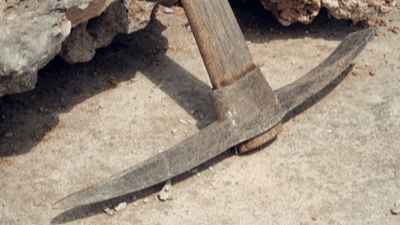 Compost is a pretty useful item in OSRS if you’re looking to farm. While some consider it to be a necessity, it is super useful especially if you’re on a Herb run or are doing the Tithe Farm minigame. So if you’re looking to amp up your Farming Skills, make sure you have a bunch of Compost under your belt.

With that being said, there are a ton of things you need to know about Compost and Supercompost before we get to the process of making it. So let’s dive into the article and see all there is about this super useful item.

You must be wondering; What is Compost? To answer your question, it reduces the chance of farming patches becoming diseased by 50% per growth stage. There are three types of Compost: Regular, Super and Ultra but in our guide, we’ll be talking about Supercompost only.

The odds of a patch becoming diseased with Regular Compost is ¼, ⅛ with Supercompost, and 1/10 with Ultracompost. While it is better if you use Ultracompost probability-wise,  Supercompost can be deemed as the better choice since it will provide you with better value for money.

Compost is important since you can’t pay a Farmer to watch over your herb patches. While you could just buy it from the GE if you’re high level, if you’re an Ironmen, you’ll have to go through the hassle of making Supercompost manually.

How To Make Supercompost

Making Supercompost isn’t that challenging, so no need to be worried about it. Plus if you’re able to make Supercompost, you’ll also be able to get your hands on Ultracompost when needed.

To make Supercompost, all you need to do is put 15 items in the Compost Bin out of any from the list below, close the lid, and then wait for 90 minutes before collecting it. Here is the list of items you could use:

Once you’ve collected any of the 15 items listed above, you’ll need to go to a Supercompost bin. You can find a Supercompost bin at five locations in the game and each one is located next to an Allotment Patch. Make your way to each of these five with 15 items of your choice and then put them in the bin.

After your Compost is ready, take 15 buckets to store all of it with you. You can then fill up the bin with 15 items again to start the process again.

All in all, Supercompost is a must item to have at your side especially if you’re looking to farm since it’ll decrease the likelihood of a Farming Patch being spoiled. While you could use Regular Compost, a Supercompost isn’t that expensive compared to a Regular one and can provide double the effect with it.