Why Are Games Boring Now? 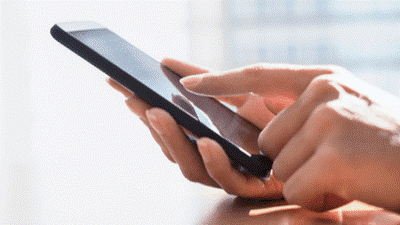 Picture this: you’ve finished the game’s story mode and done all the sidequests. All characters are geared up. The ‘endgame’ activity won’t reset for a few more days. You’ve also finished the current events. Now, you just log in and do the daily activities, then log out. Day after day, that’s all you do until the next event comes around or the story gets an update.

For other games, they add a new character or a new mechanic. Fortnite is an excellent example. Every so often, the game provides new skins. There’s an ongoing story about what’s happening to the island. In between updates, though, people just do their rounds or chill with friends. However, there’s Creative Mode to tide people through these lulls.

Why is Every Game Boring Now?

Daily tasks are suitable for encouraging daily log-ins, but it doesn’t engage players enough to continue playing. They log in, get their rewards, then log out. This routine slowly grinds at the player’s sanity. It eventually becomes a chore for them, sucking out all the enjoyment they once had when playing the game. Then they’ll say the game got boring, and then they quit.

Of course, engagement can rise with events and updates. There’s a catch: it cannot be the same event so many times in a row. That will also become routine in the end, so it has to be varied activities. There can be repeats, but those must be done when the players have forgotten about the last time it came out. Otherwise, they’ll complain about how it’s a rerun of a recent event.

As for updates, developers can’t just dump the whole storyline on players, can they? Speedrunners could complete everything in a day or a little over one. What will they do next? They could do the side tasks and all, but considering the speed they did the main story, that’s not going to take long.

The ‘endgame’ activities, too, are almost the same. Many players are optimizers and love big numbers from their characters. They would blaze through the content and then wait for the activity’s reset or refresh.

This is the Weakness of Live Service Games

That’s perhaps the reason why they have waves of content. Like waves, they rush to the beach and then recede to regularly run back. In the lulls, players feel like nothing’s going on, and they start to think the game is boring. The devs can try scheduling the updates to minimize the lulls, but that could take a toll on the creative teams.

They can separate and stagger out their tasks, leaving almost no time for making mistakes. Since they’re only human, mistakes will be made, especially with reduced manpower. Testing and review are necessary parts of developing a product. If they don’t have room for fixing things, they will release a buggy update, and players will complain.

From that perspective, complaining about the lack of content seems better. After all, it would reflect poorly on the developers if they released a bug-ridden update. Considering that, they do need some time to review and squash any apparent bugs.

The Benefits of the Lulls

From there, you can see a bit of the necessity of these lulls. They give developers time to iron out kinks and fix glaring problems. They can release a smoother update instead of scrambling to patch it afterward. At the very least, the significant issues have been resolved, and what’s left are minor mistakes with an easy fix.

From a psychological standpoint, it could be used to generate hype. If you keep up the intensity of a stimulus, it plateaus, and the brain will get used to it eventually. The plateau becomes the new baseline, and the trigger isn’t anything new anymore.

The lulls break the plateau, so players don’t get used to the constant stimulation from the game. The incoming update and events become more attractive. The reaction won’t be ‘not another event’ but instead ‘wow, a new event!’

To illustrate that point, consider a game having an event every week. Even worse, the events are the same every month. Players would see that as a routine and expected after the first two months. There wouldn’t be anything to be excited about later.

Players look forward to the next event or update if there are lulls.

For others, it’s an opportunity to focus on other games or real-life responsibilities. It gives them a rest from playing the game. This is also something appreciated by busy people who can’t spend hours in front of their screen farming or grinding levels. When they find the time to do so, they can sit and play for a long session.

Lulls in Games Shouldn’t be Too Boring

If you’d paced the content, you’ll find that the lulls can be a blessing. They make you appreciate the incoming content and give you time for other things. Not everything has to be high octane and stimulate your mind all the time. You’ll get tired of that faster, or it becomes an addiction. With the latter, you’ll need higher and higher stimulation hits so you can feel the hype.

That’s not a healthy way to live, and you’ll need to rest sometimes. That’s why those periods where nothing seems to happen are essential. Enjoy them as you come; those periods aren’t too long anyway. The next update is always around the corner.