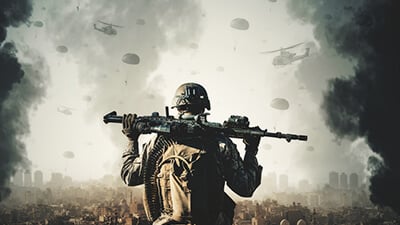 One of the biggest draws of Escape from Tarkov is the fact that every raid carries a pretty significant amount of risk. The moment you load up into a map, you can lose everything you are carrying in a single shot that hits your character mere minutes from spawning. With your character injured, you are forced to go back to the menu once more and heal before giving it another go. This is simply a part of the high-risk nature of the game, but there is another way you can play so that the whole cycle does not become highly frustrating: Escape from Tarkov’s Scav mode.

If you are new to this portion of the game or not quite sure what it truly is about, we have come up with a handy guide that will hopefully enlighten you enough to try it out.

What is an Escape from Tarkov Scav?

In Escape from Tarkov, Scav is shorthand for scavengers. According to the lore, they are locals of Tarkov who eventually walked the path of bandits. While you as a PMC are simply looking for a way to escape the area, they defend and thrive in it.

Back to the game, Scavs are randomly generated characters whose loadouts vary every game. For the most part, they are relatively poorly equipped compared to the private military contractors (PMCs) from the USEC and BEAR factions.

Any player who has started a game or two would most likely have had an encounter with AI-controlled Scavs. Whether or not you won that encounter is entirely up to your level of game knowledge, but Scavs can still be deadly despite their poor equipment and noisy movement.

What is Scav mode in Escape from Tarkov?

Now, in EFT, there is a Scav mode. In this version of the game, you will be playing as part of the AI’s team – at least initially. You will not use your PMC character; instead, you will get a randomly generated loadout and you will be dropped at a random spot with the other Scavs.

As you are not a PMC character here, you do not have access to your stash. Your equipment will be limited to what the game gives you at random, which means you won’t have body armor by default and rather limited ammo.

You also won’t be allowed to complete any in-game tasks and there will be no experience gain for your main PMC character in Scav mode.

What are the Challenges when Playing as a Scav?

As mentioned earlier, playing as a Scav means you would spawn at a random point where the AI are in a raid. The catch there is, other players can enter the game as Scavs too. That means you have to be on the lookout for any Scav that may suddenly turn on you and shoot you down. You read that right: Scavs can kill other Scavs.

Killing a fellow Scav is not the smartest move early on in the game, as the AI would consider you hostile and shoot you on sight as well. But, later on when the player Scavs have gotten good gear, the allegiances barely mean anything. Stay on guard and watch out for unusual movement. Over time, it gets pretty easy to decipher when a Scav is controlled by a player or by the AI.

Additionally, you cannot always play as a Scav. Once you enter a raid and die, you’re forced to take a 20-minute break from playing that same mode before you can queue again. It’s a bit of a hassle when you feel like grinding, but the upside is that you won’t have to heal your character. Death while playing as a Scav means the run is over and you get to try again once the timer runs out – but of course with yet another randomized loadout.

It is important to note that upgrading your hideout’s intelligence center can shorten the time in between your Scav runs. A level 1 upgrade would provide 15% reduction in the Scav cooldown timer. The level 3 upgrade provides an additional 20% cooldown reduction too. In total, you can reduce the timer by 35% with a fully upgraded intelligence center.

Why Bother with EFT Scav Runs?

If playing Escape from Tarkov’s Scav mode neither completes in-game tasks nor makes progress for your PMC character, why bother with it at all? The answer lies in two words: easy loot.

Understandably, Scav mode puts you in a slightly challenging position, but Scavs tend to have an easier time finding exfil spots too. Additionally, there is really no investment or risk involved so you are free to collect anything and everything you can carry until you can finish the raid. It is perfectly fine to be a bit greedier in this mode and do your best to find a high-grade weapon or attachment for your PMC raids later on. The only thing you really are investing in is your time and whatever it is you gain from a successful extraction is simply a bonus.

Loot aside, playing as a Scav is also fun in its own right. You get to play Escape from Tarkov in a different manner, without having to care about losing your progress or your equipment. You can focus solely on either nailing your shots or securing your loot with reckless abandon. For once, you can let go of the anxiety and stress that you normally feel playing a regular raid.

Scav mode is essentially a rule-free game mode too, meaning you are free to do whatever you want. Whether you want to play as a Scav hunting PMCs or a Scav hunting fellow Scavs, you can do it – and you won’t have to put your gear on the line to do so.

There’s a lot to enjoy with Escape from Tarkov’s Scav mode. While it should not replace your regular raids, Scav mode offers a breather from the typical normal raid and lets you have a bit more fun and freedom with how to play the game, on top of securing some pretty good loot, too.