Naraka: Bladepoint Beginner’s Guide – The Way of the Blade 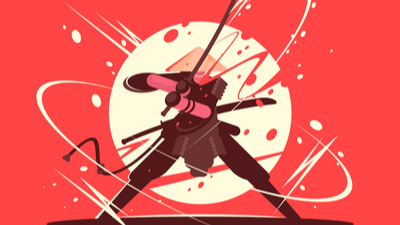 Patience, young grasshopper. Naraka: Bladepoint is a refreshing take on one of the most oversaturated genres in gaming right now: the Battle Royale. Rather than focusing on the gunfights that litter YouTube highlight reels, it instead focuses on melee combat. By taking inspiration from ninja games such as Sekiro for its mechanics, like being able to use a grappling hook to reach higher ground, Naraka: Bladepoint’s unique combat system reinvents the wheel in terms of what’s expected of a Battle Royale. However, the game fails to teach its players how to play. It throws a large amount of information at players without going into detail about how to put everything to use. With that in mind, this beginner’s guide aims both to address key information that gamers can easily miss, as well as, ultimately, teach you the way of the blade.

Skipping the tutorial is a bad idea in Naraka: Bladepoint. Now don’t give me that look, I know tutorials can be tedious but if a player wants to learn the fundamentals of Naraka: Bladepoint, the tutorial teaches all the essentials: from what types of weapons can be equipped, basic movement, and what different items in the game do. While the tutorial won’t necessarily allow instant gameplay mastery, they’ll be able to learn a huge amount of critical information.

Free Training mode provides players every piece of armor, weapon, or item found in an actual match. There’s also the addition of an A.I. partner who is loaded into a small arena. Players can customize the Sparring Partner’s settings, making them the perfect practice partner with which to whip up combos and parries — undisturbed by the chaos of an actual match. Within the same menu where you can customize the Sparring Partner, other options can be viewed like the Hero’s Intro, in which players can see the skills and abilities of the Hero that they’ve chosen. Equipped weapon attacks and the Narakapedia are accessible here as well.

If players want to try out a different Hero, they can easily do so in Free Training mode. This means that they don’t have to go through the trouble of returning to the main menu every time they want to use another Hero. If players manage to acquire new talents, those can be tested in Free Training mode also, so long as the Hero that they’ve chosen has it equipped.

The Art of the Grappling Hook

Used for reaching great heights in Naraka: Bladepoint, the Grappling Hook is the key to staying agile and keeping on the move. This item allows players to zip and zag around the map. Since Naraka: Bladepoint is a fast-paced Battle Royale, mastering the use of this mobility tool is essential. It’s the perfect tool to use when escaping from or rushing down an opponent. Opponents can also be grappled with the hook; it is essentially the “Get over here!” special move by Scorpion from Mortal Kombat. The user will be launched into the enemy where they have the chance to score a direct hit. If it lands, the hit causes the enemy to be knocked to the ground, making it the perfect time for the user to dish out a flurry of strikes.

Oh, and did we mention that the said item can also be used to find enemies? For those that are itching for a fight, they can use the Grappling Hook’s targeting reticule which turns red when it hovers over an unlucky sap about to be taken down. The hook also creates a red target above the enemy’s head so long as the reticule is near their position, making it a great way for players to track enemies.

Naraka: Bladepoint might be tough to get into, especially for the players that are used to the other Battle Royales. But once they get over the learning curve, the melee-focused BR is fun and invigorating to play. What it may lack in terms of easy familiarity, it more than makes up for in terms of fresh gameplay. The combination of having to learn the new indicators, items, and locations can certainly be overwhelming, so hopefully, this beginner’s guide decreases the number of deaths (yikes!) that players will be experiencing when going into a match.