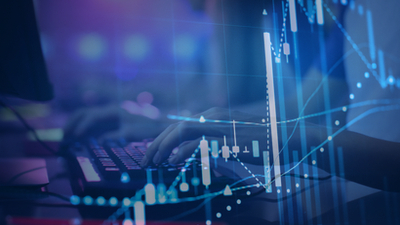 One of the biggest parts of the Fortnite world is its community of content creators and streamers. YouTubers, Twitch streamers, Instagram artists, Reddit guide-writers – have always received support from the developer, Epic Games. It would be hard to find a regular Fortnite player who doesn’t have a favorite streamer.

Epic Games has also provided monetary support to streamers via the Support A Creator feature that allows players to ensure that a part of their in-game purchases is donated to content creators of their choice. Aside from being good players, entertainers, and even providing tips for improving gameplay, streamers have their own unique personalities that act as a lens for exploring the game. For example, a Bugha fan would learn more about the tactical side of Fortnite while a Muselk or Loserfruit fan would be more into the fun and meme-y side of the game.

In this article, we’ll take you through the list of streamers who have the best stats and achievements in Fortnite: Battle Royale using PlayerAuctions’ Fortnite stats tracker.

This article had to start with Kyle “Bugha” Giersdorf, who took home $3,000,000 in last year’s Fortnite World Cup with his insane mechanics. The 16-year-old streamer has since then boomed on Twitch and streams regularly even in Season 4. With over 60M views on Twitch and over 27,000 kills in the game, this streamer is bound to be around for a long time. His K/D ratio lingers around an impressive 8.0, and he is particularly known for his quick edits and situational awareness.

Bugha is also responsible for normalizing gaming as a career in public media. For reference, when Bugha won that massive amount in the Fortnite World Cup in 2019, tennis player Novak Djokovic won a smaller amount in the Wimbledon 2019 in the same season. E-sports truly has come a long way, hasn’t it? This truly goes on to show that video games are here to stay, and that they can be much more than just a simple source of entertainment or escapism.

Wins are what every player strives for. Getting that Victory Royale and coming on top of 99 other players is a big feat, and high-win stats are highly coveted. Ship on YT, TTV R1xbox, and efgXBL are the top three streamers on the global leaderboards.

Their stats are as follows:

These stats are incredible and the effort that these streamers have put into the game clearly shows!

Fortnite Streamers with the Most Kills

Eliminations have a high weightage along with placement in Fortnite tournaments. A high kill count when compared with the KD ratio and win % shows what kind of playstyle the player has.

Note that Fortnite: Battle Royale does not count kills for Team Rumble, Creative matches, Zone Wars, or Limited Time Modes. Youtube milksfn comes on top of this list with 40,000 wins, a number beyond the usual range of kill counts.

With Fortnite hosting a bunch of e-sports tournaments and regular events, millions have been given out as rewards for winning these tournaments. Some of the kings of the e-sports format are Tfue, Nickmercs, Tyler1, Cloakzy, and TSM Myth. Tfue and Cloakzy have always been known to be a great team. Along with being great friends, their on-field coordination is insane. The TSM clan has been rather inactive lately, but Myth has managed to do well in tournaments. Nick Eh 30 is another popular Fortnite streamer who has been regularly playing competitive Fortnite. You can find lots of new names in competitive Fortnite when they stream the game live every month during the tournaments. Watching FNCS can also allow you to win prizes such as wraps and skins!

The recent FNCS at the end of Season 3 had a Solo Invitational tournament. The two winners for this tournament from NAE/NAW were Furious (217 points, NAE) and Arkhram (292 points, NAW).

How can I track my Fortnite stats?

Most Fortnite players are looking to improve their gameplay and aside from practicing in Creative, Zone Wars, and real lobbies, tracking your stats I the best way to gauge your progress in the long run. PlayerAuctions offers you a free to use Fortnite stats tracker that you can use to track your own on your friends’ Fortnite stats.

The tool allows you to track important stats such as: Top 3/5/10 placements, Top 6/12/15 placements, time played, wins, win %, total kills, and KD ratio. You can even compare yourself against some of the top Fortnite streamers to see how you stack up against the best.

Understanding your stats can help you assess your gameplay and identify your weak points. Do you win more in Squads than Solos? Is your win % high with a low KD? The stat tracker will provide you with up-to-date stats from your Fortnite career.

We hope this article helped you get an overview of the best Fortnite players! Fortnite is a constantly evolving game with one of the most active e-sports scenes in PvP games. With millions in rewards and millions of players vying for various rewards the game has to offer, competitive Fortnite is here to stay. Watching streamers play will help you understand the ins and outs of the game. Fortnite is always seen in the top row of most-viewed live categories on Twitch, and while lots of older players have branched out to playing other games, there are plenty of new names in the Twitch scene.

Watching streamers will also help you understand what kind of playstyle works in a particular situation, and one of the best things about live streams is the interaction. You can even ask these players any questions you have about their gameplay, as that is sure to help you get better at the game. Be sure to track your stats via the Fortnite stat tracker which will help you get a better understanding of where you stand compared to other players. See you on the island!