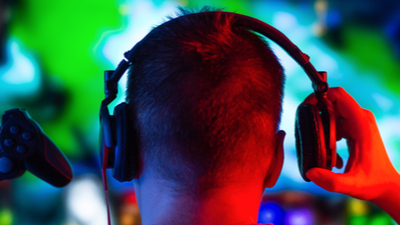 Ever since the PS3-Xbox 360-Wii era, consoles have always received constant updates. Most are for the better, some are kind of a mixed bag, and then some for the worse. The latest example of the last one is the PS4 system software update 8.0. It’s got players concerned about their privacy and security.

What did the PS4 System Update 8.0 do right?

The latest update may be among the less favorably received ones, but it’s not all negative. It brought new avatars from beloved PlayStation exclusives, from classics such as Ratchet and Clank and to more recent ones such as Bloodborne, Journey, Ghost of Tsushima, God of War, the Last of Us duology, and many others.

It’s also brought about a more convenient party chat. Instead of you or one of your friends needing to make a separate text chat for the group, the same group will automatically have a message group. The chat group also stays up after the party voice group has been disbanded, so you can message them if you have to.

Why didn’t Sony’s clarifications regarding the PS4 System Update 8.0 make anything better?

There are many other pros to this update, but one particular con is so glaring that they have been overshadowed. This is the new feature where voice chat can be recorded and be reviewed by PlayStation Safety for recording. Simply by joining a party voice chat, a player automatically consents. Understandably, lots of people were got alarmed and started flipping proverbial tables at this; they voiced out their concern that this is detrimental to players’ privacy, security, and that they are doing this without their explicit consent.

Further clarification by Sony contradicts, or rather, attempts to placate these claims, as they’ve said that voice chats aren’t recorded by Sony itself. Rather, it can only be recorded and submitted for review by PS5 users. The console won’t be out in a few months. Also, some game journalists have brought up the fact that PS4 players’ voice chat being recorded is no new thing. Apparently, it has always been on the fine print when you sign up for a PSN account.

That, however, doesn’t make it any less okay. In the past, lots of lawyers have brought up the fact that obscuring clauses that affect a person’s privacy through obfuscating and tediously long agreements is not unethical, and in some cases not legal. Just because it’s been there since 2016, or even 2013, when the PS4 was first launched, doesn’t mean it’s okay.

How does the PS5 figure into this?

Another thing that is worth noting regarding this whole PS4 System Update 8.0 fiasco is the fact that there is a sense of seamlessness between PS4 and PS5. While transition periods between console generations are nothing new, Sony notifying PS4 players regarding their voice chats being recordable instead of simply waiting for the PS5’s release is sending the message that there will be a time when the two consoles will have an overlap for a given period of time, and the two consoles’ players will be playing with one another online.

However, it may seem like PS5 players get to report other players’ voice chat while PS4 players don’t. While it’s only natural for more advanced consoles to have more and better features than their predecessors, they should only be limited to features not feasible on the older hardware due to tech limitations. Voice recording and submission is definitely not beyond the PS4’s ability, so it’s strange how it’s limited to only the PS5. Besides, the real issue isn’t whether it’s unfair that PS5 has that feature while the PS4 doesn’t, but whether it should be in any of Sony’s consoles in the first place.

Last but definitely not least would be the fact that whether Sony will be fair, objective, and considerate with their doling out of disciplinary action. There have been instances of players’ accounts getting inappropriately and disproportionately banned, and therefore losing all their digital games. With the PS5 allowing more forms of snitching, it’s not unlikely for more of these cases to happen.

It’s understandable that every game platform would want to give players a safe, stress-free, and nontoxic online gaming experience. However, providing other players a means a way to encroach on others’ privacy is not the way to go.