A Look into the Update: Warframe Plains of Eidolon 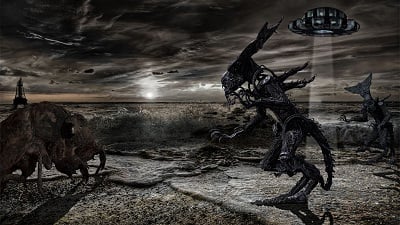 As far as third-person shooters go, Warframe has a pretty large and loyal following. As we know, the Warframe Plains of Eidolon update is coming later this year, an open world update that has fans waiting with bated breath for its arrival. Of course, when you say “open world,” you’re talking about a more immersive playing experience where you can interact with real people or other players like yourself, but you may be wondering what exactly to expect when the update rolls out later in 2017.

Warframe’s Plains of Eidolon promises to be a “wide-open environment bustling full of life,” as previously posted by Digital Extremes live ops and community producer Rebecca Ford. In July, her PlayStation blog post noted that the expansion would take place in a makeshift town called “Cetus,” a town built by a group of harvesting and scavenging survivors called “The Ostrons.” Ford added that the town of Cetus would resemble a tribal open market, where players can head to the Bazaar and deal with “an assortment of questionable vendors, food merchants, (and) opportunists” who are all trying to make a living for themselves. Serving as the backdrop to all this is “The Bleeding Tower,” which is an existing tower harvested by Ostrons.

Warframe players can also expect Plains of Eidolon to be an experience where they can explore without the encumbrance of a timer, fulfill multiple quests within a mission, and team up in groups of four for cooperative play, completing missions similar to the traditional Warfare mission mold. The question is, would it be hard to get into Cetus at any given time of the day? We don’t know that for sure, but Ford wrote that the town could hold up to 50 players in one sitting.

Although the main selling point for Warframe players is Plains of Eidolon’s multiplayer, open-world setup, the expansion will still be “heavily focused on lore and story,” according to MMO Examiner. One key story point people want to know about revolves around the artifacts and resources being excavated by the “belligerent” Grineer outside of town. There’s also the living tower, as well as the Spectral Sentient, a giant that roams around the Plains of Eidolon at night. These are all things people want to know about ahead of the expansion’s release. You’ve also got the actual features of Plains of Eidolon regardin gameplay and game mechanics.

For starters, the Spectral Sentient promises a big-time challenge for players. MMO Examiner describes this creature as the equivalent of a Raid Boss, which means it could take multiple players, and a whole lot of teamwork to take down one of these beasts. There might be other bosses to encounter in the expansion, though we still aren’t sure what else to expect aside from the confirmed presence of the Spectral Sentient.

Of course, you can look forward to a chance to explore the open world in Warframe, once Plains of Eidolon finally drops. You can gather food by fishing in the rivers, collect other types of resources without being bound by any quests or objectives, and explore hidden parts of the 3×3 km map.

One of the more eagerly-awaited new features is the addition of modular weapons. In simpler terms, that means you will be able to craft weapons, instead of acquiring them in one piece and take advantage of a wide range of customization options. For example, you can customize the weapon’s grip, its balance, and other stats, and set it up in such a way that you could pick your stances, critical hit chances, and just about every element of your weapon.

Obviously, Warframe’s Plains of Eidolon expansion is a very large and full-featured one, and it promises to change the way we think about the game in general. We should also set reasonable expectations and anticipate that there may be bugs, glitches, and server issues, as is almost always the case when an update so ambitious is released. There are many things to look forward to in Plains of Eidolon, and while there’s no official release date yet, the developers are hoping to get it out to gamers before the year ends.