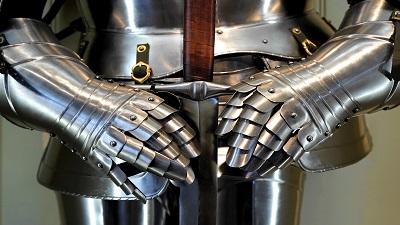 RuneScape has been around for more than 15 years, but you better believe that the iconic fantasy MMORPG is still getting updated these days. The last RuneScape updates rolled out in mid and late August. We’re going to be talking about what gamers can expect from the new patches, including the RuneScape Runescore.

You can look forward to new features for the mini games, which allow you to collect more skilling outfits that were previously exclusive to Treasure Hunter. These skilling outfits include Crafting, Smithing, Herbiore, Farming, Fletching, and Agility, and most of them can be purchased from the corresponding Reward Shop, as noted on the official RuneScape website. Bear in mind, though, that the headpiece-enhancement items related to the above outfits cannot be obtained through the new methods.

The individual mini games where you can earn the outfits in the mid-August RuneScape update include the following:

As RuneScape, like most other MMORPGs, focus heavily on the social aspect of gaming, you might also be interested to know that the game now has new chatbox options. The chatbox has been updated to include two modes, which you can toggle by clicking the cog icon located in the chat interface, and selecting “Switch Mode.”

The second one rolled out a week after the skilling outfits in mini games update mentioned above. It provided gamers with something they have been looking forward to for a while: changes to Anima gain rates in Shattered Worlds. Anima rates are now much higher, with Worlds 71 and above now rewarding players 29 to 37 million worth of Anima per hour, depending on your combat ratings and other variables. Completing challenges now rewards you with more Anima (7.5 million for Gold, 1 million for Silver, and 250,000 for Bronze). The game is now selling the huge Slayer lamps from the Shattered Worlds Reward Shop for 6 million, taking the changes in Anima rates into consideration.

The developers refer to it as the “Achievements update,” but one other important change can be seen on the user interface, which boasts of a “slick new layout and a streamlined user flow.” That should make it more convenient for gamers to go through Gielinor, thanks to the new paths available on the updated UI. The main change comes in the form of RuneScore, which sums up all your achievements, and can be shared with your friends and other players as you compare scores with each other.

Also available in the new update are achievements for the mini games launched in the mid-August RuneScape update, and what the game’s makers call “playful/miscellaneous” ones. Seasonal high scores (stylized as “hiscores” on the RuneScape site) have been reset as of August 29. As the website explains, high scores will run for seven days, and recur over eight weeks, with each top-scorer receiving the Supreme title and the high score unique title in gold (the top 100 receiving the high score unique title in silver). A full list of mechanics for the new high score system can be found on this page, which also details the other new achievement-related features.

Are you enjoying the new RuneScape updates? Do you have any suggestions on how to make the game better for subsequent updates? We hope to hear from you in the comments if you’ve got any remarks on what you liked or didn’t like in the August updates that rolled out over the past few weeks.

You can approach us here to write Guest Posts.