A Free Tamriel: Should You Play ESO F2P? 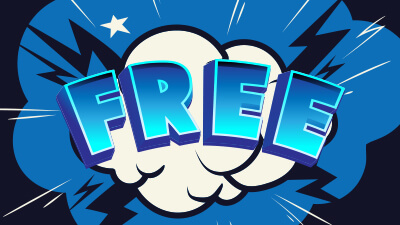 There will always be false dichotomies when it comes to choices. Coffee or tea, PC or Mac, and in MMOs, there’s WoW or Final Fantasy XIV.  The keyword, however, is false, so there are always more options. And in MMORPGs, that could mean a lot of titles out there. But if you want a big and polished MMO with a familiar lore, brand recognition, and solid player support, your best bet is Elder Scrolls Online. The best part? There’s no subscriptions because it’s the era of ESO F2P!

Benefits and clarification: Did you say ESO F2P is free?

What makes ESO stand out?

At face value, the standard version is definitely the cheapest. So, if you don’t have too much money for now but want to give the game a try, you should get this one. It’s also what you should go for if you’re unsure whether you’ll like the game or will be in it for the long haul. The Elsewyr version gets you more bang for your buck but not by much, so don’t feel compelled to buy this version just because of that reason. For if it turns out that the game isn’t exactly your cup of tea, you’ll have ended up wasting instead of saving money.

On the other hand, if you’re certain that you’ll be grinding in Tamriel for weeks, months, a year or two, three, and even more, go for the Elsewyr version.

Aside from the fact that it’s now subscription-free, why should you play Elder Scrolls Online and not the other two MMO juggernauts? First, there’s the lore. Even if you haven’t played an Elder Scrolls game before, it’s not unlikely that you’d be hooked with an online world that’s grounded on one of geekdom’s oldest, richest, most expansive, and most enchanting world-building and mythos.  Another is the unique combat system. While Final Fantasy XIV and WoW use tab-targeting, ESO uses real-time combat not very different from that of mainline Elder Scrolls games.

Finally, one of the biggest things that make ESO one-of-a-kind is more freedom in the way you build your own character. The game also has class archetypes that fall under the tank-DPS-healer trinity (Sorcerer and Nightblade, which are primarily DPS; Warden, which are healers; and Dragon Knights, which are tanks). However, you are free to equip any gear and learn any skill, which in turn will allow you to create any build. Do you want a tanky sorcerer? Sure. Do you prefer a Dragon Knight healer? It works. It can’t be denied that some builds work better with a specific class, but freedom is never a bad thing.

If all those things sound like your cup of tea, then you should definitely give the game a shot. But before you do, you might want to subscribe to ESO Plus. Rather than a requirement for players in order to log into the game, it’s now an optional subscription that offers various perks that cannot be earned any other way.

Here are the perks ESO Plus subscribers get to enjoy:

With the inclusion of all DLC content, you can choose to buy just the base game and subscribe to ESO Plus. As for more gold and EXP received, it can be argued that it gives a direct advantage to ESO Plus subscribers. However, it can only expedite the grinding process at best. At the end of the day, it’s all going to boil down to skill, experience, game knowledge, and proper builds. It’s always nice to have an alternative. ESO F2P, however, is more than that. If you gave the game an earnest chance, it’s going to be your mainstay MMO, and it’s not just because it’s free. May you enjoy your journey in Tamriel, adventurer!