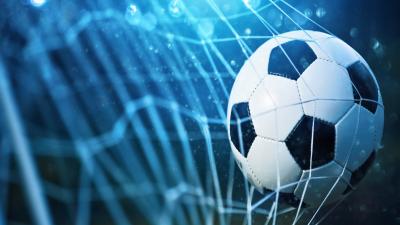 In football, just like the real world, the makeup of your team matters.

That’s why the best teams always do everything possible to lure the best players in to play for them. In tightly contested matches, how good your players are could potentially spell the difference between winning and losing.

Having said that, who are the in the coming FIFA 20 predicted best players?

While building your team, you want to have the best players possible to give you an edge over the competition. In this post, I’ll show you the 20 players most likely to be the best in FIFA 20 due to their exploits in the past season.

We’ll go from the 20th best player right down to the first. So, let’s go for the goal!

In his first season in Liverpool, Allison Becker helped his club win the coveted Champions League. Here are some reasons why:

In the past season, Raheem Sterling was arguably Manchester City’s best forward and player:

The French midfielder has been one of Chelsea’s best players over the years:

The Real Madrid midfielder continues to be one of the best midfielders in the world:

The Tottenham striker consistently performs and scores goal after goal for his club:

The Atletico Madrid goalkeeper has been one of the best goalkeepers for a few years now:

The Real Madrid captain definitely had a season to forget. Nevertheless, he still remains one of the best defenders on FIFA 20:

Despite winning the FIFA best footballer of the year, the midfielder endured a bad season as Real Madrid performed woefully in all competition:

Ter Stegen had a stellar season as Barcelona goalkeeper:

The Barcelona player had a lackluster season in front of the goal compared to his usual high standards:

The French striker was in stunning form for Atletico Madrid during the past La Liga season:

The Bayern Munich striker has been one of the most reliable forwards over the past few years:

The Dutch defender has been a rock in the Liverpool backline:

After winning the Champions League and coming close to the premier league title with Liverpool, the Egyptian forward has cemented his place as one of the best forwards in Europe:

Manchester City had a great season winning 3 trophies and DeBruyne was one of the reasons for that:

Although his season was blighted with injuries, the Brazilian forward still remains one of the best in the business:

The French kid stepped up during the past season in the absence of Neymar Jr:

The Chelsea forward had another great season that was capped off with a victory in the Europa League:

After his move from Real Madrid to Juventus, Cristiano Ronaldo struggled to replicate his prolific goal-scoring form in Italy:

The mercurial Argentinian forward has had one of his best seasons once again:

Check Them Out for Yourself

These are the FIFA 20 predicted best players when the newest edition is released later in the year. Get ready to include some new improved players in your teams.

What do you think? Did I miss a notable player? Let me know in the comments!