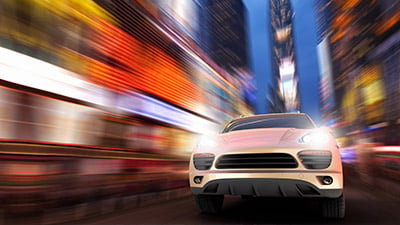 Today, we are gonna talk about the dark side of gaming. Or perhaps the funny side. Or the annoying side. Or, really, all kinds of sides, because we’re going to be going over griefing (and, to be more precise, GTA Online griefers). I know, I know. Some people don’t like to talk about it while others like to never shut up about it. But, regardless, today we’re going to be going over the topic as a whole, starting with the basics. You’ll learn what they are, what they do and why they do it, if they are getting worse, and, perhaps most importantly, what to do if you run across a GTA online griefer.

What Are GTA Online Griefers?

GTA online griefers are just like every other griefer. Though you hear a few competing definitions, here’s the basic idea:  griefers are people that go out of their way to wreck the experience for others. If a game exists, there will be briefers. A game like GTA V, especially with its massive fan base and sometimes toxic players, is full of them.

How Do They Grief?

Ah. So, this is a very open ended question, because it’s hard to exactly come up with a comprehensive list of everything that is griefing. There’s just a lot. Anyone who has ever played a multiplayer game knows that there is a whole variety of different things that can be done that fit the definition. Basically, though, here’s the rule to follow: if someone did something just to be a jerk and cause chaos, they are griefing. Want some examples? One classic one is people who join missions just to make sure their team fails, who are usually just strangers to them. Another great example is the jerk who runs around blowing up parked vehicles. It’s basically just toxic behavior.

Another good rule of thumb is this: if there’s a point to it, it’s not griefing. Let’s say you’re in a firefight after some chump attacks you. You’re better, and you win. You blow up his car. Okay, that’s borderline, but in my opinion, that doesn’t qualify as griefing. Alternative example: you see some dude minding his own business and blow up the car for zero reason. That is griefing.

Why Do They Grief?

Griefers have their whole variety of reasons, but allow me to come up with a few of the more common ones.

Agents of chaos: These are people who like causing mayhem for zero reason. There’s no way to predict what they will do, because they themselves have no idea. These tend to be the more annoying ones, because they strike out at anyone and anything with zero provocation.

The Snubbed Players: Usually found in a group, these players will suddenly become upset at something that happened and proceed to ruin the experience for everyone else. Maybe someone called them trash, and now they’re going to throw a fit.

The Keyboard Warrior: Since these people are frustrated with something in the real world, they take to the digital to take out their rage. These are especially annoying, because they tend to harbor a lot of resentment towards some random player they know nothing about.

The Troll: Generally, the troll will play stupid. They’ll act like they didn’t mean to ruin the job or drive everyone off a cliff, and proceed to watch as everyone gets increasingly angry and tilted.

This is a valid question. Are GTA griefers actually getting worse? Or do they now just have a lot bigger arsenal of weapons now? Personally, I think two things are happening here. More and more people are figuring out that being a griefer or a troll can be enjoyable, and, since it is becoming more popular, it’s happening a lot more. GTA online griefers have a huge arsenal.  I’ll be the first to admit that. But, griefers do their stuff regardless of what they have available.

What Can You Do When You Come Across GTA Online Griefers?

There’s a number of options that you can use, and really, it depends on the type of griefer. For someone like the Troll, once you figure out that they are being a troll, it stops being fun to them. Trolls live to irritate people. Without a reaction, it’s no fun. For the Keyboard Warrior, there’s not much you can do. Find another game, avoid the person, or fight back. The Snubbed Players, since they are often a part of a group, can be avoided in the future. Agents of Chaos, well, they generally don’t stay on one target too long. It’s just not fun for them. They’ll do something irritating and vanish off into the middle distance to bother someone else.

I’ll be the first to admit that griefers can be a real pain in the butt. They can be quite frustrating, but try to keep them out from under your skin. If they can get a rise out of you, they win. Trust me, yelling at them or cursing them out or anything won’t help, because that’s what many of them do it for: just to annoy people and ruin the game for them. Don’t give in, my brave reader. Fight the urge to stoop to their level.