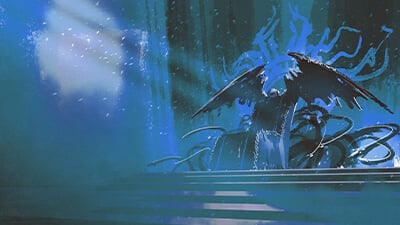 For a long time MMORPGs have used several gameplay features to create a feedback loop to push players to return to games over prolonged periods. Players often obtain a quest, complete the quest to receive tokens to exchange for better gear, and use the gear to complete even more quests. In being a MOBA, League of Legends lacked such mechanisms. Players returned because they wished to simply keep playing, without many incentives to encourage playing on a daily or even weekly basis. Missions were introduced some time ago as a means to infuse a new mechanic into the game, and if you are looking for that added push, you need not look further than League of Legends Missions 2019.

What are League of Legends Missions 2019?

In the most basic of terms, missions can be thought of as quests that can be completed within the client. Every year, the title’s new season begins in January, which also coincides with the beginning of the Spring Split. In many ways, League of Legends is a title that operates year-round, ending with the World Championship in October and resuming after a two-month hiatus in January. It makes sense then that missions also begin during this time. 2019 has borne witness to several different mission events so far. The first event that seeped into 2019 was the Snowdown 2018 event, which began on December 6th, 2018 and ended on January 8th, 2019.

The Snowdown event is the annual winter event for League of Legends that is based on a winter/Christmas theme, featuring winter skins for champions, ward skins, summoner icons, and more. There were five skins made available for the 2018 event, more than 2017 and 2016. The missions for Snowdown 2018 provided players with Snowdown and Nexus tokens, which like all missions, could be exchanged for in-game items. Items included golden chromas, borders, a Golden Snowman ward skin, emotes, a Crystal Deer icon, poro pets, Nexus Blitz finishers, and recall effects. This event and its missions were a great way to both end 2018 and kick off 2019 with a bang.

What missions are used to denote the beginning of the season?

When both the League of Legends and LCS seasons began at the end of January, two different mission events were launched, fittingly titled Spring Split 2019 and Season 2019 Start. Both mission events were different in that they did not reward tokens as most other missions do. In place of tokens, players were rewarded with either blue essence or in-game items. Blue essence is incredibly important in the current League of Legends landscape in that blue essence allows players to purchase new champions, a relatively new system that was not always in place. Icons and emotes were also available as rewards. While it lacked the sheer pizazz of other events, they were important to denote the beginning of the season, and stir up the fanfare that has been lacking in years past.

Are there any mission events centered on other markets?

Riot Games is majority-owned by Tencent Games. Tencent is a big name in China, and as a result of this relationship, Riot has to answer to the Chinese market to some extent. This is especially highlighted by the prominence of League of Legends as an e-sport in China, a market that continues to grow. Every year, there is an event in the game that coincides with the Chinese New Year. This alone highlights just how much influence Tencent has over Riot because there is no American event, despite the fact Riot Games is an American company and its main office is located in Los Angeles.

On January 28th, 2019, the Lunar Revel event began. In the Chinese calendar, each year is represented by an animal and in order to highlight this, a specific mission referenced 2019 as the year of the pig, a concept that is unfamiliar to most Western fans. Red is an important part of the New Year’s celebration and for the event, tokens were rewarded through red envelopes instead of being given directly from any one mission directly. It was possible to exchange the envelopes for icons, borders, ward skins, emotes, and chromas. To further the thematic uniformity of the event, both the Vayne and Jinx skins were centered on a Firecracker theme, an important part of New Year culture in China.

What is the current mission event?

There has been a large number of League of Legends missions 2019 including but not limited to an April Fools’ mission event, a Mid-Season Invitational mission event, and currently, an event titled PROJECT: Reckoning.  This is not the first time such an event has happened, having been used before. The PROJECT focuses on a dystopian future as a means of providing context for futuristic-looking skins. The two notable skins originating from this line include PROJECT: Yi and PROJECT: Yasuo.

This is undoubtedly a skin event first and foremost but it functions through its missions. There are fewer missions than usual but increased rewards more than make up for it. For example, the PROJECT Corporation event rewards 30 Project 2019 tokens upon completion. As is always the case with mission events, missions are spread out across four weeks, with the event concluding on September 3rd. There is a varied amount of rewards. Players can obtain any of the following: skin icons and borders by exchanging 250 tokens, reckoning chromas and icons for 300 tokens each, a PROJECT 2019 orb, and a few more items outside of those. The orb is particularly interesting because it will provide a skin shard and a chance at any of the following: Gemstone, Gemstone skin, or PROJECT 2019 Jackpot.

As of 2019 League of Legends has been around for a lot longer than most other e-sports and that doesn’t look to change any time soon. While other titles have had more viewership in the past few years, League of Legends has maintained a steady fan base, and the largest reason for that is that the game continues to evolve. The introduction of missions has been once such change embraced by long-time fans. They give players the encouragement to routinely login and work towards something, and having a measurement of progress is important to the health of any game. There have been a varied amount and League of Legends missions 2019 have shown that players appreciate returning events and will continue to do so in the seasons to come.