How to Leave a Guild in WoW Classic 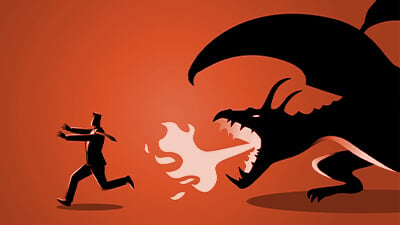 Now that retail vanilla servers are officially a thing, we can finally enjoy a genuine World of Warcraft (circa 2005) experience. And this, of course, includes being a part of Classic guilds. But what do you do if you want out of a guild? How do you do the WoW Classic leave guild thing?

You do that by simply typing /gquit in the chat and voila – you’re guildless!

Blizzard has really made it simple to abandon your guild for players who (for whatever reason) want to join another one or to go solo and simply stay without a guild. In today’s article, we’ll take a closer look at how to leave your guild, learn if there is a penalty for leaving, understand how to create one, and many more!

WoW Classic Leave Guild: How do I leave a Guild in WoW Classic?

Hit enter to open the chat function and then type /gquit (in this exact way). That’s all you have to do to leave a guild in Classic WoW – easy, eh?

By inserting this command prompt into the chat you will be automatically booted from any guild that you are currently associated with. But be warned, your now-former guild mates will be able to see that you left the guild. That’s because when a player leaves a particular guild, a message (in yellow) is displayed in the chat, informing other members that player X has left the guild.

So, if you want to keep your departure incognito, you’ll probably want to quit your guild when most players are offline i.e. early in the wee hours of the morning or during busy workdays. And keep in mind that you can only be associated with one guild at a time—you can’t be a part of several guilds simultaneously!

How do you make a guild in WoW Classic?

As opposed to the WoW Classic leave guild function, making a guild in Classic isn’t that easy. Here’s what you need to make your own guild:

Something crucial that you have to keep in mind is to have the signed Guild Charter in your primary backpack when you return to the Guild Master to register your guild!

Now, paying 10 silver for the guild charter is actually the easy part of creating a guild in Classic. The hardest part is finding 10 players who are willing to sign the Guild Charter for you. That’s because, without 10 signatures, you won’t be able to create your guild. So prepare for a lot of back-and-forth interaction with various players as you try to land the coveted 10 signatures.

How do you find the Guild Masters that let you register a guild?

But to make your life easier, we’ve made a list of all the in-game Guild Masters in Classic and here they are:

Please keep in mind that these are the only locations where you’ll find Guild Masters! You won’t be able to create a guild anywhere else in the game except through these NPCs found in the capital cities.

How do I invite others to join my Guild?

By clicking on the Add Member button from the Guild (the default button to open that window is G). Alternatively, you can type /ginvite “playersname” in the chat to invite a particular player. It’s also worth noting that not anyone in a guild can invite new members. Only the Guild Master and other high-ranking members (who were granted permission by the GM to do so) can invite players.

WoW Leaving Guild Penalty – a myth or not?

There’s no penalty for leaving a guild in Classic WoW, so yeah – that’s a myth. In contrast to losing reputation in retail WoW, there aren’t any repercussions for quitting a guild in vanilla. The only drawback to leaving your guild might be in terms of your personal relations with other players. Or in other words, some people might not be too happy about you quitting, especially if you were a valuable raid member.

How do you leave a Guild in Free Fire?

Select the Guild menu (to the right) from the main character screen. Then click on Member List and click on the open door icon located on the right-hand bottom corner of the screen. Click OK to confirm that you want to leave and you’ll be out of the guild.

So, you now officially know what to should you want to try the WoW Classic leave guild thing. Basically, quitting a guild in vanilla WoW is as simple as typing /gquit in the chat. However, you have to remember that other members will be able to see that you’ve left the guild. And this can potentially be a problem if you want to leave quietly, without too much fuss and drama.

Now, have you personally used the /gquit function in Classic servers already? And if yes – did your decision to leave have a lasting impact on your relationship with your former guildies? Let us know by leaving a comment below!