ESO Sorcerer Build Guide – Which is the Best Build to Use? 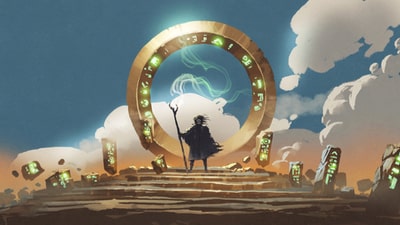 An ESO sorcerer build can be extremely effective, but there are certain builds that you should be looking out for. Sure, you can look into statistics and such to find the perfect build, but your best bet is to get a heads up on some of the best builds that the game has to offer.

In this guide, we will be looking at the following builds:

We are going to be taking a look at a fair few options for you to choose from in this article. If you’re a tank, healer or a solo player, then there should be something that caters to you. To start with, we will be looking at the Werewolf Sorcerer.

This is a hybrid of werewolves and sorcerers that have great DPS output. You will need to make the best of the build by using the Bound Armaments and the Unstable Clannfear as well. These will help boost your damage. It’s also a good idea to use the Berserker ultimate to take wolf form and destroy your enemies. If you’re using dual wield then you’ll need Barbed Trap, Rapid Strikes and Whirling Blades as well.

A suitable build for playing solo, this build makes the most of the Briarheart Set, and can use buffs to help with its healing as well. Critical Surge and Dark Deal in particular are very useful in this instance. For the 2H buffs on the mainbar, we have Brawler, Echoing Vigor and Bound Armements. It isn’t just buffs that make this build great either. It’s area of effect attacks are also deadly, using Flawless Dawnbreaker, Reverse Slice and Wrecking Blow.

Speaking of AoE, there’s also the Greater Storm Atronach ultimate that can devastate your opponents. What makes this build super effective is the buffs that it has that can help keep the flow of the AoE attacks that keep coming.

Let’s move onto tanks now, with the Capacitator Sorcerer being able to help their teammates with abilities of recovery. Their overall mantra is to provide support, which is dealt by the defence spells it has and the minions that surround them.

With the use of the Destruction Staff skillset, you can expect buffs to the build. Boundless Storm, Dark Deal, and Inner Rage will all come into effect here. You could opt for Aggressive Warhorn and Elemental Blockade for your defence and attack as well.

Moving on from solo and tanks, we have healers. In this case, Surge Sorcerers have some powerful abilities that can increase survivability. There is a number of recovery spells to be used that can help recover the health and magicka of your peers. The skillsets being used make the most of Twilight Matriarch, which aids healing and attacking as well.

The Restoration Staff is a great choice for using abilities with. You can heal with Empowered Healing and Radiating Regeneration, and increase attack with shields as well with Combat Prayer and Empowered Ward. For fast healing, you can use an ultimate called Absorption Field.

If you want to take more of an AoE approach, then go with the Destruction Staff. This uses good area of effect with Elemental Blockade and Liquid Lightning. You can get magicka steal with Energy Orb and Elemental rain too. There’s another useful ultimate with Aggressive Warhorn if you want to buff your friends’ attack stats.

Many would consider the Summoner Sorcerer to be the best choice in the entire game. The reason is that they are able to deal AoE and single-target damage in destructive fashion. They are protected by magicka shields too, and can debuff opponents with the Shock Staff.

To do this, Daedric Prey is used. There’s heals from the Mystic Orb as well, and can destroy enemies with the AoE ult Shooting Star. The shock staff can also give protection with Empowered Ward, as well as AoE approaches with Lightning Flood and Unstable Wall of Elements. To take your enemies down efficiently, there’s the Greater Storm Atronach too.

So far we have looked at a few different classes that can make use of being a sorcerer. But you may be looking for a sorcerer that is going to be effective in PvP. It’s understandable that PvP isn’t for everybody, but for those who do look to get the job done in Player vs Player combat, then the Streak Sorcerer is ideal.

Though it has a reliance on magicka recovery glyphs, it can use Cycle of Life and Dark Conversion to make the best of it. There’s a lot of equipment to be used as well, with Brighthroat’s Boast, Crafty Alfiq and Maw of the Infernal Monster as your go to equipment sets.

With the mainbar for the Fire Staff, you can protect yourself with Hardened Ward. There’s also the Crystal Fragments, Streak, Haunting Curse and Crushing Shock which are spells that are great for dealing damage. The Shooting Star ultimate can also be used here for that AoE approach on your opponents.

You could also go with the Restoration Staff, that has buffs for the skillset that include Critical Surge, Harness Magicka and Radiating Regeneration. With all of these together, you are going to be a formidable force in the PvP aspect of Elder Scrolls Online.

These are all great choices for your ESO sorcerer build. One thing is for certain, and that’s the builds that are listed here can be very effective indeed if you wish to become a sorcerer. There’s viable options whether you are a healer, a tank, or like to play the game entirely solo. Whichever one you choose, you’re going to be calling upon the elements to use to your advantage. You’ll also be casting spells, supporting your allies and much more as your enemies quake in fear of the arsenal that you have at your disposal. The right skills with the right build will see you as an unstoppable sorcerer, so keep it in mind when choosing your build.

Be sure to check out some of our other ESO guides before leaving.