The Best Games Like League of Legends to Start Playing Now 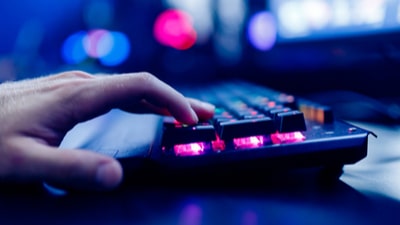 League of Legends is one of the most popular MOBAs today and has become quite well-known in many parts of the world. It’s one of the first games that ever had success in the esports industry – many professionals and streamers jumpstarted their careers by simply playing League of Legends. But like all else in life, repetition can lead to boredom, which is why some gamers move onto other games or try to find something video games like League of Legends but isn’t exactly a complete copy of it.

Luckily, the MOBA space has since boomed and there are a lot of options that gamers can choose to take. Taking a break from League of Legends and testing one’s skill at something different may lead to either enjoying the genre more or even learn something from those games and applying it when coming back to LoL.

It’s impossible to talk about League of Legends without even mentioning the existence of DOTA 2. Hailed as the king and queen of the MOBA genre, League of Legends and DOTA 2 have been known to players as two of the best online multiplayer experiences. DOTA 2, which was created by Valve, is inspired by the world in World of Warcraft III and the colorful cast of characters within it. One of the main takeaways that people most have when it comes to DOTA 2 is it has some of the exciting, high-stake tournaments for any game out there.

Back in 2019, there was a tournament held called “The International” which yielded millions of viewers and thousands of attendees in the venue of the tournament itself. Oh, and there’s also a prize pool of a total of $34 million. Compared to League of Legends, the gameplay and mechanics in DOTA 2 are arguably a tad more complicated, but should the players be able to master the unique power sets of the heroes they pick and learn how to interact with the world around them, they’ll surely have a fun time in learning what fits their playstyle.

While DOTA 2 may not be the youngest game on this list, it certainly has sol

Wild Rift may utilize the same champions and objectives in League of Legends, but there are differences between the two that make it compelling enough to add it to this list. LoL: Wild Rift offers the same MOBA experience in League of Legends for players that prefer playing on their mobile phones or consoles. The controls are built from the ground up and the matches are more fast-paced compared to its PC counterpart, making the gameplay more easy and accessible for gamers that are just looking to experience a MOBA game for the first time.

Wild Rift is constantly getting updates and having champions from League of Legends being added into the mobile game, so players can expect patch updates and bug fixes to be a common thing to happen. The objectives are simple and similar to League of Legends: Destroy the enemy base. There are different lanes to choose from that match certain types of champions, but depending on the meta, unique picks such as having a marksman champion in the midland compared to being in the bottom lane can be doable.

Other than that, Wild Rift is a lot more casual compared to League of Legends because of its “watered down” controls. There’s also a ranked mode that gamers can do should they feel the need to scratch their competitive itch, but players aren’t required to do it if they just want to level up. There are, however, rewards that can be earned should they reach specific ranks before the season ends (such as free skins, chromas, etc.). Some players who want to get into the game, starting at a high rank, might decide to buy League of Legends Wild Rift accounts from a seller.

For the fans of Pokemon and League of Legends, they’re in luck because something special just got fresh off the boat. Back in June 2020 during the Pokemon Presents Direct, Nintendo announced Pokemon Unite for the first time. It’s the first MOBA-style Pokemon game that’s very similar to League of Legends where players face off against each other in teams of five. Think League of Legends but with adorable Pokemon in it instead of the usual champions.

Pokemon Unite was developed by Nintendo in conjunction with Tencent, a well-known publisher that has made tons of other online games and even has stakes within other famous titles such as League of Legends. The strategic battle game is free-to-play and will feature optional in-game purchases for those who would like to do so. It’s currently available for the Nintendo Switch owners, but for those that prefer playing on their mobile, they’ll have to wait a little bit longer as the mobile version of Pokemon Unite will launch this September.

Once the game picks up, new players will always have to option to buy Pokemon Unite accounts from an online seller.

League of Legends is not only one of the most played games in the world, but it’s also one of the most-watched. In May 2020 alone, Twitch garnered 30.9 million hours off of people wanting LoL-based content. Before 2020 even started, it was even reported that League of Legends had a higher viewership compared to the Superbowl. That being said, playing the same game over and over again can become quite boring, which is why some gamers dive into other similar MOBA games to satisfy their competitive itch all the while trying something new and fresh.