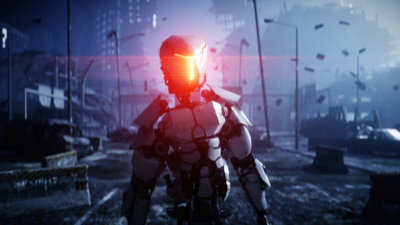 Warframe recently had its massive open world update called “Heart of Deimos” and with it, we have our forty-forth unique Warframe – Xaku. Xaku is also the second Warframe designed by the community (Nova being the first), at it is certainly admirable to see a game developer engage in that level of community engagement.

Newer Warframes released in the last year – such as Grendel and Protea – haven’t been meta-changing Frames, but they have certainly been quite interesting. Leading up to the new expansion and the open world, the community was certainly eager to see how Xaku would do in real missions. In this article, we’ll take you through Xaku’s entire toolkit, best builds, how to obtain the Warframe, and what situations Xaku shines in.

How to obtain the Xaku Warframe

The grind for obtaining the Xaku Warframe is pretty straightforward, but like the previous open worlds, it really requires you to get into the world and spend a lot of time in it.

Xaku’s blueprint is rewarded upon completing the Heart of Deimos quest, following which you can obtain the Warframe components by completing Cambion Drift Bounties – which is where RNG comes into the picture. The components have about a 10% drop chance, which is pretty similar to what we had for Warframes rewarded from previous open worlds.

With the blueprint and components obtained, you also require the resources needed to build these components. Is all of this worth it? It certainly is, as long as open worlds are your thing and you have been enjoying spending time in Cambion Drift. For those who prefer Warframe’s traditional environments, it’s definitely better to go through relic openings. Open Void Relics, sell the parts for Platinum, and use the Platinum to buy Xaku from the Market. It’ll take about the same amount of time, and you’ll be able to get the Warframe by doing what you enjoy.

Xaku’s passive ability offers a 25% chance to have enemy attacks phase through, which bumps up to 75% when The Vast Untime (Xaku’s fourth ability) is active. This chance of invulnerability excludes explosive damage and is unaffected by Mods, and is a pretty unique way of implementing a defense mechanism that does not alter health, shields, or armor in any way.

Xaku’s main abilities are as follows:

Xaku’s first ability is called “Xata’s Whisper” and it infuses Xaku with Void Power. This buffs all equipped weapons to deal extra damage, at the cost of 25 energy. Xata’s Whisper lasts for 35 seconds at max level, which offers a considerably large damage boost for the Warframe. The Void damage is determined by the total weapon damage, and can be refreshed by recasting to renew the 35-second timer.

Xaku’s second ability, “Grasp of Lohk”, casts Void Tendrils that rip off weapons from nearby enemies at the cost of 50 Energy. These weapons can then be used as your own floating DPS machine that can be buffed via Ability Strength mods and depends on the enemy levels as well. Up to 6 enemies within 8 meters can be disarmed, following which these enemies will switch to their melee weapons. If Grasp of Lohk is used on an enemy that already has no weapon, a Void entity orb or a replica of your Primary Weapon will float around Xaku. This is one of Warframe’s most creative abilities yet, reminiscent of Nyx’s abilities that allow you to use enemies against each other, and yet managing to hold its own uniqueness.

Xaku’s third ability, “The Lost” allows you to cycle between three different abilities – Accuse, Deny, and Gaze. Accuse spawns a Void fissure at the target, corrupting enemies within an 11-meter radius and stunning them in their place. Deny releases Void energy via a beam of light, striking enemies and causing Void damage. Gaze freezes enemy targets and releases a defense nerfing aura. This reduces enemy shields and armor.

Xaku’s fourth and signature ability is “The Vast Untime”, which is a massive defense-stripping mechanism. Xaku explodes on casting this ability, damaging enemies around with Void damage, allowing Xaku to move around in a skeletal form, and most importantly, making enemies vulnerable. Enemies affected get 50% weaker to Void Damage, get slower action speed, and buffs Xaku’s movement speed and passive dodge.

How to Mod Xaku and Where This Warframe Shines

Modding Xaku can be quite tricky with all the abilities requiring various buffs to be more effective. Ability Strength, Ability Duration, and Ability Range should be your focus when modding Xaku, with secondary focus on Efficiency and survivability.

Here’s the build I use:

Arcanes are optional. This build allows you to pack on a lot of extra duration for your Xata’s Whisper and Vast Untime. The high ability damage helps you rack up DPS and buffs the stolen weapons that are floating around you as a result of Grasp of Lohk. The high Ability Range on this build is especially useful for de-buffing more enemies and stealing more of their weapons.

A lot of Xaku’s abilities rely on affecting multiple enemies over an area, making Ability Range key for this build. Vitality and Streamline are there to add health and Energy efficiency respectively, making your Xaku harder to kill and more functional with the abilities. While Transient Fortitude buffs Strength at the cost of Duration, the tradeoff is worth it since you will have enough energy to recast your abilities anyway due to high energy efficiency.

Xaku was originally thought to be a DPS machine. While it certainly holds its own in the damage department, Xaku’s main advantage is stripping enemy defenses. Xaku really shines in missions with large number of enemies – and not because of any nuke potential like Saryn, but because of its ability to apply crowd debuffs with ease.

We hope our guide helped you understand Xaku’s ability toolkit and builds better. Xaku won’t be top-tier Warframe in the sense that people won’t look for a Xaku for their team in missions such as ESO or Eidolon Hunts. However, he will certainly have a place in public missions, even when facing the highest difficulty survival missions in the Void. Bottom of Form