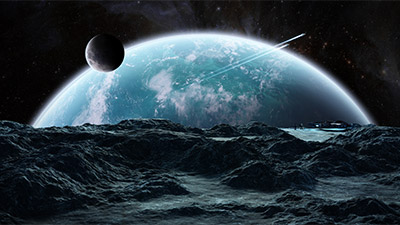 Warframe is about to get its biggest content update in years and we couldn’t be more excited. The Double Affinity boost has already started and will last till August 12th.

With the recent announcements about the third open world in Warframe, Heart of Deimos, and the gameplay preview showcased last week, this seems like one of their biggest updates ever. We have an infested open world, mechs, a dark storyline, a new Warframe, the ability to remix Warframe abilities, and more! In this article, we’ll take you through everything you need to know about Warframe’s Heart of Deimos update, the new open world, its release date, and all the content we’ll be getting with it.

Digital Extremes introduced open worlds in Warframe via Plains of Eidolon on Earth. The open world introduced plenty of new mechanics to Warframe, with fishing, mining, and Eidolon hunting being the highlights. Since then, we have only received the Fortuna (Orb Vallis) update that was certainly a great upgrade over Plains of Eidolon.

In the Heart of Deimos update, we are finally getting the third open world, accessible via Mars. In the real world, Deimos is one of Mars’ satellites with a rocky terrain, the other being Phobos, that is already in Warframe. Deimos being accessible via Mars is a great thing, as the planet is early on the starchart and will allow new players to access it pretty quickly.

Deimos will be an Infested-oriented moon with “sinister mysteries” lying below the surface. The gameplay preview displayed a dark, grim world with a number of Infested enemies. Ember being a fire-themed Warframe and fire being super effective against the Infested, I think we’ll be seeing a lot more of her on that planet. Deimos will also have the dark faction – Entrati – and possibly some newer and more dangerous types of Infested enemies. The moon will have underground cave networks for players to explore, with their own secrets, missions, and rewards.

Matt Ferguson, an artist, has also developed a Heart of Deimos poster. This limited-edition poster can be pre-ordered before September 1.

That’s right. Warframe’s getting mechs. The last few minutes of the Tennocon gameplay revealed one of the coolest things we’ve seen in the game.

The Necramech has a unique assembly animation when it forms into a heavy mech with gunning abilities, and once you are in the mech you can control it fully. The Necramech moves slower than Warframes and isn’t as lithe, but makes up for it with its insane firepower and tankiness. We do not know how the Modding and customization for Necramechs will be, but they will surely have a few abilities of their own. The preview also showed how the mech can hover in the air and spray bullets onto the Infested enemies on the planet.

Like the Archwing and the K-Drive (vehicles from the previous open worlds), the Necramech will also likely be usable in Fortuna and Plains of Eidolon. This could also add a layer of newness to the previous open worlds, which is one of the best things about these updates. Along with new content in a new world, it also adds a fresh angle to previous open-world challenges such as  Eidolon hunts.

For the first time ever, Warframe is getting a system that will allow you to customize your own Warframes by using the power of Void energy. I cannot imagine how fun and incredibly powerful this will be. The “Helminth Chrysalis” will be released along with the Heart of Deimos update, which will enable Warframes to pick up one Ability from another Warframe.

I wonder if this will lead up to a new meta. Warframes like Saryn Prime are already capable of demolishing entire rooms of enemies within seconds. Imagine if a Saryn Prime could get Rhino’s buffs as a part of her toolkit for an insane team damage boost! Or how about having two Exalted Weapons on one Warframe? The possibilities are endless, and it would be interesting to see how Digital Extremes has developed this system.

Xaku is the second community-built Warframe to be released in the game, the first one being Nova. Xaku is the forty-fourth unique Warframe in the game, and the community had chosen the theme “Broken Warframe” for this Frame. Digital Extremes had “Open Call” threads in their forums where hundreds of Warframe players provided their suggestions to develop Xaku. Similarly, the aesthetics of the Frame were also developed by community artists.

It is amazing to see developers be so involved with the community and value their opinions. Letting players create content alongside developers is something you rarely see in the gaming industry, and these kinds of interactions and opportunities are what makes Digital Extremes one of the most loved game developers. Xaku will be a part of the Heart of Deimos content, and will likely be available for purchase from the in-game store as well. After Warframes like Revenant and Garuda from the previous open worlds, we are excited to see how Xaku turns up. It will also be the first ever open-world Warframe developed by the community.

Endnote on Warframe Heart of Deimos

It still blows my mind how this game continues to be free-to-play while continuing to add such incredible content for free. Digital Extremes continues to be a benchmark for sci-fi/fantasy looters, and Heart of Deimos looks like they’ve gotten it right once again. Along with this update, Hydroid Prime will be unvaulted, and new players will have access to a reworked tutorial

It is always great to see game developers push their boundaries – who would have imagined mechs in Warframe, with an entire moon for us to explore on our own mechanical killing machines? Heart of Deimos releases on August 25th on PC, PS4, Xbox One, and Nintendo Switch. The Tennocon preview certainly has us excited for the Heart of Deimos update, and we look forward to its release.