Explore the Features in Warframe Plains of Eidolon 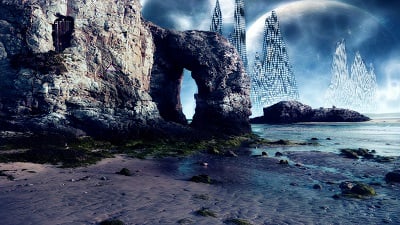 Warframe Plains of Eidolon just brought many new features to the game, the most significant first open area for players to explore and discover. It’s filled with mysteries and enemies, and it’s up to the player to uncover all these things. Among the other new features are fishing, mining, weapons to create, mods to collect, and a new warframe.

Fishing spears are obtainable in Cetus, from a Fisher NPC. He sells three reusable blueprints, each for a fishing spear specialized in catching specific types of fish. The Lanzo is for smooth-skinned fish, the Tulok for fish with tough carapaces and armored plates, and the Peram is for scaly fish. The NPC also supplies bait blueprints and other gear to aid players in fishing.

To fish, add the spear and bait to the Gear Wheel in the Arsenal before venturing to the plains. When next to a body of water, equip your spear (using a hotkey or through the wheel) to enter fishing mode. Aiming works similarly to aiming a spear weapon, and successfully hitting a fish provides the opportunity to reel it in. Throw the equipped bait by pressing the Alt-Fire button, to lure any nearby fish toward you.

Similar to fishing, the mining NPC also has three reusable cutter blueprints; however, the other two are just the better and best version of the first. The last has a searching ability as well as an increased chance to gain Eidolon Gems when used. Similar to fishing, make sure to add the cutter to the gear wheel before venturing out. Once you find a deposit, just equip the laser and trace the pattern on the deposit. When successful, players can earn gems or ores, and perhaps that elusive Eidolon Gem. These resources are a must for various crafting necessities.

The expansion brings weapons and mods to the fold, such as the new warframe’s signature weapons, the Astilla, Fusilai, and the Volnus. Plus, there are new Grineer weapons to collect. The three signature weapons are glass based, and so is the Warframe.

Gara is the newest addition to the warframe lineup. She is a manipulator of glass and has the unique ability to blind enemies within line of sight when standing in the bright light. Her first skill, Shattered Lash, sends out a torrent of shattered glass toward an enemy the player aims at. It has a knockback effect, and the button for the skill can be held to sweep the torrent instead of a thrust. Her second skill, Splinter Storm, creates a storm of shattered glass that damages enemies and increases the damage resistance of allies and self.

Spectorage, the third skill, traps enemies within a spinning carousel of mirrors. These mirrors damage are those that destroy them, and when half of the mirrors are destroyed, the carousel falls apart further damaging enemies. Mass Vitrify is her last skill, where she sends out an expanding ring of molten glass that crystallizes enemies who enter. Once the ring is finished expanding, the glass hardens, shielding Gara and her allies from weapon fire. This ring of glass can be shattered to damage enemies outside the barrier.

There are many other features not covered in this article, such as improvements and changes to the Focus system, a day and night cycle, bounties, incursions and their rewards. Also, we didn’t touch base on Sky Archwing, which is different from the normal Archwing used in space.

Anyhow, what are you waiting for? Explore the Plains of Eidolon today since the expansion recently came out on October 12, 2017. Good luck, Tenno!

Read More: A Look into the Update: Warframe Plains of Eidolon