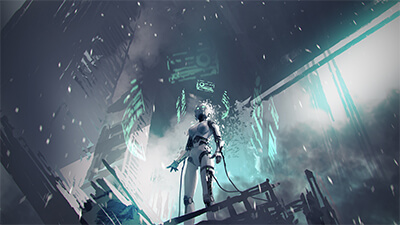 The article is about

Prime Warframe releases are always fun and memorable. While they aren’t necessarily a noticeable change over the “vanilla” or regular Warframe, they do add that extra cosmetic change. And every single time, the cosmetic changes are amazing. Titania Prime already being a pixie Warframe, we’re definitely looking at a great Prime skin!

Operation: Scarlet Spear launched earlier in March. The operation encourages Tenno to work together and quell an impending onslaught. Being a group activity, Scarlet Spear featured Railjack and on-ground missions to build a united front with Operation Link and unite against the Sentients’ planned chaos. Scarlet Spear also brought together a new weapon class that players could earn, a new MOA personality type, and another Nova Deluxe Collection- her second Deluxe.

This guide will cover everything you need to kno about Titania Prime Release and Operation Scarlet Spear.

Titania Prime will be released with Pangolin Prime and Corinth Prime. Corinth is already a great meta weapon, and players were looking forward to its Prime version for a while! Corinth is a heavy shotgun with a high kickback. It features two unique firing modes: grenade projectile and buckshot, making it pretty versatile as well. Pangolin is a house honoring the first Tenno clans. This launch will also feature Titania Prime Glyphs for some extra fashion points.

Full regional dates for PS4 are:

If you do not wish to buy the packs, you can get all of the Primes by earning Blueprints in the game. Isn’t Warframe excellent for F2P players?

However, when Primes are released, some other Primes are vaulted. Limbo Prime, Pyrana Prime, and Destreza Prime will be vaulted with this release.

Is Titania a good Warframe?

Titania is a fun Warframe for sure, and her Prime is looking to be incredible already. She is especially strong, almost overpowered, due to her ability to cheese Mastery Rank Tests. They’re honestly just a cakewalk for her due to her powers, that also allow her to go for Void and Derelict trial rooms with ease. Razorwing makes it so that her guns rip apart enemies pretty well, and it’s super fun to watch a little pixie go around and demolish mobs by slashing through them all. She’s not super-top tier aside from these qualities, but she’s fun and definitely more than viable. I wouldn’t rank her high in the meta as such, but she’s definitely great in the hands of a good player and with the correct set of mods.

Operation Scarlet Spear is Warframe’s newest event. Scarlet Spear united Tenno in countering the Sentients’ first wave of offense in the New War. The Tenno have to unite and join hands against these attacks. A 40-person Relay, which is the new Operation Room, allows 4 player missions called “Operations” which require Railjack and ground attacks that feature co-op gameplay. These are the new Operation Link feature and also boast of a number of large-scale, community-based targets for players to achieve. Successful operation contributed to progress towards these community-based targets, diverting enemy forced even before the invasion took over the System. Digital Extremes released Operation Scarlet Spear in early March and the event extends all the way till April 21st.

Scarlet Spear’s cinematic displays a new territory with Sentients being deployed across the system. The first wave of Sentients had breached Veil Proxima via their ship (Ramsled) to disturb the Tenno’s progressive momentum. Players had to take over Operation Room to design a plan and launch off. What follows is an extensive cooperative land and space wars, our two Warframe specials. Equipped with hi-tech Railjack ships, the invaders exchanged boarding parties such as Anu Interference Drones and Anu Mantalysts to shake up the systems. The disruption extended right from Speed Boosting to Side Turrets, creating a big challenge for the Tenno.

In Operation Link, two four-player squads come into play. This mission requires great co-operation and is much harder if one of the teams isn’t successful or falls behind. One squad boards the Railjack and controls it. The mission of this squad is to tackle and successfully complete certain ground-based operations. These operations are controlled and handled by the second squad, also consisting of four players. The second squad, their allies, worked their way through a regular mission. This was a ground-based mission like the ones in the starchart. Successful completions count progress towards the event goal. This makes Operation Scarlet Spear a large-scale, community based game.

With three Primes straight from the over, exciting cosmetic additions, and Operation Scarlet Spear, March and April are looking to be great for Warframe. Everyone is quarantined and the playerbase is grinding levels to get for the community goal. Titania Prime Access is definitely worth picking up, the content is fresh and everything in it is pretty fun to use! While Titania isn’t a meta Warframe and doesn’t stand a chance against many S-tier frames such as Saryn and Rhino. You probably won’t be using her to grind Rivens or attempt long survival runs, because other frames fit those roles much better. But while she isn’t strong, she is enjoyable, has a niche, and is definitely viable at the very least. Log in to team up and battle the sentients in Operation Scarlet Spear, because it is a new experience and a fresh concept that Digital Extremes has created to bring the community together to battle towards one goal. Hopefully our Everything you Need to Know about Titania Prime and Operation Scarlet Spear guide helped you decide if you want to grind the Prime frame first, buy the Access Pack, or jump into Operation Link. Stay strong together, Tenno, but make sure you maintain distancing in real life!