How to Get and Build Grendel in Warframe 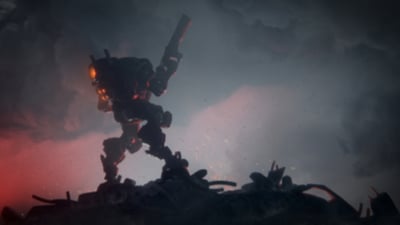 Grendel is a strange Warframe. He’s slow, tanky, but doesn’t deal a whole lot of damage. However, he is extremely fun to play. Grendel is one of the newer Warframes released in Update 26: The Old Blood, and he wasn’t received very well like all non-meta frames are. Does he have a place in high-level missions like Elite Sanctuary Onslaught? No. Is he fun to play anywhere on the starchart? For sure. Grendel has his own unique playstyle, with his ability to devour enemies and roll around like a cannonball and knocking them around.

In this guide, we’ll take you through the step-by-step process of acquiring Grendel, and how you can build him to be a tanky Warframe with great ability duration.

How to Acquire Grendel’s Blueprints and Components

Grendel’s four main parts (main blueprint, Chassis, Neuroptics, and Systems) all have different methods of acquisition. Grendel’s main blueprint can be obtained from the in-game market for 35,000 credits.

The missions that reward Grendel’s component blueprints are different from regular missions, and have their own unique modifiers. The effects of Mods on Warframes and weapons are negated, except for Augment Mods on Warframes. You cannot use your Operator or any of your Gear items. Along with these challenges, you will be facing enemies having levels around 40-45.

The blueprints of Grendel’s components are obtained via specific missions on Europa. First, you will need to obtain Locators from the Arbitration Honors vendor. Each Locator costs 25 Vitrus Essence each, and will allow you to access the specific mission linked to it. The missions associated with these Locators are to be done in a squad, and only the host of the squad is required to have the specific Locator. Even though individual squad members don’t have a Locator, they will obtain the same mission rewards in the end.

Grendel is reminiscent of Snorlax and Guzzlord from the Pokemon world. He is a slow, tanky Warframe that also has a gimmicky ability that allows him to consume entire enemies and store them within him for a while. Playing as Grendel mainly involves two things: rolling around as a cannonball to knock enemies around, and consuming enemies while maintaining the Energy required to keep up the ability.

Grendel’s passive ability allows him to gradually digest the enemies he has consumed with his Feast ability. While the enemies are being digested in his belly, Grendel gains +50 Armor, unaffected by Mods. The total bonus Armor hence gained is displayed on the HUD next to the health and shield bars.

Grendel’s Main Abilities and How to Optimize Them

Ability 1 – Feast: Grendel’s first ability allows him to consume enemies. These enemies are then slowly digested in his belly and can be vomited out by holding the ability button. Enemies discharged in this manner will be covered in toxic bile.

Ability 2 – Nourish: This ability allows Grendel to leverage consumed enemies to provide different kinds of buffs for his team, that can be cycled. These buffs include Energy, Armor, and Toxin damage buffs.

The radius and duration of this ability is affected by Ability Range and Ability Duration respectively.

Ability 3 – Regurgitate: Grendel can use Regurgitate to violently discharge a consumed enemy as a projectile. This isn’t the strongest ability and I don’t recommend wasting your Energy on it. The ability is affected by Ability Strength and Ability Range.

Ability 4 – Pulverize: This ability allows Grendel to curl up into a violent and mobile cannonball, and go around knocking enemies in his path. This is a pretty fun ability to use, although controlling the ball isn’t the easiest thing, especially when going up staircases or slopes.

Grendel deals damage to enemies around him while moving, and can also slam down to deal additional damage. As he does this, he slowly loses Energy. This drain can be optimized by improving Ability Efficiency and Ability Duration.

Best Build and Mods for Grendel in Warframe

From the four abilities explained above, we can conclude that Grendel benefits most from Ability Duration, Strength, Range, and Efficiency. Here’s the build I use for Grendel:

I’ve found this to be a great and balanced build for Grendel, as it allows him to efficiently consume enemies, survive longer, and optimize his Energy usage when using his Pulverize ability.

We hope our Grendel guide helped you understand his abilities and build better! While he isn’t the most meta Warframe, he is certainly one of the most fun Frames to use. He’s especially fun in long Survival missions, where you can find a large number of enemies in enclosed rooms. This makes it easier for Grendel to consume them or knock them around with Pulverize.

The process of obtaining his parts can be quite tedious and I recommend farming for the Platinum instead and getting the Warframe straight from the in-game market. Good luck!