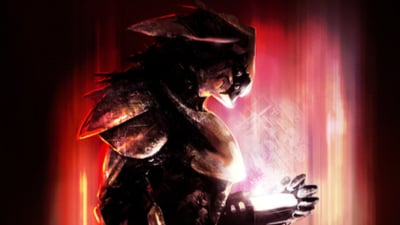 If you’re farming Survival missions for Relics or farming a Survival Void Fissure, every coordinated team will have one Khora on them. Khora is a pretty unique and versatile Warframe, and in this guide, I’ll be taking you through the best Warframe Khora build. This will include how her abilities work, and how you can acquire Khora in Warframe.

How to Acquire Khora’s Blueprint and Components

Although a great Warframe, Khora is infamous for the ridiculous grind required to acquire her parts. Khora’s parts are obtained from Sanctuary Onslaught, an endless mission where you go through rounds of facing enemies of increasing levels.

Sanctuary Onslaught has an AABC rotation system, with A, B, and C being reward pools. So for the first two rounds, you get one of the items from reward pool A, followed by one from B on the third round, and one from C on the fourth. For the fifth, we go back to A.

This is an extremely difficult grind, one that can easily take you over ten hours of grinding, and even then nothing is guaranteed. For this reason, a lot of players including me decide to acquire her via Platinum (325). It’s much easier to farm Relics and sell the parts for Platinum to acquire her from the Market.

Passive Ability: Khora has the most unique passive ability in Warframe. Instead of mechanics like special movement or increased damage, Khora’s passive ability is a pet. Venari, a Smeeta Kavat, is automatically a part of Khora’s loadout in any mission you go.

Venari spawns with you at the beginning of the mission and accompanies you in battle throughout, fighting alongside and also granting you increased movement speed. If Venari dies in combat, she will respawn near you within a minute. You can also manually respawn her using your third ability.

Ability 1 – Whipclaw: With Whipclaw, Khora slashes out in the direction of your reticle with her special whip, creating a small area of explosion (Impact + Puncture + Slash). The range is affected by Ability Range, and you can buff the damage dealt using Ability Strength. When paired with Khora’s fourth ability, Whipclaw can dish out some crazy damage numbers.

Ability 2 – Ensnare: Using Ensnare, Khora can use her whip to ensnare a nearby enemy, and any other enemy that gets close. The duration for which the enemy is ensnared is affected by Ability Duration, and the range of the whip is affected by Ability Range. A synergy to note is that enemies affected by Ensnare receive twice the damage from Venari and Whipclaw.

Ability 3 – Venari: This ability can let you control the Venari’s actions. You can choose to make your Venari Attack, Protect, or Heal. You can also use this ability to respawn Venari if it is knocked out by an opponent and runs out

Ability 4 – Strangledome: This is the ability that makes Khora so good at crowd control. In Survival missions where you’ll be staying in one place for a long time, Strangledome will be your best ability. Strangledome sets up a large dome over you made of chains. All enemies that try to enter the dome will get trapped within those chains. Enemies get suspended in the air and fling around as they get trapped with the chains. Ability Duration increases the duration of the dome, and Ability Range improves the radius of the dome, allowing you to capture a larger area with Khora.

Strangledome and Whipclaw have great synergy. If a bunch of enemies are trapped within the dome, you can simply use your Whipclaw to slash at all of them at once. This combo is great for dealing a lot of damage at a time. Note that standing within the dome does not give you immunity from enemies firing from outside the dome.

Along with farming, you can build Khora for a Crit build. A crit build will require you to rely on charging up your melee combo counter first, and you can use the Accumulating Whipclaw augment to get stacking damage bonuses when using Whipclaw.

Below is the general purpose build I recommend for missions throughout the star-chart. As seen from the abilities above, Khora works best with high Range and Duration.

You can also substitute Intensify for Pilfering Strangledome when you’re doing Survival missions.

Khora is one of the best Warframes for Survival missions, and works best when the entire team is camping in one location. Along with a unique passive ability, she has a unique playstyle with her whip and Strangledome. Acquiring her components is the only challenge, although you can easily bypass the cost by grinding Relics instead and trading for Platinum.